In the beginning of the 19th century, Romanticism styled park with a nature trail was built on the place of old medieval castle. The journey to Zamecky Hill (Góra Zamkowa) goes along southwestern slope through specific natural areas – ivy area, park alley, and forest with memorial trees. This trail goes then to historic buildings, or their remains at least. Living guide is replaced by the 3-language information board. 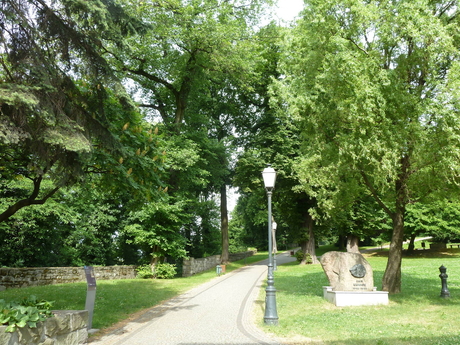 You can get from Czech to Polish Tesin (Cieszyn) across a bridge. Then you turn left and go around Hunstmen Chateau, former Habsburg residency which is a musical school today. The chateau was built on the foundations of the so called Lower Castle. The Olse River creates the boundary between the two states right according the Czechoslovak-Polish quarrel over the region of Tesinsko; which by the way spanned over many ears. Tesin was Czech, Polish, Austrian, and eventually was left split into two halves. The border between them is the very river. 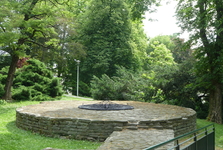 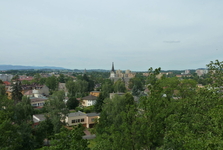 At the compounds of former Upper CastleYou will find the remains of a gate, medieval pavement, and limestone tower foundations. The tower used to guard the entrance towards the end of the 14th century. In diameter it was 10 meters wide, the walls were 3,3 meters thick. Other wooden buildings were added to the fortifications. The latter being composed of a mud embankment with wooden palisade. The first stone building there was the St Nicholau’s and St Wencesla’s rotunda , another tourist sight. It is more important for the Poles as it is one of the oldest buildings in Poland. It silhouette is also on the 20 zloty banknote. The rotunda comes from the 13th century, it used to be a castle chaple but also served people from the lower castle. Masses are held there even today. Also in the 13th century, the construction of vast Gothic castle was on the way, a residence of princes of Tesin coming from the Piast dynasty. 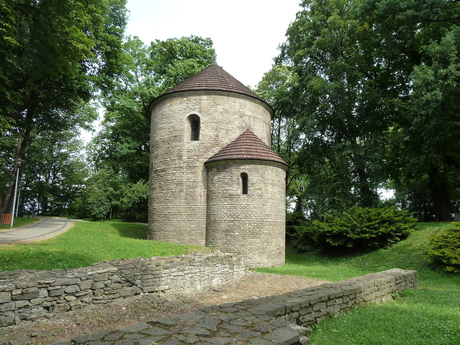 The tower of last defense comes from the second half of the 13th century as well. Its bottom part used to be a prison. It was a guard tower as well as residential tower. Later it became a part of defense walls. Its original form was renovated in 2001-2 archeological works. Right next to it, there are the remains a brick building – 16th century chateau kitchen. At the first glimpse it is not apparent what kind of object it actually is.. 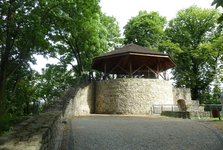 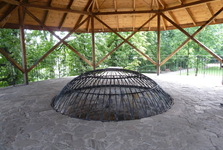 The Piastovska Tower dominates the park . The tower was built in the 14th century, it is 29 meters high and today it works as an observatory tower. It is the only tower of four that surrounded Upper Castle which ahs been preserved. Its present form comes from the 19th century renovations, about the time when Prince Charles of Habsburg made it his summer residence. The Gothic tower and Romanesque rotunda are the only two buildings that are left from the demolition works in 1836. 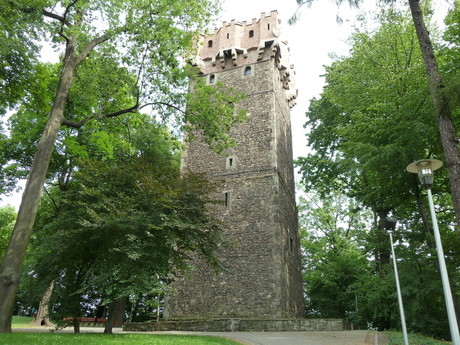 You wouldn’t even like to leave peaceful place for noisy square in Ciezsyn. The square there is older then the one in Cesky Tesin. From the latter it is really close to the Well of Three Brothers, a place legendarily tied to the city’s founding.. 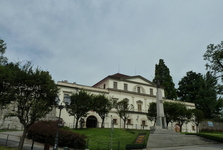 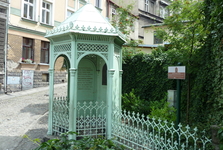