In the northwestern part of Zakopane there is the Gubałowski Mountains with the Gubałówka Peak (1120 m above sea level). The availability of this part of the city is excellent, there are several parking lots. In addition to the bottom railway station, there is a marketplace, various shops, even an entertainment center with roundabouts or a huge slide. The whole area is completed by stylized folk buildings. 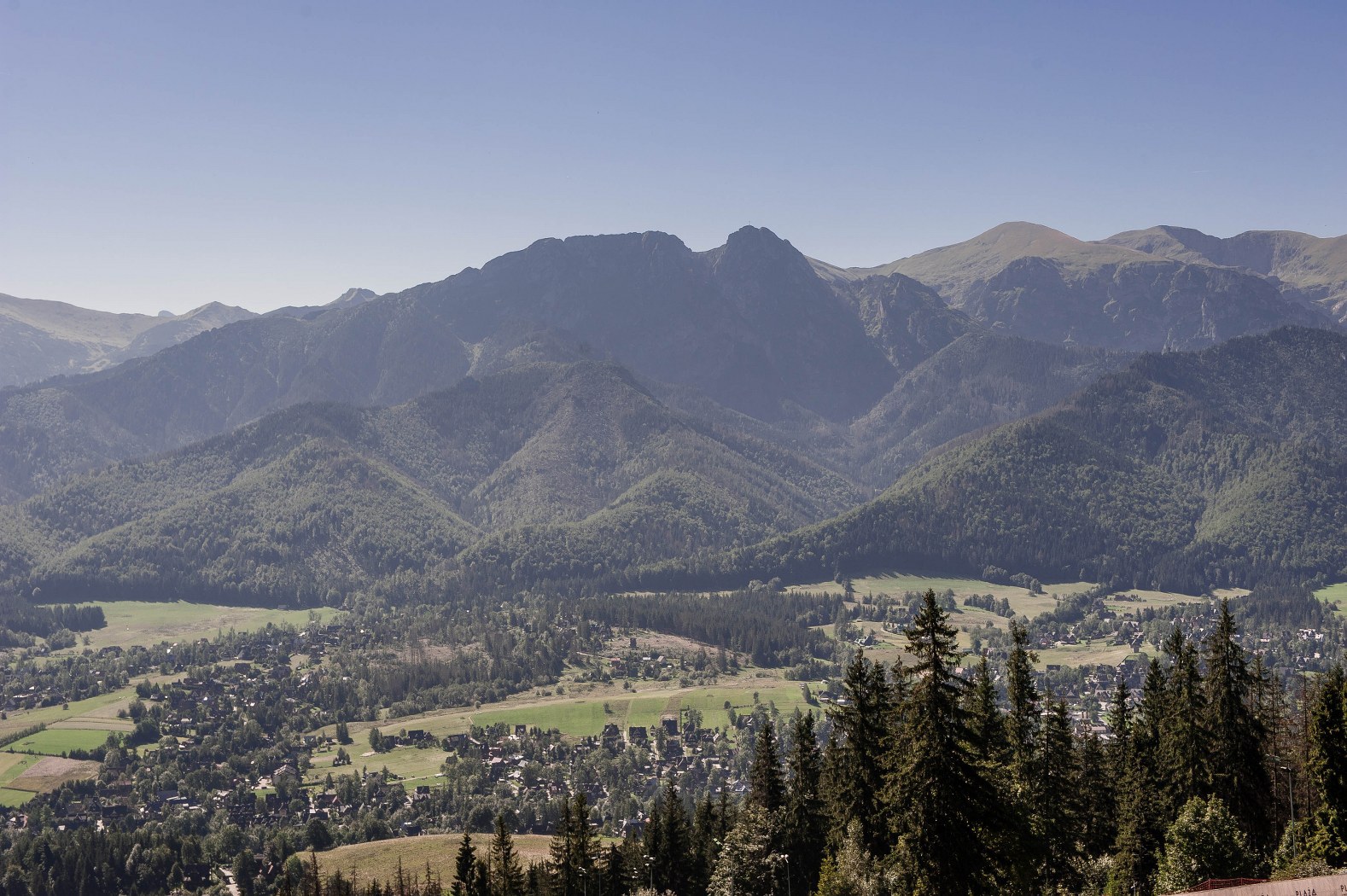 However, our goal is hiking, so we buy tickets for the Gubałówka funicular, which takes us comfortably to the top of the hill. The funicular has been standing here since 1938, its length reaches almost 1,300 m and overcomes a height difference of 300 meters. Its operation is year-round, so you don't have to worry about losing your driving experience. You will be able to enjoy a magnificent scenic ride with a modern (Swiss) glass-roofed vehicle that offers wonderful views of the countryside. The transport capacity of the cable car is fantastic 2,000 people per hour, so you don't have to worry about queues. 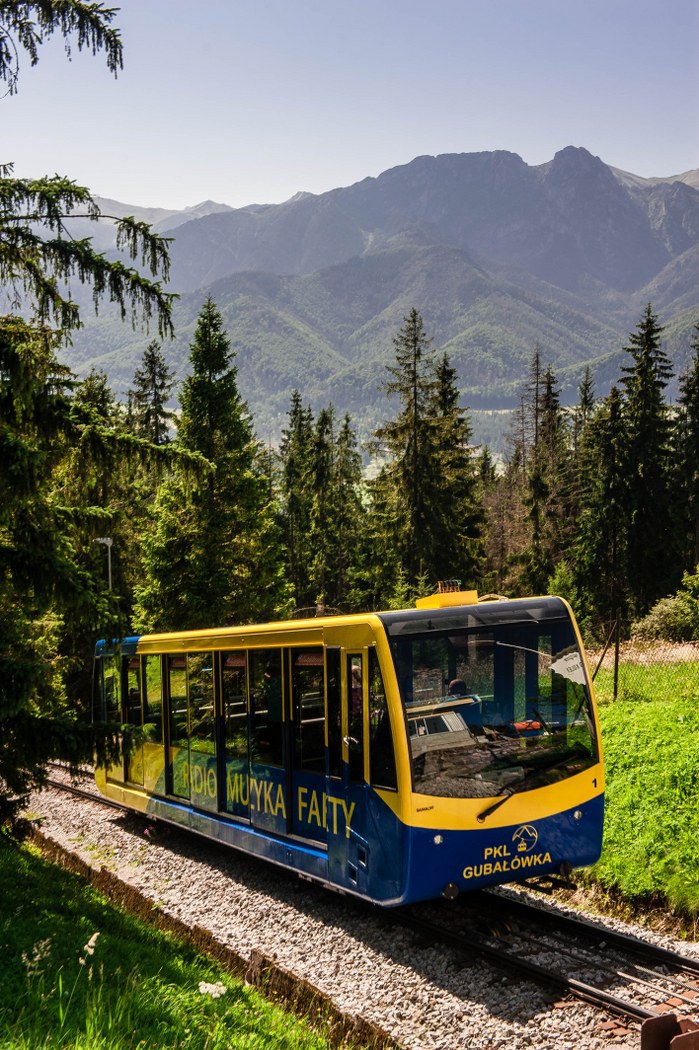 At the top you will be attracted by the panoramic views of the Polish Tatra Mountains, the city of Zakopane, Beskids and Pieniny. We were also attracted by a radio and television transmitter with more than 100m mast, bobsled or ski resort. All around were restaurants, cafes and buffets. 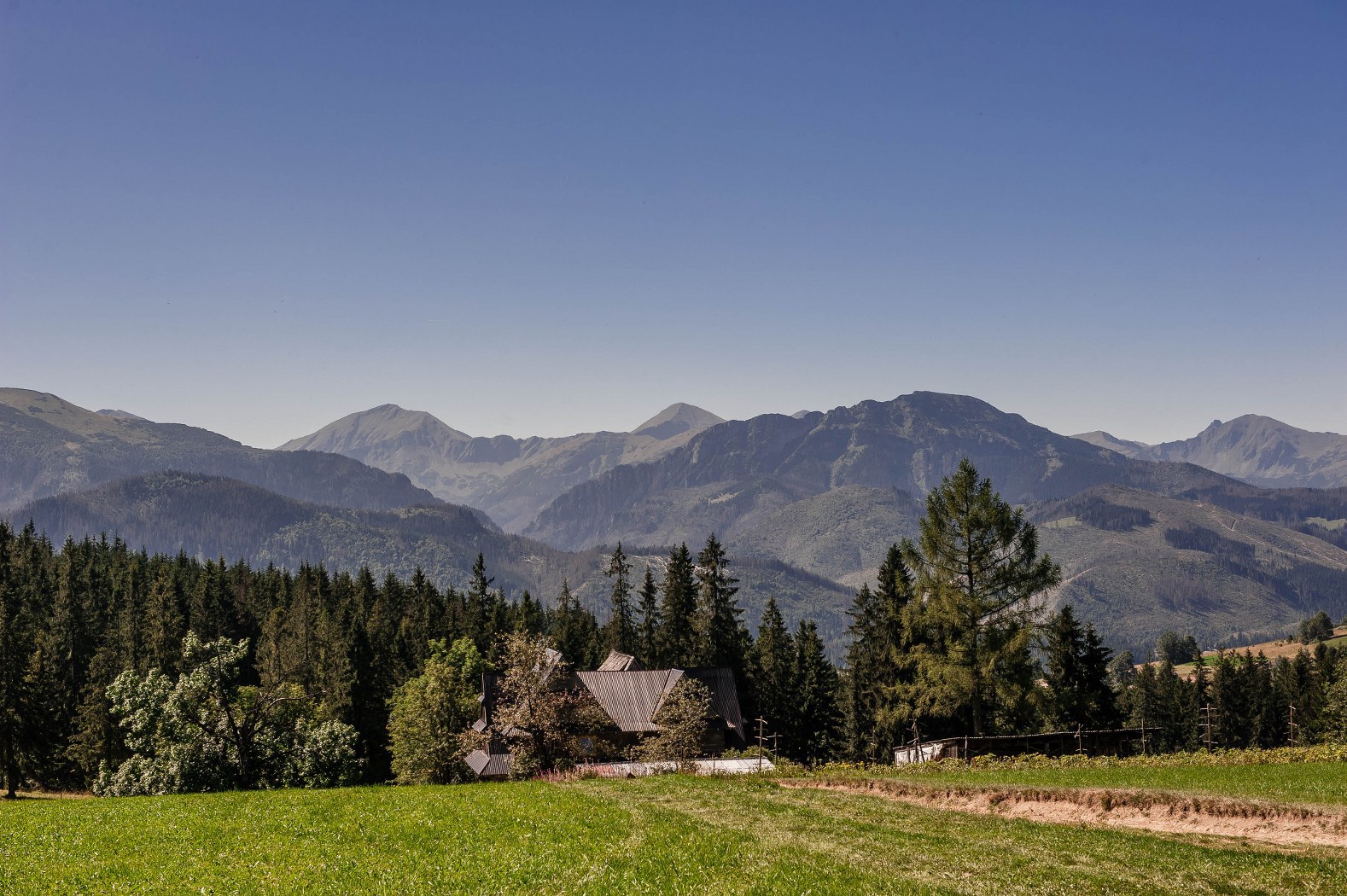 We resist temptation and walk to nearby Butorowy Wierch (1160 m). The tourist route is also the so-called papal route, a route that many years ago also Karol Wojtyła, later Pope John Paul II. Butorowy Wierch can also be reached by a chair lift from Kościeliska. The reward for undemanding tourism was views of nature, mountain peaks or several ski slopes, wooden chapels, rope centers and picturesque houses. 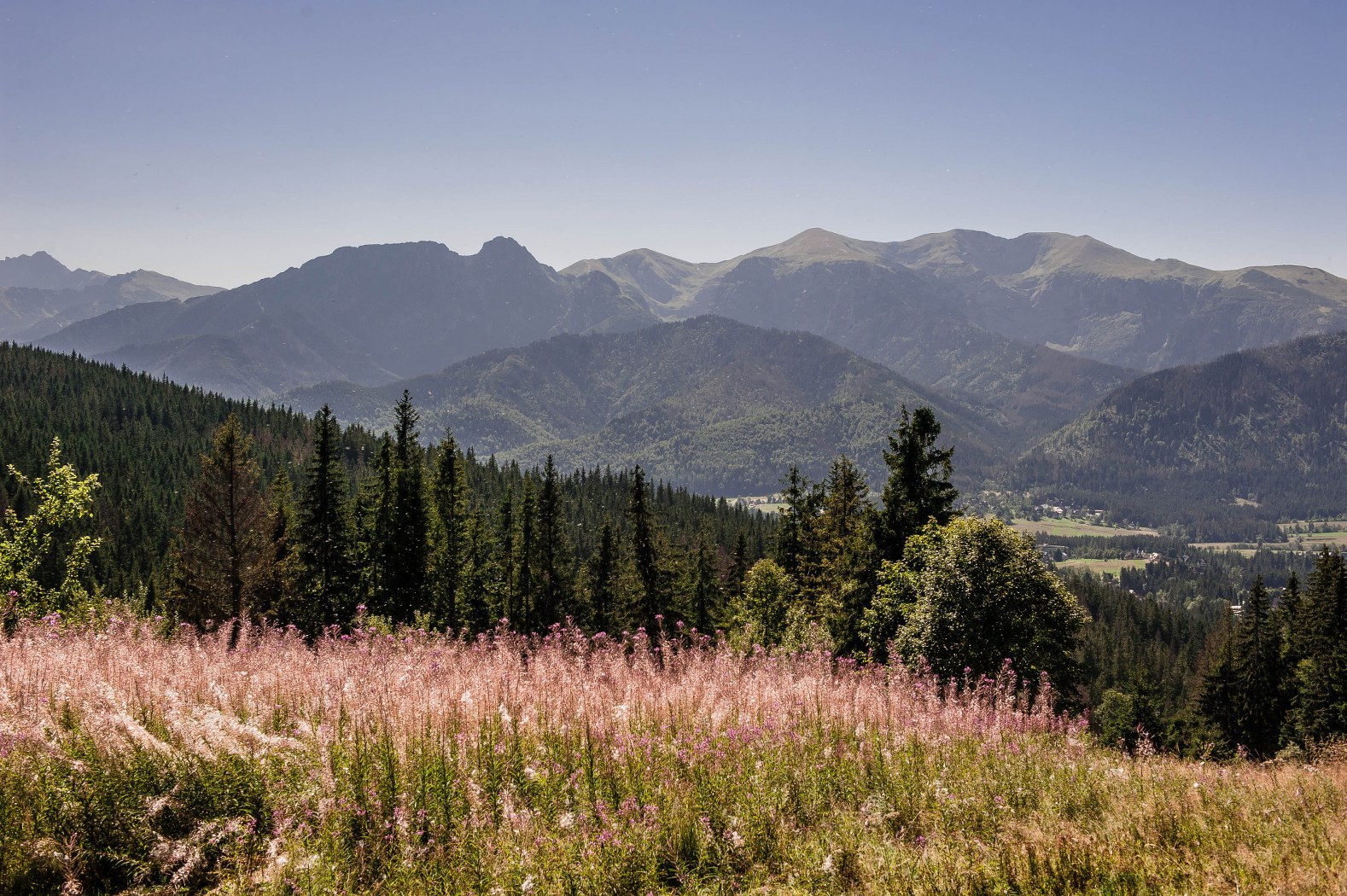 The whole area is a holiday resort with a wide range of services, refreshments and accommodation, so if you are looking for deserted wilderness, you have to choose a different location. Nevertheless, we recommend this easy trip.