Town Rostov is located about 200 kilometers northeast from Moscow. It is located on Lake Nero that covers 54,4 km2. The interesting fact is that the lake has 18 inflow. Its surface use to be frozen more than half a year, from October to April. People use lake for transportation and fishing. But lets get back to the town. Rostov has slightly more than 40 000 inhabitants. It is a small town compared to Russian standards. Despite this, it has lots to offer 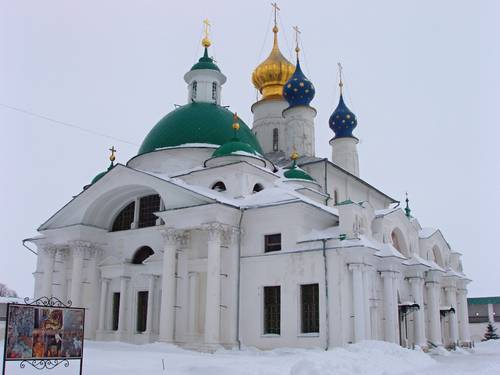 Even before we get to talk more about the sights and interesting corners of this town, we just want to draw attention to the terminology, because in Russia there is also a city of Rostov-on-Don. The latter is located near the Azov Sea, in south Russia. To not get confused, people usually call Rostov in the north Rostov Velikij, Great Rostov. 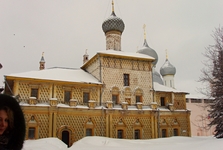 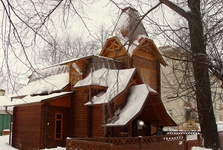 Immediately when we entered the town, we im experienced a peaceful atmosphere, which magnified the snowy streets and buildings around. From the history of the town we knew that the first inhabitants were Vikings . After many years of independent development, the town became part of the Grand Duchy of Moscow. They reside here archbishops and metropolitans who contributed to the status of several landmarks of the town. The most beautiful among them is "Rostov Kremlin ". Term Kremlin means a medieval fort or town castle that operates(ed) as an administrative, military or religious center. The Kremlin of Rostov is different. It is situated at the center of the city and also on the banks of the lake. It consists of several buildings. The most significant of these is the Temple of the Dormition of the Most Holy Mother of God. It is a beautiful white building with five silver domes decorated with frescoes inside. On the magnificent grounds of the Kremlin you will also find other churches and museums. In the warmer months, these beautiful spiritual buildings are completed by a nice greenery, which also includes the metropolitan garden. But we could admire this beauty only in winter. 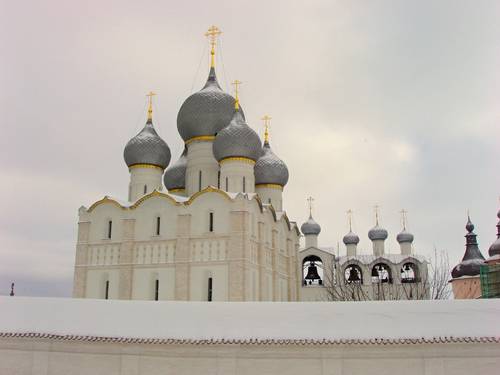 Also you should visit Rostov Citadel that has typical onion shaped towers, it is an another nook of this lake town. Rostov offers you many gastromically interesting places in local restaurants. We recommend you to undertake this restaurant-tour. 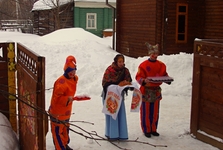 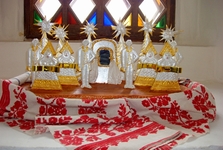 At the beginning of this article we mentioned that the town of Rostov is included in the so-called the Golden Ring of Russia. I'm sure you're asking, what does this mean? The Golden Ring of Russia refers to a group of interesting excursion and tourist points of the city located north-east of Moscow. This area is also considered the cradle of Russian statehood. 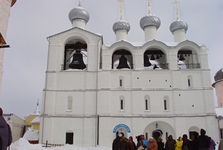 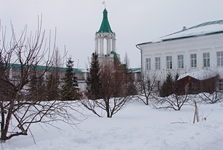 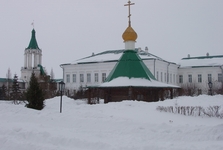 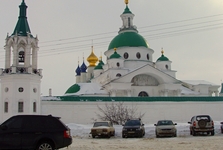 Russia is extremely rich country that is proud of its history, tradition and culture. Each part or region has its specifics and the town of Rostov is no exception. We loved it here and we took numerous souvenirs and had a lot of wonderful experiences.