en.infoglobe.cz » SK: A Trip from Spisska Kapitula to Zehra II

Near Spissky Castle we noticed truly interesting scenery in front of our eyes. We stumbled upon Ostra Mountain which is part of Hornadska Basin. While walking we were admiring the so called travertine mounds, rare vegetation, or a paleontological excavation site. Travertine is somewhat of a Slovak national rock which is very common in east Slovakia. No wonder then the castle and other important buildings saw travertine their primary construction material. Travertine is a type of limestone which is created by condensation of fresh mineral springs or thermal springs. Therefore, when taking a closer look you can recognize pores, various structures, petrified plants or animals. 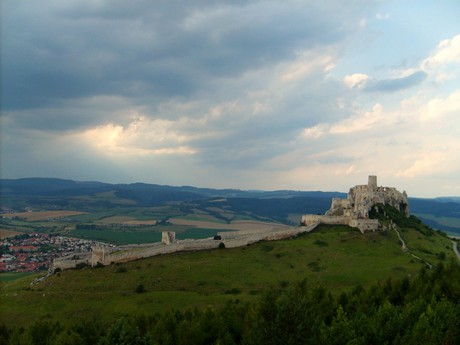 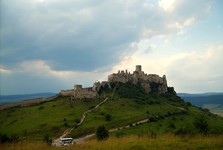 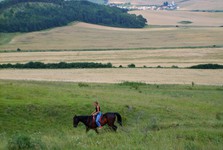 This bleach white-gray rock is really fascinating. We even didn’t know that soon we would be in literally rocky town. Flawlessly we got inside the Drevenik national nature reserve which covers million square meters. The reserve and Spissky castle including other sights around are included in UNESCO’s culture and nature heritage. 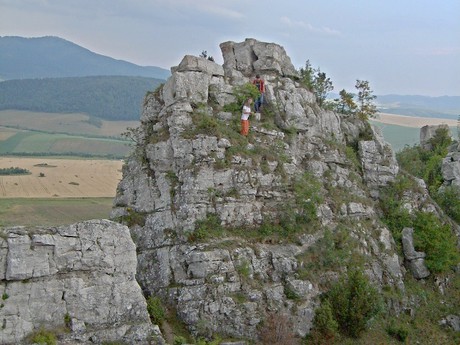 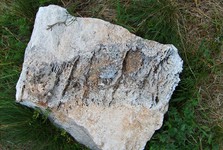 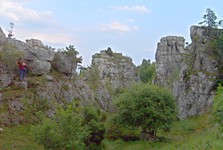 The reserve is interesting on two levels – natural and historical. In the area, remains of a Slavic settlement were found making it one of the earliest settlements in eastern Slovakia. Its area makes it one of the largest travertine areas in Slovakia. There are also caves. We have seen couple of them. The road goes at the bottom. However, we climbed up one travertine hill and enjoyed beautiful panorama view. Wonderful experience. 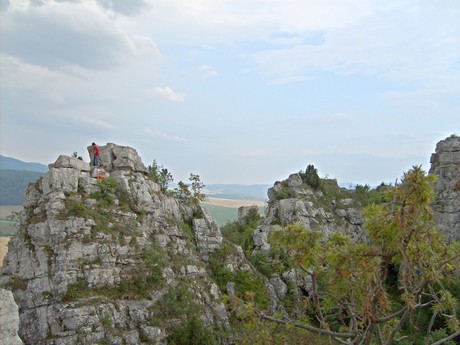 As we were running short on time we increased our pace. Couple of minutes later we finally reached Zehra town . On a hill we already had noticed church of the Holy Spirit built in the second half of the 13th century. 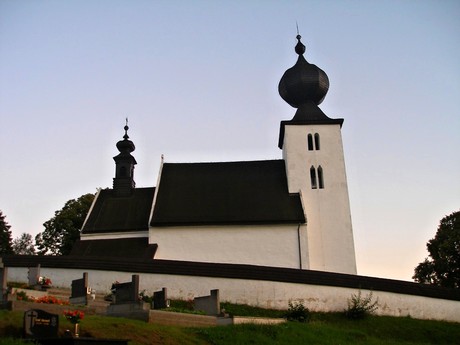 This two nave gem of architecture has a characteristic onion-shaped wooden dome. It figures on UNESCO’s world heritage list. To get inside was, however,

quite a problem. It was long after the closing hour. We did not want to miss the opportunity to see it from inside. Therefore we asked couple of people around how we can get inside. They directed us toward the administrator who was very kind and took us to the church. Moreover, she even told us about its history. We were really amazed right at the entrance. The paintings inside are beautiful and create a whole iconographic cycle. They were made during the 13th and 14 centuries. Other valuable paintings as well as a stone baptismal font, altars and other works of art. We loved the wall paintings of the Living Cross and Pieta the most. Until recently they had been hidden under much later wall painting. Our impressions of the church as well as kindness of local inhabitants were really strong after we left.

Then we moved to a bus station. After a ride during which we had to transfer to another bus we reached Spisska Nova Ves . By a close margin we managed to get onto a night train which would get us home. The trek was not difficult. However, it was long. We are sure that you are going to like it.