As we mention in the beginning of the article, to get to Castle Bily Kamen it is the best to start at Svaty Jur. Take the blue tourist trail. In Nestice district (at Gothic church with a wooden belfry) the trail splits to a blue one and a yellow one. It is the yellow tourist trail which gets you to the castle. The trip is easy one and kids will make it easily as well. It takes about an half-an-hour. 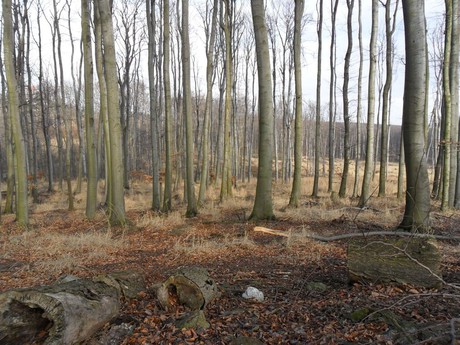 All of a sudden, remains of castle ramparts appear in forest covered terrain. These are sort of remains of once famous Gothic castle which replaced former stronghold which was on the other end of the valley. The locality is called Nestch Hradiste or also Svatojurske Hradiste. 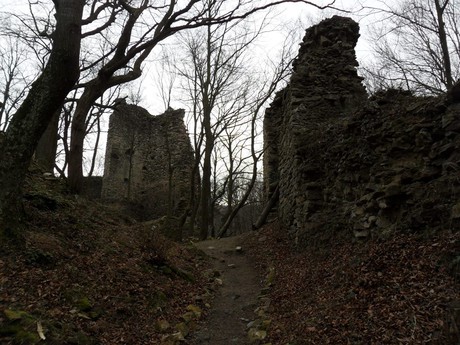 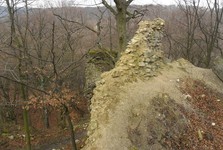 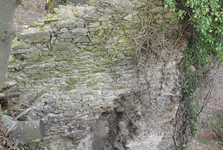 Property disputes of the then dukes of Svata Jura led to separation into two parts - Svata Jura and Pezinok. This led to the construction of a new castle - Castle Bily Kamen. Its origin traces back to 1271 (the nature trail says 1241). The castle guarded the trade road from Bratislava to Trnava and also the mountain pass from Svaty Jura to Stupava. The nobles of Svata Jura and they lived there until the year 1526. Later, the House of Zapolsky bcame the lords of the dominion. Since the 17th century, Stefan Illeshazy got the dominion. He built there even local renaissance chateau. Unfortunately, the this was the last time when castle had at least some grandiosity to it. It had to face Turkish invasions. Moreover, its owners left it to decay. 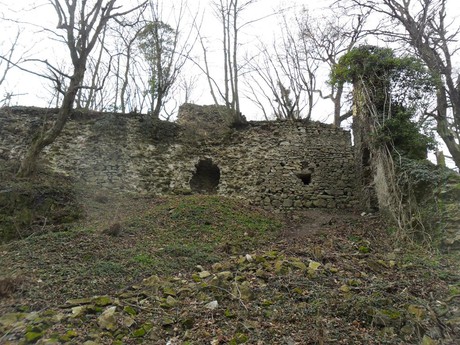 Once it covered a vast area of the top of the hill. Today it is in ruins. What you can see is a part of eastern wing with the remains of Gothic brick vault, arched cellar at the norhtern section of the castle, and one well-preserved window and part of castle walls. The best preserved part of the castle is the torso of the prism towe which fortified the eastern side of the rampart. There are pathways along the entire ruin which make moving around much easier. Even though there are almost no vistas to enjoy the ruin still has amazing atmosphere of the past. 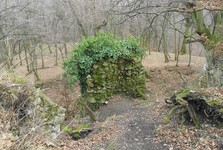 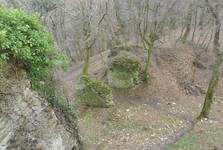 If you intend to end the tour at the castle sooner then we recommend Svatojurska Nature Trail which takes you through interesting natural and historical points of interests in the area. Once, the castle rose proudly above vineyards but now is hidden from the eyes of tourists. Upon a short climb, however, it unveils its mysteries. We warmly invite you to unveil them with us.