These natural resources made the city important in the past and it importance had been raising. Bela IV granted the the then small settlement town privileges. The golden age spanned during the 15th and 16th centuries. Productive copper mining operations allowed many landmarks to be built and many of them survived till the present day. This the reason why “copper” is adjective often used with Banská Bystrica. 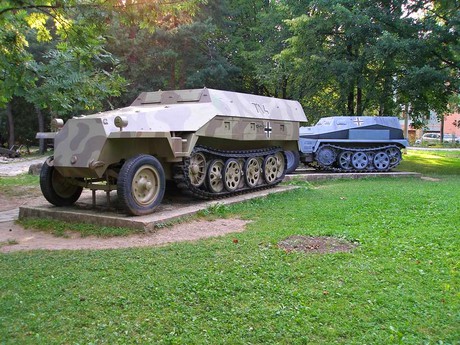 However, today we don’t follow the history. On the other hand, the SNP memorial, one of the most distinct landmarks in the city, with the adjacent museum are both worth visiting. And also, there one should ponder on foolishness of the mankind. Today, we are more interested in guiding you through Banska Bystrica and its greatest attractions. Then you will have no doubts left 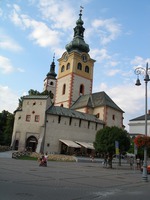 on how important it is to visit the city.

Banska Bystrica is a modern city. The tourist or traveler can see a lot here. We start in the historical center. In 1955, it was declared the landmark reserve. Its most prominent part is the city castle. Once you see its fortification and Petermann’s belfry (called barbakan) you will be overwhelmed with the feeling of greatness. It will not pass soon. Further away, there is the beautiful church of the Assumption of the Virgin Mary. The St Barbara chapel stands on the north side of the basilica. There is late Gothic altar by Master Paul of Levoca . Right behind this religious building there is the oldest secular landmark within the castle’s precinct – Matejuv Dum (Matthew’s House). 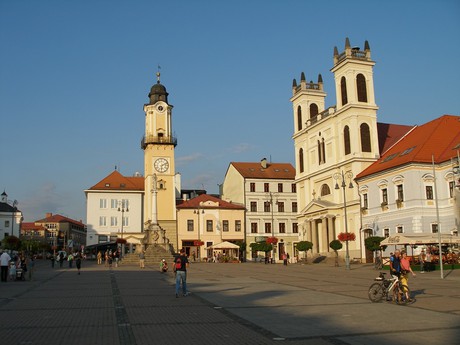 If you don’t enter the castle compounds and stay rather on SNP square the Clock Tower surely catches one’s attention. Built in the 16th century, its statics was damaged in the late 19th century. Its inclination increased of 68 centimeters. No wonder locals call it the leaning tower. The observation gallery is at about 20 meters. Up from there you get fantastic panorama of the city. The town hall is also on the square as well as St Frantisek Xaversky cathedral, huge black obelisk to honor the soldiers of the Red and Romanian armies. Apart from other landmarks, you can also see a Marian column and the significant stone fountains. 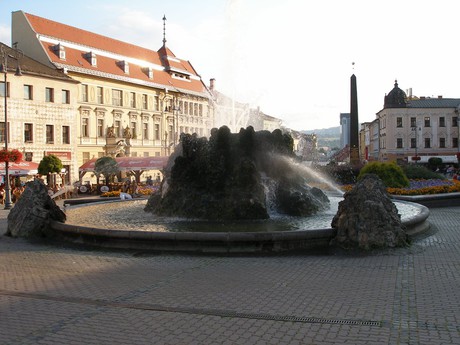 Another places to see are chateaus, or the highest building in the city – Europa Business Center. Inside this building there is a large shopping mall. In case of culture and art – then you can visit one of many theaters or the State Opera, Divadlo z Pasaze, Studio Tance or Loutkove Divadlo na Rozcesti. There are museums and galleries in the city as well.

Banska Bystrica is region’s administrative, cultural, and scientific center. However, Zvolen posses a strong competition in these fields. The city offers rich sporting activities. You can play some of your favorite sports here or take a trip around the city. It is a great place to set off your trip Spania Dolina, a picturesque mining town. Another option is to see the timbered articular church in Hronsek. The church is a UNSECO landmark. The Hron river is another must-see. Riding this river is an experience long to remember.

Many events take place in Banska Bystrica. All year round people from here and afar come here to see such. Should you be interested in magical medieval streets of the royal city and the atmosphere of unforgettable impressions then you must visit this city in central Slovakia. You won’t be disappointed.