The city of Bardejov has for several times been declared the most beautiful city in Slovakia at the competition of the same name. No wonder! This historical city has been part of the UNESCO's World and cultural heritage. There is lot to see. Perhaps the most significant is its Radnicni Square. There are beautiful Gothic-style town houses, St Egidius basilica minor, and former town hall. The latter is the first Renaissance construction in Slovakia. Today, there are collection on display of the Saris Museum. 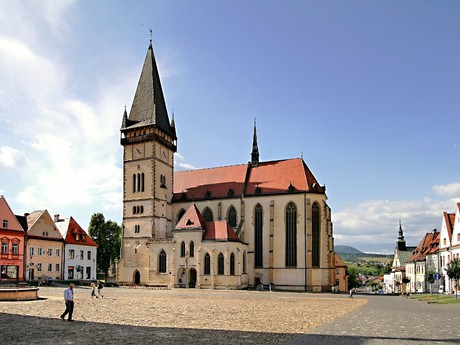 The fortification is, however, interesting as well. It belongs to Europe's best preserved and generally best fortifications. Franciscan cloister of St John the Baptist is another beautiful sight decorating the city. Then there is a Jewish suburb, and a renovated park with a fountain at the wall. 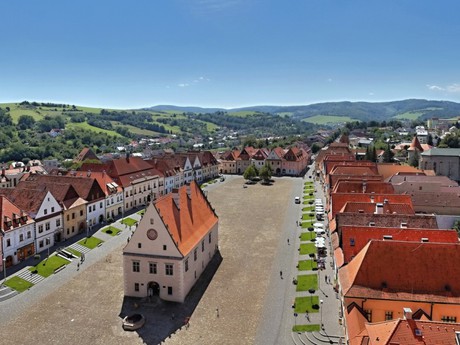 The suburbium of Bardejov is another place included in the world heritage. It is a group of Jewish buildings situated in the historical district. Among them is also the Old Synagogue which is one of the most precious synagogues in Slovakia. It is also unique in the sense that it has 9 arches. 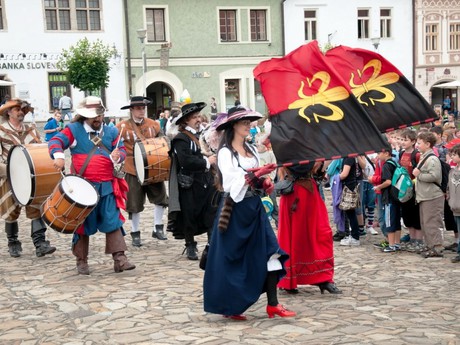 Were you interested in enjoying the atmosphere of the city, be sure to visit it during Bardejovsky Jarmark fair, an event taking place every August. Vendors show their vast veriety of goods, refreshments, or meals. Artisans demonstrate their craft and display their work. Also, there are some amusement parks present at the event which lasts four days. Everybody can enjoy rich program which includes all sorts of music styles and other types of events. 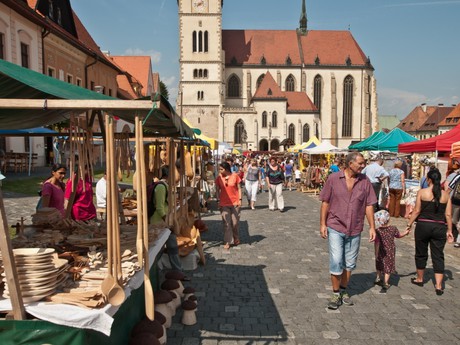 Bardejovske spa is situated about 5 kilometers from Bardejov. It is very popular spa in Slovakia. Also, it is one of the largest spa in Slovakia with longest continous spa services. Empress Elizabeth known as Sisi, the wife of Franz Joseph I enjoyed the water here in 1895 already. And it is also the oldest spa. You can see her statue in the spa park. The Emperor of Austria-Hungary Joseph II stayed here as well (1783). The same goes for Maria Luisa (1809), the wife Napoleon, Russian Tzar Alexander (1821), or Polish Queen Maria Kazimiera Sobieski, the wife of King Jan III Sobiesky. 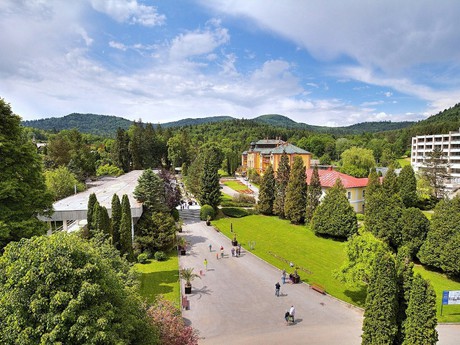 Here you can enjoy many wonderful events every year. To name just a few: the International Music Summer, Bardejovske Spa Days, beer and wine festivals, regular classical or brass band music. Local pool is open during holiday months. They offer there an unusual animation course for little children.

There are other sights in Bardejov and around which we recommend you. The Holocaust Memorial (Dlhy rad 34) which is adjacent to the Jewish suburbium. Cierna Mlaka nature trail is also interesting. Its main focus are functions of forest which are not productive. The trail could be walked at any time in the year. There are three routes of different difficulty: Jedlovy (1,9 km length, 100 m elevation), Bukovy (3,7 km , 220 m elevation), Javorovy (3,9 km length, 290 m elevation). The entire length is 4,460 meters. There are 18 theme stops. Also, there is a wooden lookout tower. From up there you can see Zborovsky castle, stone terrace platform offering the view of Cergovske Mountains, St Hubert chapel, a beast rising from the waters of U Zimni Studny lake, or other interesting sights. There are benches on which you can sit and take a break. There are also springs, or a fireplace by a log cabin. 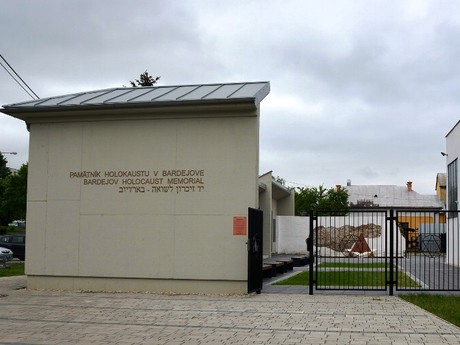 We would like to mention the Museum of Folk Architecture, which is an open air museum in Bardejovske spa. Founded in 1965, it is the oldest open air museum in Slovakia. There are 24 objects on the area of 1,5 hectares which visitors can explore. These objects present culture and architecture of two ethnic groups: Slovaks and Ruthenians,, a minority which lives in the area of upper Saris and northern Zemplin. 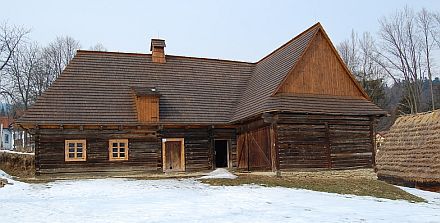 To name other popular places around Bardejov - there are 7 Greek-Catholic churches that are well preserved, and a Roman-Catholic wooden church: Hervartov, Trocany, Krive, Kozany, Lukov, Fricka, Jedlinka, Mikulasova, Zboj. Usually, these are closed but they usually can be opened upon request.

People who love horses should visit Slnecny Majer, an agrotourist facility. Those who are fond of Middle-Ages should see Zborov, the largest town of the district of Bardejov that is just 9 kilometers away from the spa. In Zborov, you can hike up to Zboov castle. You can reach the castle when going from the spa. In order to see it, you have to take circuit nature trail (ca. 4 kilometers) that is an easy walk. Shorter route towards the castle starts Podhradie street, Zborov (40 minutes). 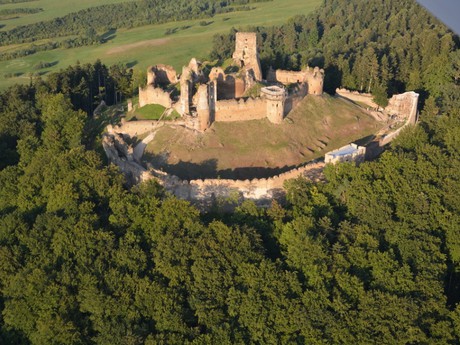 Originally, this was a Gothic-style castle. It was built on the site of former Slavic fortified settlement. The first written evidence of it comes from 1250. Recently, there has been ongoing renovation of the fortification. Still, the castle is open to the public. Concerts take place at the castle during the summer. There is the oldest nature reserve above the castle hill. The forest is a mix forest - there are oaks, beeches, hornbeams. The reserve covers an area of 24 hectares. The main architectonic sight of Zborov is the Rakoczi chapel built in 1640 at the church of St Marketa. There are also a WWI cemetery, a WWI memorial of the famous 28th Prague regiment, a WWII cemetery. The latter was renovated by a German association for grave restoration which makes it the first one such cemetery in Slovakia

This is just a glimpse of interesting places you can visit during your journey across the region of Saris. Therefore go and explore Bardejov and its surroundings.