Fortified Church with A Leaning Tower

Right in Nove Mesto, there is one of the most interesting sacral monuments we have ever seen. It is a fortified church of the Nativity of the Virgin Mary. It is late Romanesque, later rebuilt in Gothic style. It is remarkable that his tower is diverted from the vertical axis by a full 107 cm!

Only 6 km southwest of the town lies the famous ruins of the Cachtice castle. He was most famous for the mysterious and frightening legend of the Hungarian noblewoman, Elizabeth Bathory, who was said to have bathed in the blood of her maids. We were wondering if the place is really a source of negative energy and whether we are able to feel it in some places. Many sensitizers even warn before visiting the castle, said the local energy zones may cause severe headaches and nausea. We walked through the castle crisscrossing and we could swear - the head didn't hurt anyone. On the contrary, we were enchanted by the view of the beautiful countryside in the area. We were also entertained by a sign posted here to commemorate the filming of Oldřich Lipský's film "The Secret of the Castle in the Carpathians". 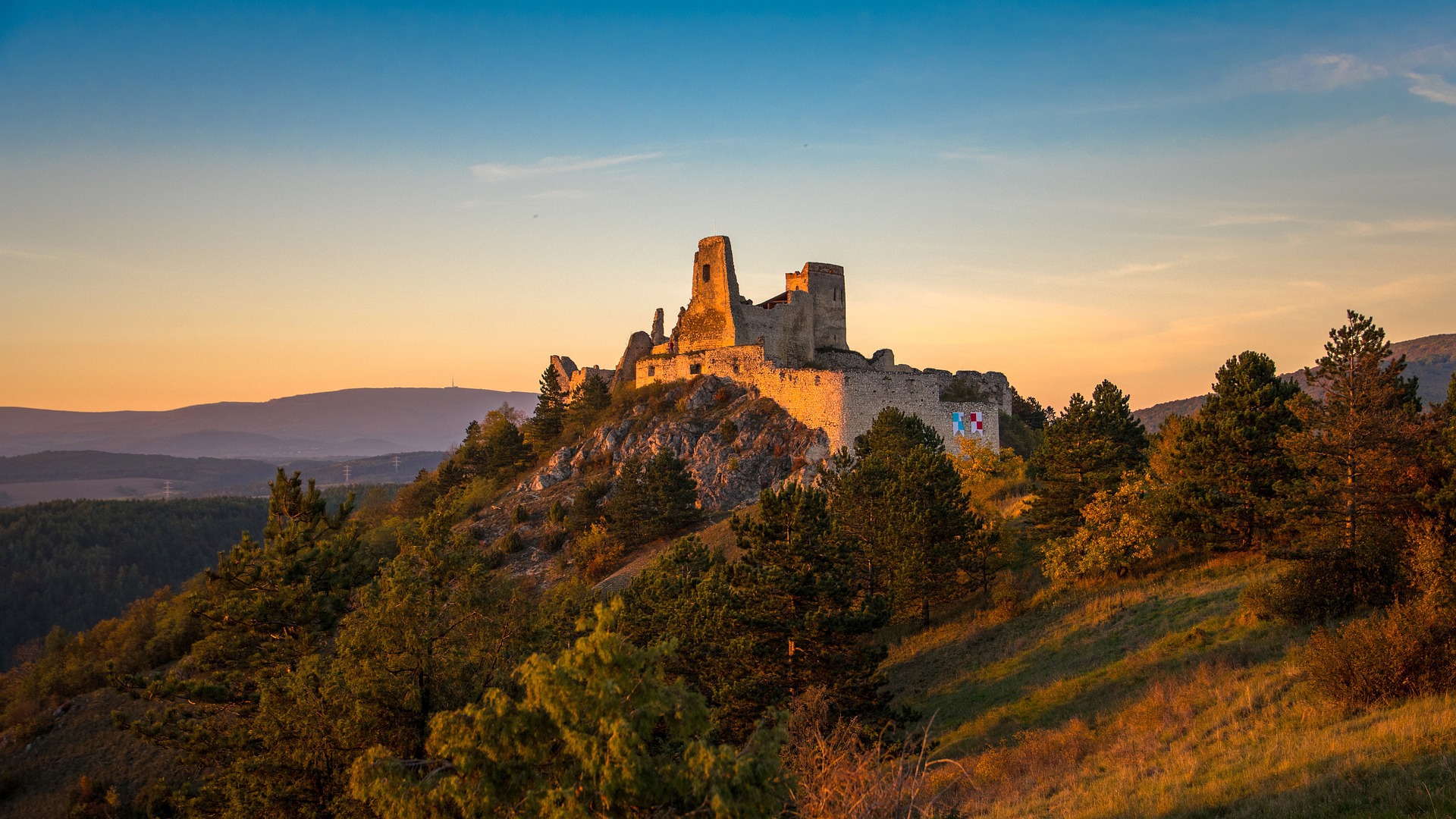 From Nove Mesto to the other side and the same fantastic ruin - Beckov Castle. He has no bloody legend, so perhaps he is not so well-known, but otherwise he does not deal with Chachtic. Here again, the legend about Catherine is told, which is also the subject of the visitor's game. Playful tourists come to their own place, there are a number of events motivated by the Middle Ages during the season. Visitors can learn about the construction and historical development of the castle from the guides during the tours. But it is best to lie down in the grass, observe the unusual shields of the castle palace, the clouds in the sky and the surrounding hills. 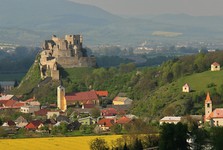 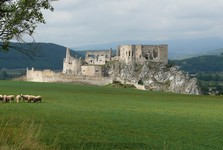 All the surrounding sights and nature can be best known if you have the opportunity to take a bike ride here. The hills here are mild, for moderate cyclists. For an idea: Cachtice castle is situated at an altitude of 360 m. The popular tourist destination along the 20 km long cycle route is Piešťany. In this spa town there is no shortage of cafes, pastry shops, restaurants and refreshments of all kinds, and the calm atmosphere of the landscaped city is literally a balsam for the nerves. 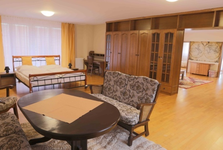 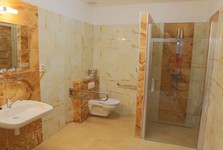 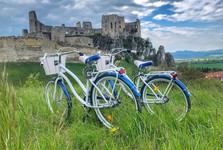 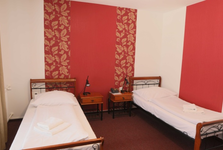 We recommend to stay Hotel Diana ***. We appreciated the fact that they also accommodated our dog and families could again find a large apartment with a kitchen. The hotel has an excellent location due to all the sights that are in the neighborhood, there is comfort, peace, excellent Slovak cuisine and above all, you will be lent to these bicycles ;-). 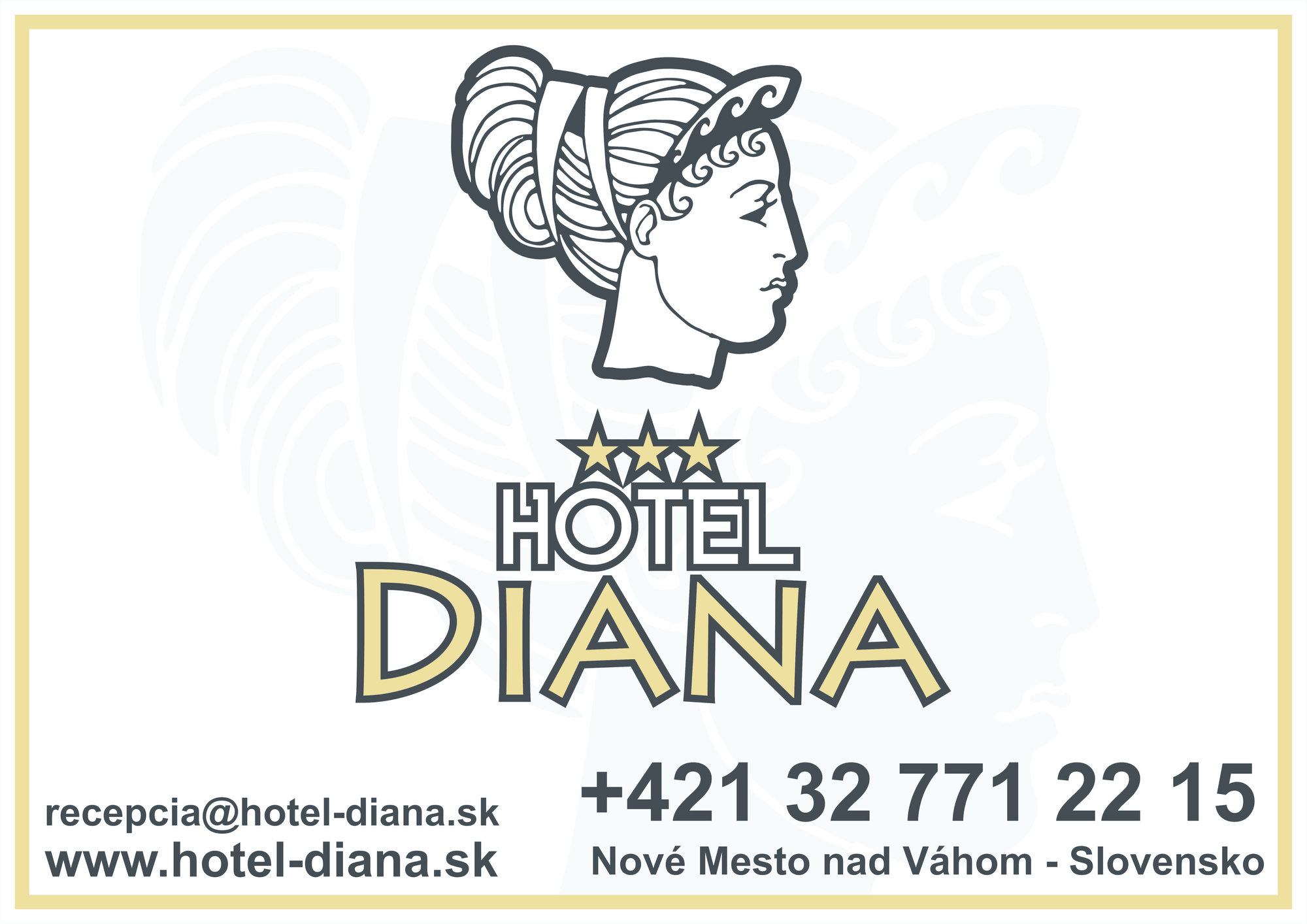