Almost nobody knows this village is one of the places which have the oldest trace of settlement (since the Paleolithic Age) in the Povazi region. The first written evidence dates back to 1208. The history of the village was closely intertwined with the medieval castle looming on mighty cliff. The castle was part of a defense castle perimeter in the Great Moravia . Stibor of Stiborice, a Hungarian nobleman of Polish origin, was the landlord of the castle in the 14th and 15th centuries. He made an important cultural center out of the village. Later there were other owners. In 1729, the lower castle burned down in fire which eventually spread over the castle itself making it a ruin. In case you are interested in castle’s history, we recommend you to visit the Ambrovci family renaissance homestead which hosts a permanent collection on the castle. 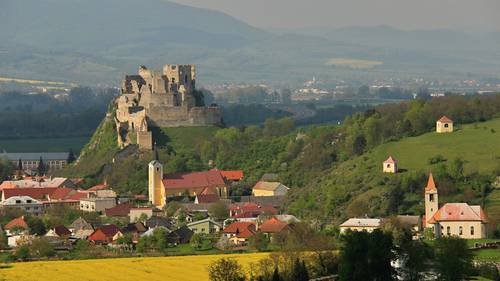 Church of Joseph the Foster Father and the adjacent Franciscan cloister, Roman-Catholic church of St Stephen the King , which is the oldest sacral building in the village (built in 1424), classicist evangelical church, Jewish cemetery, or renovated Zhupa orphanage which is today a restaurant, are among other sights to see in the village. 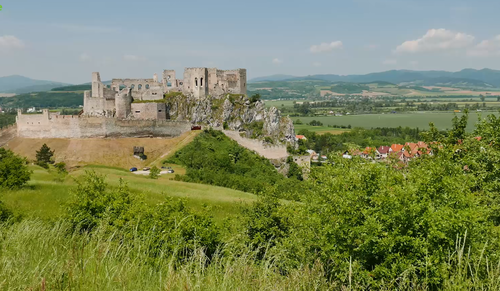 Craftsmen and production of alcoholic beverages, there were 5 distilleries in 19th century, were other features which made predominantly agricultural village famous. Famous persons of Slovakian life were born there. Among them the writer and Slovakian revivalist Miroslav Hurban, geologist and paleontologist Dionyz Stur, or famous painter Ladislav Mednansky . 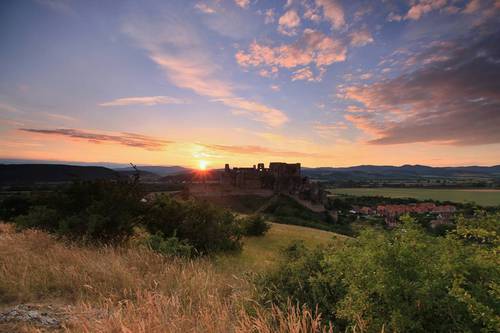 In case you have already discovered all sights in the village, set off to its surroundings. You can visit Sychrov, Skalka u Beckova, Beckovska Skalice all of which are nature reservations. Or go to Lipovy Sad, another protected area, or to the Beckovska Cave discovered in 1983 the total length of which is 150 meters. However, it is closed to the public. Beckovske Castle Klippe is a natural sight which will certainly capture your attention. 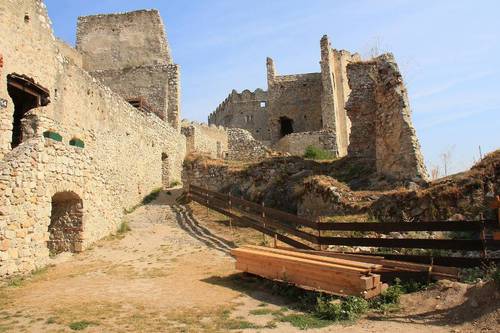 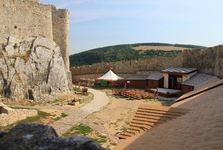 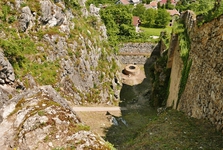 The ruin of Chocsky nappe was formed by the Vah river’s erosion. The place is an important locality, geology-wise. The klippe serves for the purpose of training climbs. On the top, the ruin of Beckov castle is to be found being one of the greatest attractions in the region and also one of the most impressive sights in Slovakia. The view is impressive atop on the 60-meter cliff and you can also travel back in time to the age when Beckov castle hosted kings, noblemen and knights. All thanks to extensive renovation works. As mementos on the time when Turks and Tatars invaded the land are various events held throughout the year at the castle. A more insightful look into its history is here. In case you prefer a walk, then we can bring you the castle closer in our video. Anyway, we recommend you to see this village veiled into mystery by yourselves!