Bešeňová lies between the two metropolises of Liptov - Ružomberok and Liptovský Mikuláš, near the Liptovská Mara waterworks. The village itself was founded in the 13th century, when the inhabitants were mostly farmers and shepherds. Later, the local people worked in a quarry, they also made a living by rafting on Váh (as evidenced by the coat of arms of the village), masonry or burning and subsequent sale of brandy. 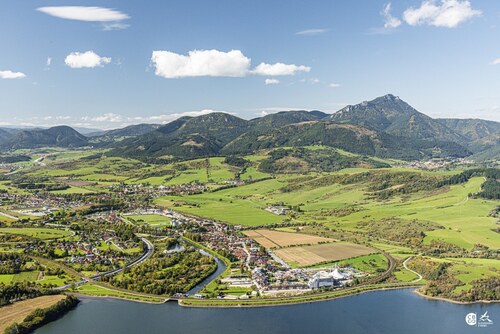 Liptov village is not so much visited due to history, but rather thanks to the year-round aqua park. Bešeňová Water Park and the recreation center around it was established in the late 1980s. This was caused by the discovery of thermal water coming from an almost two-kilometer deep well drilling to a surface with a water temperature of up to 62 degrees Celsius. Thanks to this natural wealth, Bešeňová is one of the most important localities for the occurrence of thermal water in Slovakia. 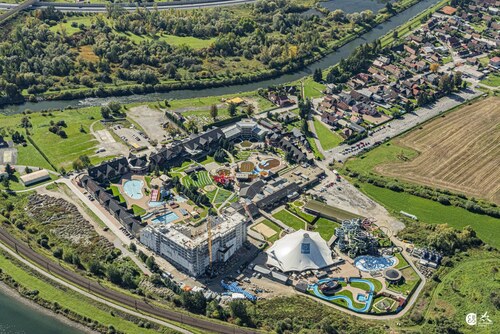 There are up to 14 springs with rich mineralization in the area itself. The local water has a beneficial effect on the locomotor and respiratory systems, urological problems and also has cosmetic effects. The presence of the element lithium in the water also has a positive effect on the psyche. It is interesting that the hot springs were once used by the Celts. 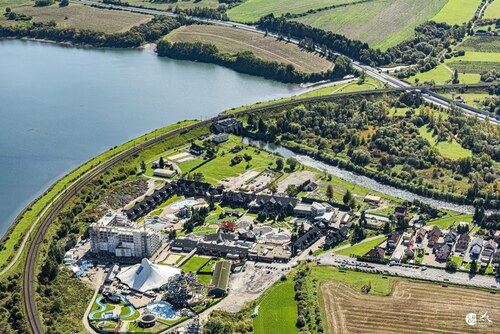 At present, you will find many swimming pools, water slides, whirlpools, a relaxation and wellness center. Bešeňová is an ideal place for family trips, where adults can relax and unwind, while children have fun to the fullest. 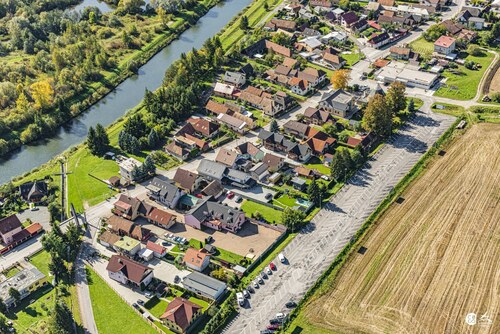 In order not to stay only by the water, there is a Renaissance manor house from the first half of the 17th century directly in the village. Around the manor there is a beautiful natural landscape park from the 19th century, which is currently fenced. The original granary, which is also a national cultural monument, has been preserved in its vicinity. It is connected to the manor fence. 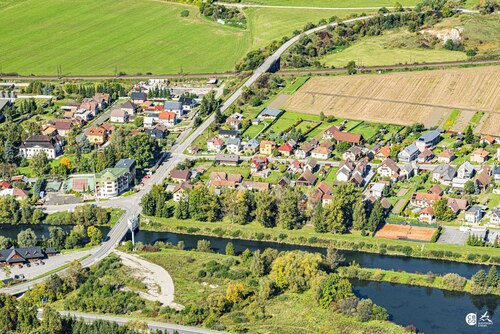 In addition, the immediate vicinity of the village is formed by a natural phenomenon called Bešeňovské travertines. These "freshwater" limestones were formed by precipitating mineral or thermal springs. Suitable conditions stimulated the emergence of the so-called travertine field with an area of 3.18 ha. Mineral water is constantly flowing down the cascades of this unusual phenomenon, which gives travertine a beautiful shine. The water contains calcium carbonate, magnesium, sulfur and iron, which creates a beautiful color. The beauty of this rock in the form of golden-yellow plates can also be seen in the building of Comenius University in Bratislava or at the Palace of Nations in Geneva, Switzerland. 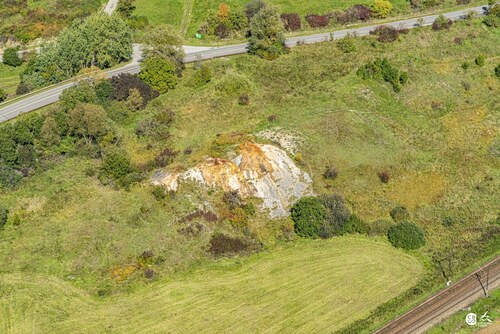 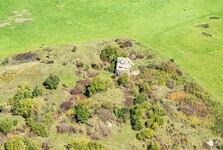 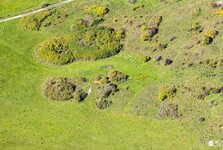 When visiting Liptov, be sure to visit the village of Bešeňová, which looks really breathtaking from the birds' point of view. You will be able to see for yourself through aerial photographs of the book Ružomberok and the surroundings from the sky, which are intertwined in the video above. You will be able to buy the publication, which will be available in printed form in July 2021, in any good bookstore or e-shop or win it! So follow our social networks and learn more. 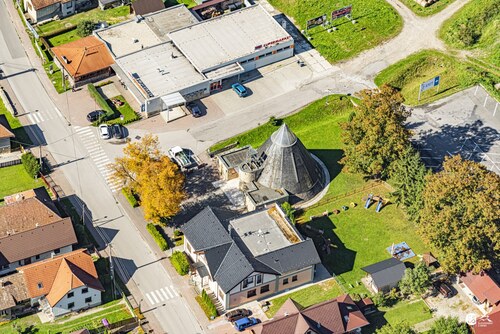 Published: 6.9.2012
In the north of Slovakia in Liptov area there are two picturesque villages surrounded by majestic mountains. One of them is well-known mainly for it’s water park with thermal water and tomatoes bat the dam Liptovska Mara and the other one which is below mountain slopes of Chocske vrchy, known for it’s healing water from the local spa.

Published: 8.11.2020
In the following lines, we will take you to one of the most beautiful places in Liptov, which abounds in history, unique views and sports opportunities. The place is Lesopark Háj - Nicovô located on the northern edge of Liptovský Mikuláš.

Get to know Bešeňová from heaven. Take a look at the tourist attractions from above - an aqua par...