The impressive lookout tower on Děvínská Kobyla offers wonderful panoramic views of Bratislava, the Austrian Moravian Field (Marchfeld), the foothills of the Alps (and the Alps themselves, Schneeberg Hill), the borders with the Czech Republic and Hungary and the Tribeč Mountains or Lake Neusiedl. The structure itself is an architectural gem that shows the fighting attitude of the mantis. The aesthetic shape of the lookout tower with three height-separated platforms, which symbolize the proximity of the tri-border (Slovakia, Austria, Hungary), is remarkable. 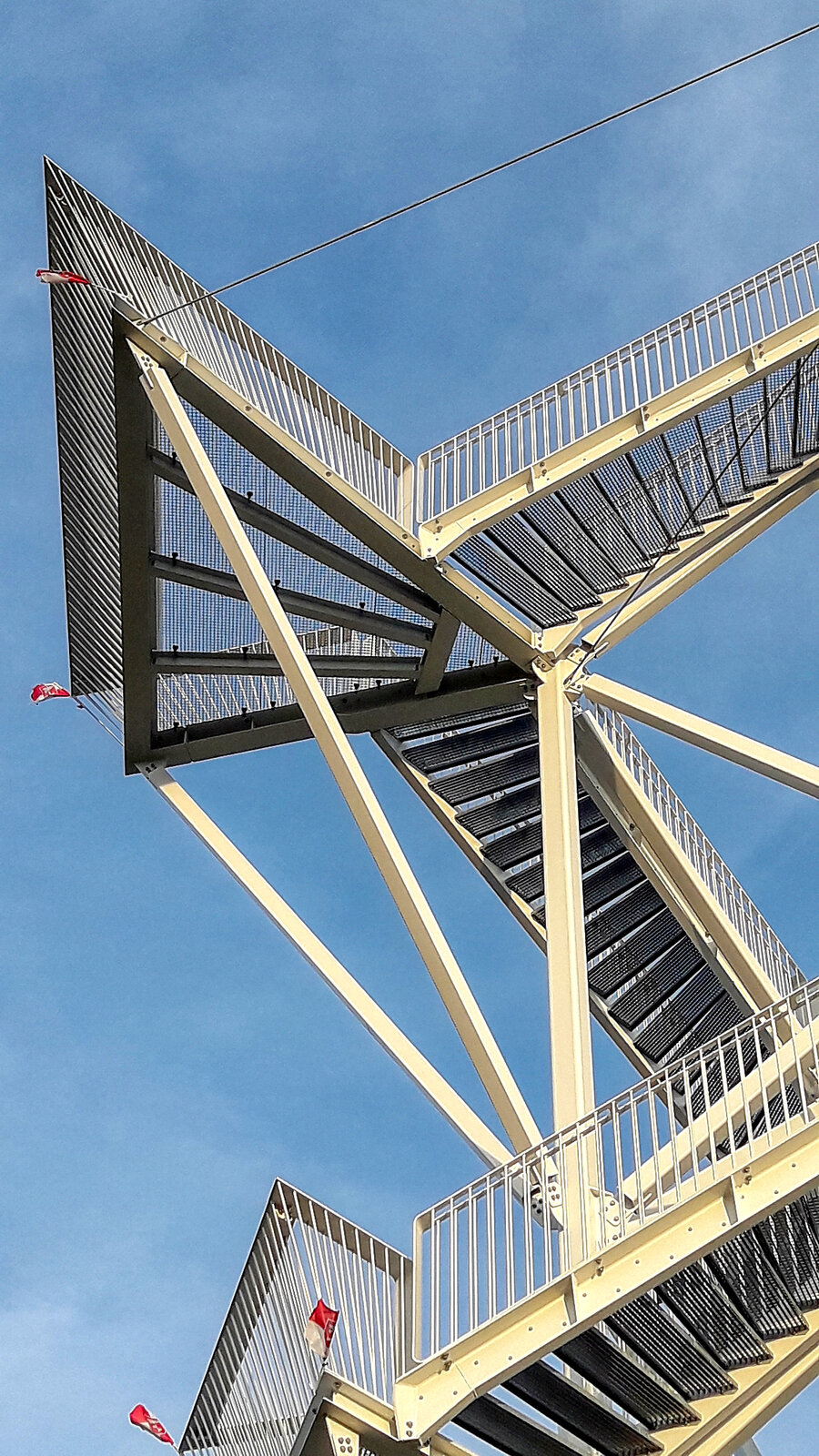 From the initial altitude of 514 meters, you ascend 112 steps about 20 meters above the surrounding terrain. Each platform is equipped with signs describing observable places, mountains and objects. There is also a telescope on the highest plateau, which, after the introduction of the euro, will provide more detailed views of the breathtaking landscape of fields, rivers, forests and urban development. Thanks to its white color and airy construction, it literally disappears in the natural scenery, which is more than exceptional for this type of building. After a while, you will feel that you perceive only the surroundings and not the building itself.

There are several access options. From Děvínská Nová Ves, a green-marked route leads from the Ducha church to the Lipová crossroads and the Rovnice lookout point, then to the Boční cesta crossroads, where you connect to the red-marked hiking trail, from where it is only a short distance to the Děvínská Kobyla crossroads. From Dúbravka (suitable route for families with children) from the church of St. Kosmy and Damián are led by a yellow-marked trail to the Dúbravská hlavice crossroads, from where you can reach Děvínská Kobyla following the red sign (military road). The trip will take you less than an hour. The last route leading to the lookout is the route from Děvín Castle. From the medieval monument, a red sign will lead you to the church of St. Kříže, then to the Narrow Forest crossroads, from where you can reach the Děvínská Kobyla crossroads.

Points of Interest Around

A visit to the observation tower can be combined with a trip to its surroundings. We recommend a walk through the protected landscape area of the Little Carpathians, which is a kind of open-air museum. Its pearl is definitely the locality Sandberg. Of course, Děvín Castle is also unusual, whether from an archaeological or historical point of view, and undoubtedly the location of Villa Rustica (Velká louka) near Dúbravka with the site of the remains of a private Roman spa from the 3rd century. Another attraction is the missile base itself from the Cold War, respectively. iron curtain, consisting of dilapidated buildings. It is interesting that the predecessor of the current lookout tower was the military lookout tower, the remains of which are still visible. The not very attractive area is gradually changing into a place of pleasant recreation, also thanks to benches and educational boards. 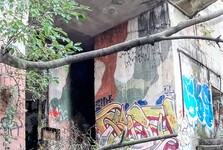 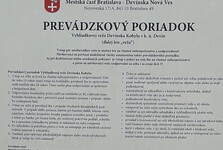 Some Advice at the End

Entrance to the observation tower is at your own risk and responsibility. Children under the age of 15 are only allowed in when accompanied by an adult. The maximum number of people on the lookout tower is 30, for reasons of comfort and accident prevention. The lookout tower should be accessible all year round, but the ascent is conditioned by favorable weather conditions.

The lookout tower on Děvínská Kobyla became a tourist hit immediately after its opening (in July 2020) and was one of the most beautiful in Slovakia. Therefore, if you are planning an undemanding trip, be sure to visit this lookout tower, you will have many experiences.