Bratislava castle is actually a pretty vast complex of several buildings located on a hilltop of southwestern ridge of the Small Carpathians. The castle is on Danube’s left bank. The most well-known building of the complex is a majestic royal palace. But let’s not get too much ahead of ourselves...

The strategically situated hilltop above the Danube has played an important role for thousands of years. The earliest traces of continual human settlement are almost 5 thousand years old. Originally the Celts dwelled in the area. During the 2nd and 3rd century BCE a Roman unit was garrisoned here. Plentiful of construction material that has been dated to the Roman Era has been found when inspecting the foundations of the ruins of 9th to 11th century-sacral buildings. Also fragments of various inscriptions, and remains of bricks with the stamp of the XIV legion on it were found. 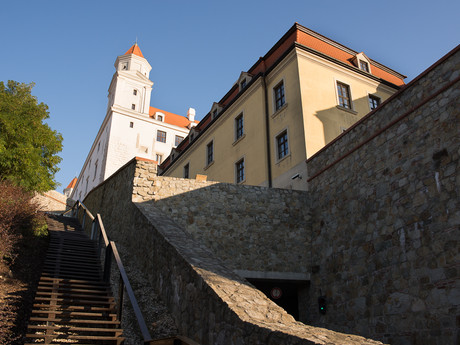 The Slavs settled around Bratislava during the 5th and 6th centuries AD and built a stronghold on the hilltop where the castle would be built later. In the first half of the 9th century, a stronghold with a palace, basilica, cemetery, and many other buildings was there. In the beginning of the 11th century, a three-navy church of the Lord Our Savior were built. Then, the stronghold was given the role to protect the borders of the then newly founded Hungarian state.

In the 15th century, the castle was rebuilt and Sigismund of Luxembourg made it his place of residence. From this era the Gothic-style Sigismund gate was erected, for it was necessary to defend the hilltop against Hussite raids, as well as the foundations of the present royal palace. 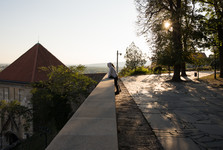 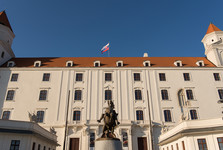 The castle enjoyed golden age during the Renaissance and the Baroque. Often, Empress Maria Theresa dwelled there but when important land institutions were moved to Budin upon Joseph’s II succession to the throne (Budin became later Budapest) which resulted in Bratislava Castle to be abandoned. At the end of the 18th century, the castle became seminary general as a result of an educational reform. Many adjustments were made without considering castle’s historical importance and its exterior decorations.

The castle was given to the military in the beginning of the 19th century. Once noble chambers were turned into barracks. Several years later they were fired upon by French artillery during the times of Napoleon’s conquest across Europe. In 1811, fire broke out at the castle the damage of which had not been repaired until the end of the second world war. 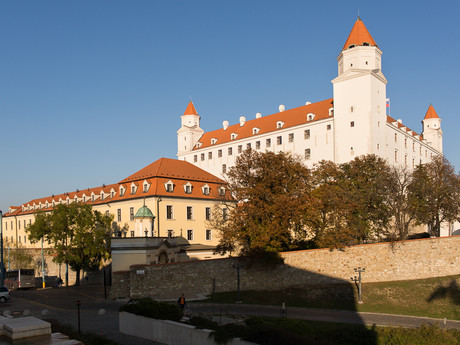 In the 1950s, a decision was made to renovate the entire castle to the era of Maria Theresa. The royal palace’s reconstruction was finished in 1968. The works continued until the 1980s. Then the castle could make Bratislava proud again.

So, what is to be found on the castle groundas today? The most important renovation works were done in the spaces affiliated to the History Department of the Slovak National Museum . It means there are vast collections which bring you closer to the history of the area since the Prehistory to the 20th century. Also, here are ceremonial rooms of Slovakia. Soon after the republic was founded, its president chose his residence to be here. In 1992, the Slovakian constitution was signed at the castle. 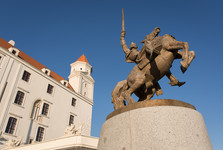 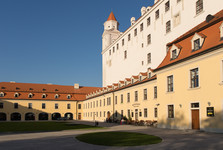 It is likely that you would climb up to the castle along Zamecka Street that is lined by art shops. The street gets you to the main gate – the Wien Gate. If you take Zamecke Schody street you get to the oldest Sigismund gate. When going to the royal palace you first enter Leopold courtyard, and then Cestne courtyard (only a bit further) where the main entrance to the palace is situated. 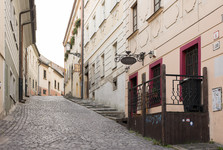 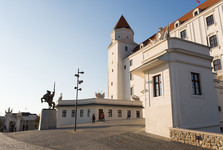 Maria Theresa built the ceremonial courtyard. There are two monumental Baroque victory gates . And also notice the symmetry of the place. Also, you can have a beautiful view of Danube valley. Between guards’ post you walk across a courtyard. There you can also enter a museum. 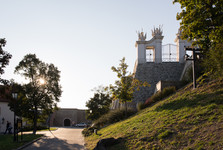 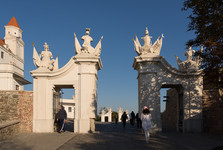 Most certainly we recommend to explore the castle compounds from up close. Thus, you can notice renovated foundations of the 9th century basilica or Our Savior’s church which is two centuries younger. Walk through the Nicolas Gate when going back down. There, on the left side, there is Lugisland defense tower with a distinctive oriel. 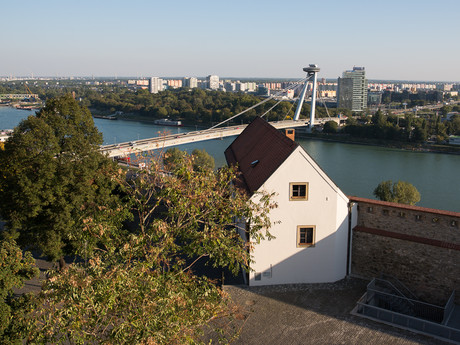 Locals like to take walks at Bratislava castle and in its surroundings. When the weather is nice you can easily stay there whole afternoon. You can, for instance, stop by at castle’s wine cellar, or enjoy the view of the entire city of Bratislava …