Before we tell you the name of the landmark we take you to Safarikovo square. This is an important traffic spot as well as a place of rest where stands beautiful architecture and the house of the oldest Slovakian university. The street separates the square to two parts. 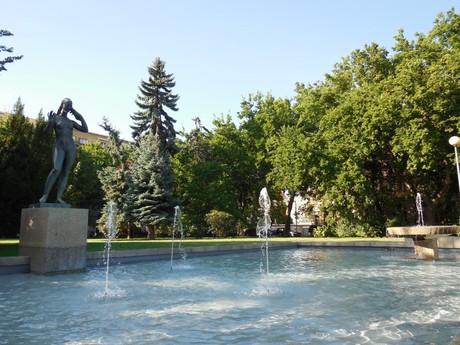 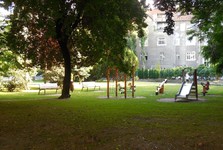 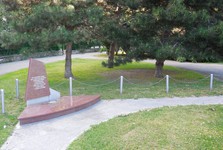 The first part consists of a temporary park with some monkey bars, a fountain with a statue of a beautiful girl, and a WWII memorial of Slovakian patriots. Once Landerer palace was there. During a bombing attack in 1944 it was damaged and later demolished. Non-profit organizations and artists have used the place recently. They built there a small container town in which you could drink coffee, dance tango, lend a bike or watch some works of design. This is in the past now, however. And the place is empty now waiting to serve its next purpose. 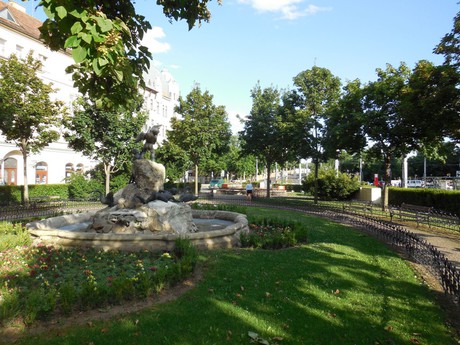 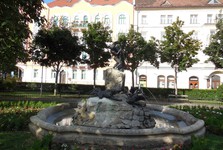 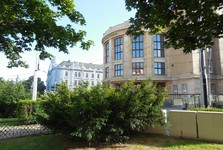 The other part of Safarik square consists of a historical park. Its main feature is Kachni fountain (Duck Fountain) from 1914. Historical-ish fence (a new addition), flowers, trees, and benches are all there. It is quite a place of peace in a noisy and busy district. 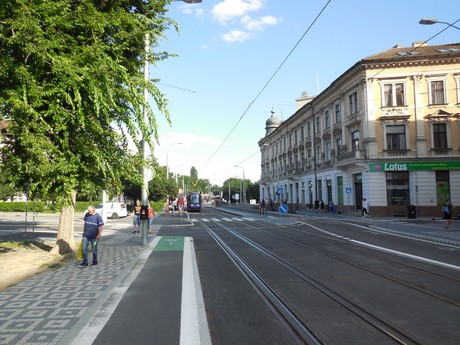 Streets make the borders of the square (one of them being Sturova street that was renovated recently), beautiful Art Noveau houses, and the historical auditorium of Komensky Unversity. There are many students around, don't be surprised about that. 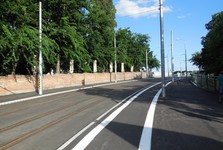 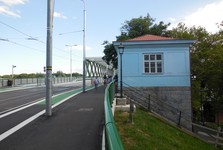 A new tram stop or bike trails are other things worth mentioning. These will lead you through Old Town safely. 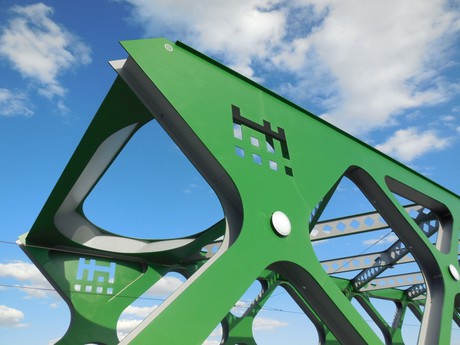 Now we leave Safarik square and move to new-ish structures formerly known as the Frantisek Josef bridge, Safarik bridge, Red Army bridge, and, indeed, the Stary (Old) bridge. Probably you anticipate that we are going to talk about the new Stary Bridge. It was opened to the public in the beginning of the summer 2016. 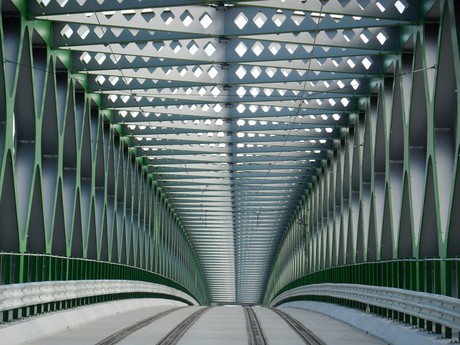 Before we step on it let's take a look at its history. We'll go back to 1825. Then, however, it was a simple pontoon link between the left and right banks of the Danube. A true predecessor to the bridge we can see today was the one built in the years 1889 to 1890. The bridge was available to pedestrians as well as to trains. A railroad to Szombathely town and Vienna (Vienna street car). The bridge was destroyed by the German army in retreat at the end of the WWII. Its steel construction was damaged the most. However, it did not result in the total destruction of the bride. Once the Soviet troops conquered Bratislava, they rebuilt the bridge (1946). It was supposed to last only 15 years yet in reality it remained till 2013. Also, it was the only bridge on the Danube until the year 1972. The old bridge was disassembled and replaced by a new steel construction. It had been layed from the right bank of the Danube up on elevated pillars. It took two and half years two renew the bridge. 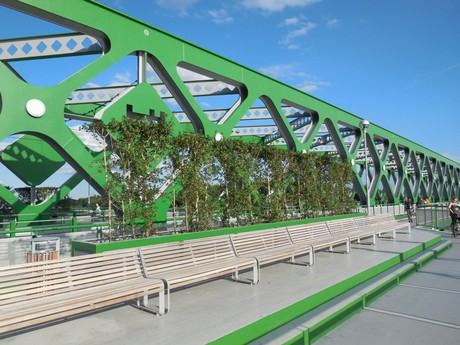 Today, you can walk across the new Stary bridge in gray-green color. It proudly rises above one of Europe's main rivers. There are fabolous vistas of Bratislava. There are observation platforms on both sides of the bridge in the first third of it. You can sit on benches and observe the vibrant life of the city. From time to time, a street car passes by. After more than 50 years it returned to Petrzalka. The bridge became integral part of the 1 phase of the pillar system of the public transportation in Bratislava. 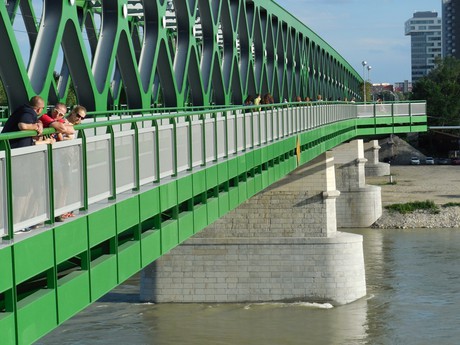 The walk on the bridge is amazing. Yet it is hardly the only interesting place to see in the city. Next week we will see a city beach and Janek Kral orchard, the oldest public park in central Europe.