First of all, we visited the Presidential Garden also known as Grasalkovicova (Grassalkovichova) garden. It belongs to the palace of the same name. In this palace, the president of Slovakia has his residence. The building in the Roccoco style is situated on Hodza square. The Peace Fountain is another important landmark on the square. The fountain depicts a globe with flying pigeons negative reliefs. 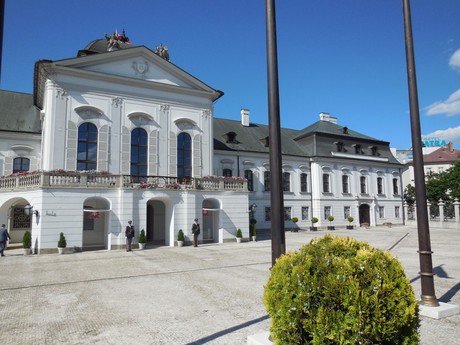 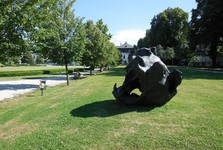 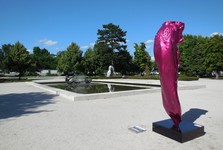 You can enter the garden through Stefanikova or Banskobystricka streets. However, the garden is not permanently open. The opening hours vary according to the season of the year. You can find them on the internet. The garden is designed in the French style. There was a significant reconstruction toward the end of the 1990s. This garden follows vast garden belonging to the Baroque-style archbishop palace. The garden is, however, not open to the public. The palace is residence of the Government of Slovakia. 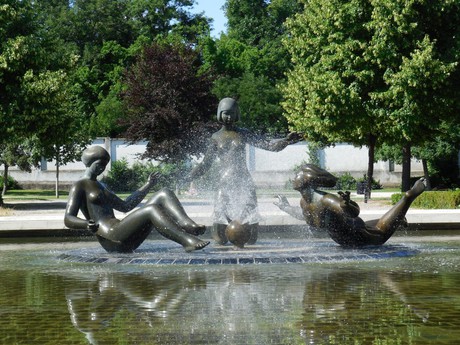 Upon the entrance, we saw pathways covered by white gravel, benches, sculptures and other works of art. The main landmark is the Radost ze Zivota Fountain (Joy of Life) by Tibor Bartfay. It depicts three female figures. There is an equestrian statue of Maria Theresa. It stood in Nitra originally at Velkoprobostsky Palace. There is beautiful view fom there at the back section of the Presidential palace. A high wall separates the green oasis from the surrounding streeets. This wall consists of trees called the Presidential Alley. It is sort of a living memory on the visits of other heads of states. In the back area of the garden, there are public toilets and many children attractions of all sorts. 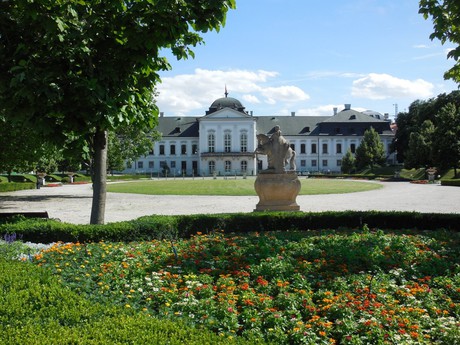 We made our viist more interesting by sitting for a while on a bench in the shadow of the trees. We took out our books and read their story. Birds added to the atmosphere as well as children's laugh from surrounding playgrounds. 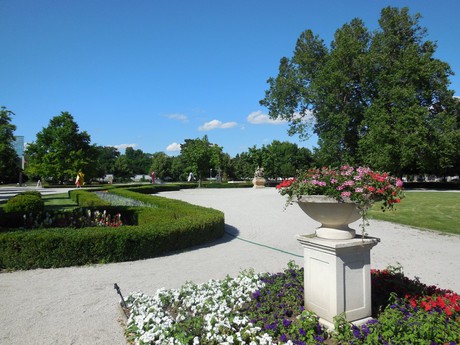 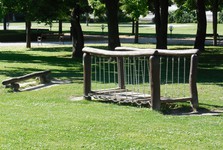 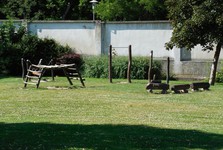 We remind you that the Presidential palace is open once every year. It was built by Count Anton Grasalkovic in 1760. It was intended to be his summer residence. Back then, even famous music composer Joseph Haydn stayed at the palace or the father of Jan Nepomuk Hummel. St Barbora chapel belong to the palace as well. Don't miss this day for you can make a tour through the palace and see beautiful man maintained nature. 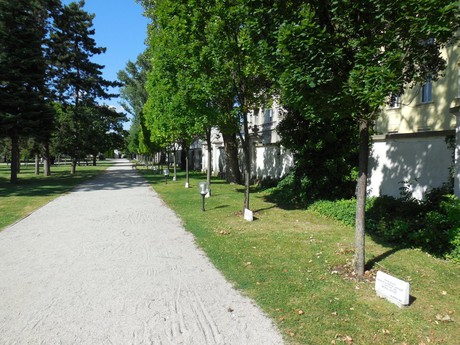 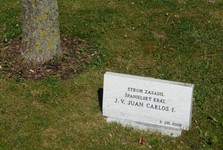 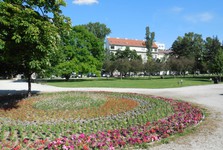 Whether you visit the palace or not, the Presidential garden i truly a splendid place in  Bratislava. You should see it.