So let's go to the "villa Bristem", as Brestovany is called in historical documents. It should be noted at the outset that religion has played (and still plays) a significant role for residents and visitors. The church buildings of the village include a church, a chapel, the Stations of the Cross and the Calvary, as well as small church architecture and cemeteries. Their appearance changed according to technological knowledge and artistic style. The reform movement, which had been spreading since the 16th century, also brought about changes to a large extent. 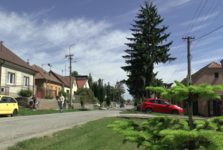 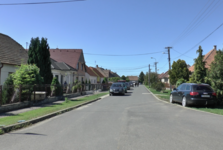 Upon arrival in the village, the church of St. John the Baptist, which dates from 1778, looks at us from a distance. This single-nave Baroque-Classicist church with a tower built into the main façade originally had two entrances. The exterior of the church was renovated by parishioners after World War II and today it is an ornament of the village. The main altar is Classicist from the second half of the 18th century, in the middle with a picture of St. John the Baptist. On the sides are statues of St. Elizabeth and Theresa. 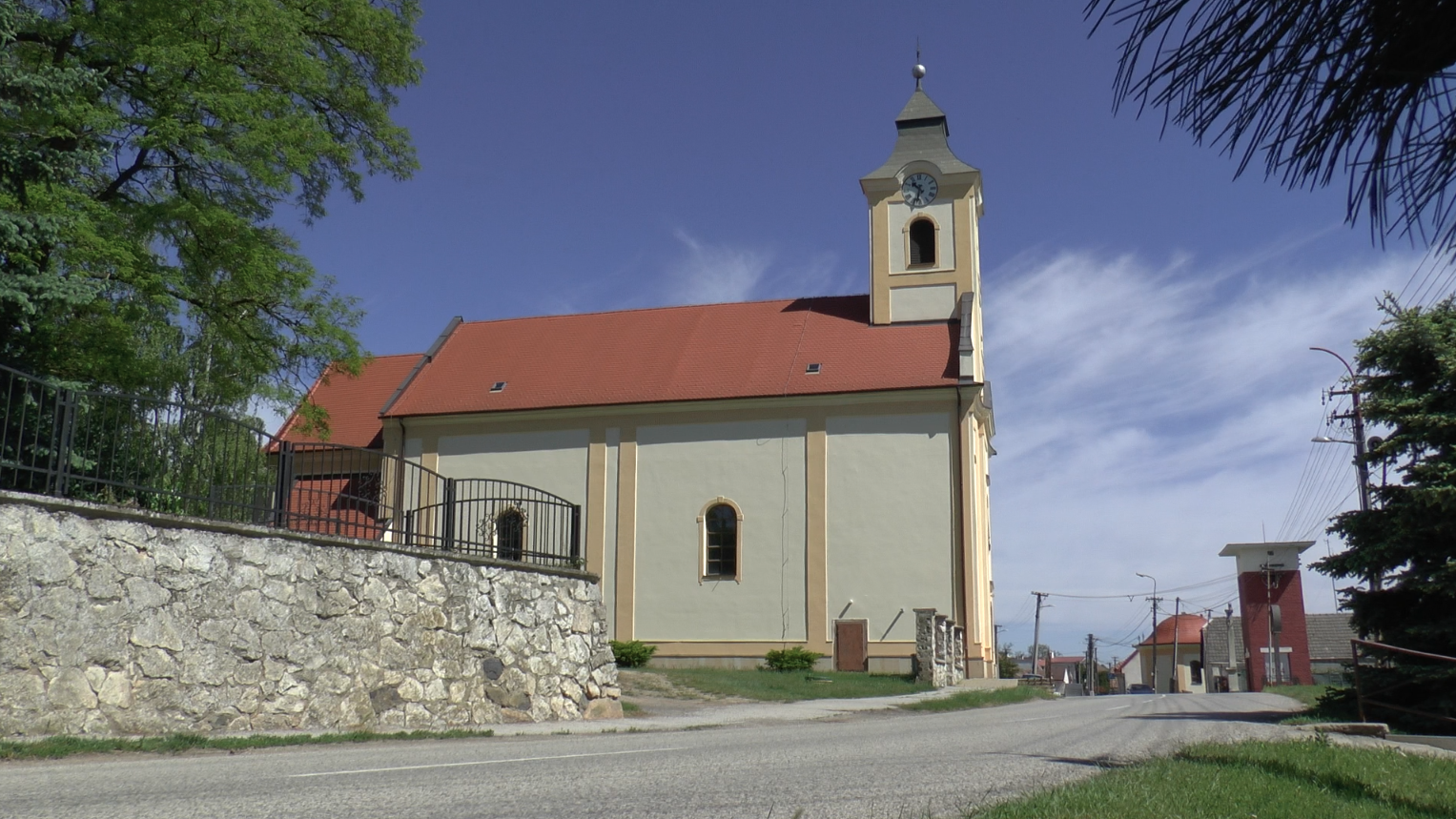 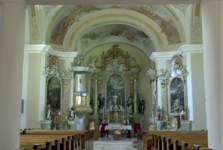 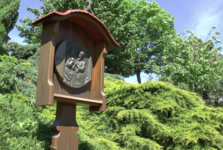 Behind the church is the beautiful Lourdes Cave, which was built in 1947 to thank the parishioners for protecting the Virgin Mary during the war. In the vicinity of the cave, a Stations of the Cross was created, which is a continuation of the slope hill. It consists of fourteen stops in the form of wooden columns with chapels on a concrete base. Night lighting is also installed. In addition, from the hill of the Stations of the Cross there is a wonderful view of part of the village. 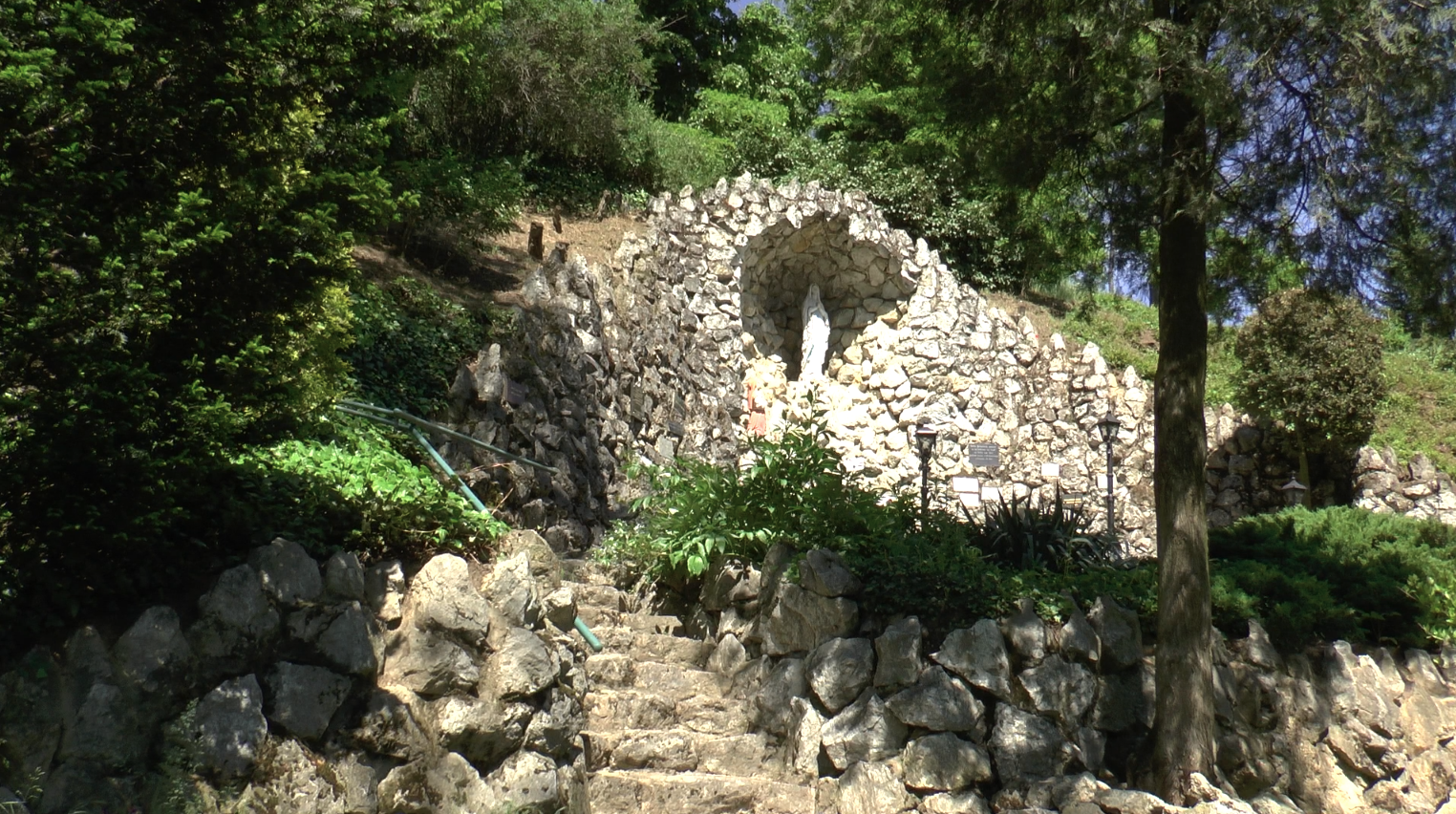 In front of the church of St. John the Baptist there is a stone cross, which was built by Jozef Nižnánsky in 1808. The inscription can be found on the back. Opposite it is a simpler wooden cross. The arms of the cross are protected by a semicircular metal roof, which is decorated with a delicate motif. The cross is without the corpus of Christ and there is no inscription on it, but it is surrounded by a nice metal enclosure. 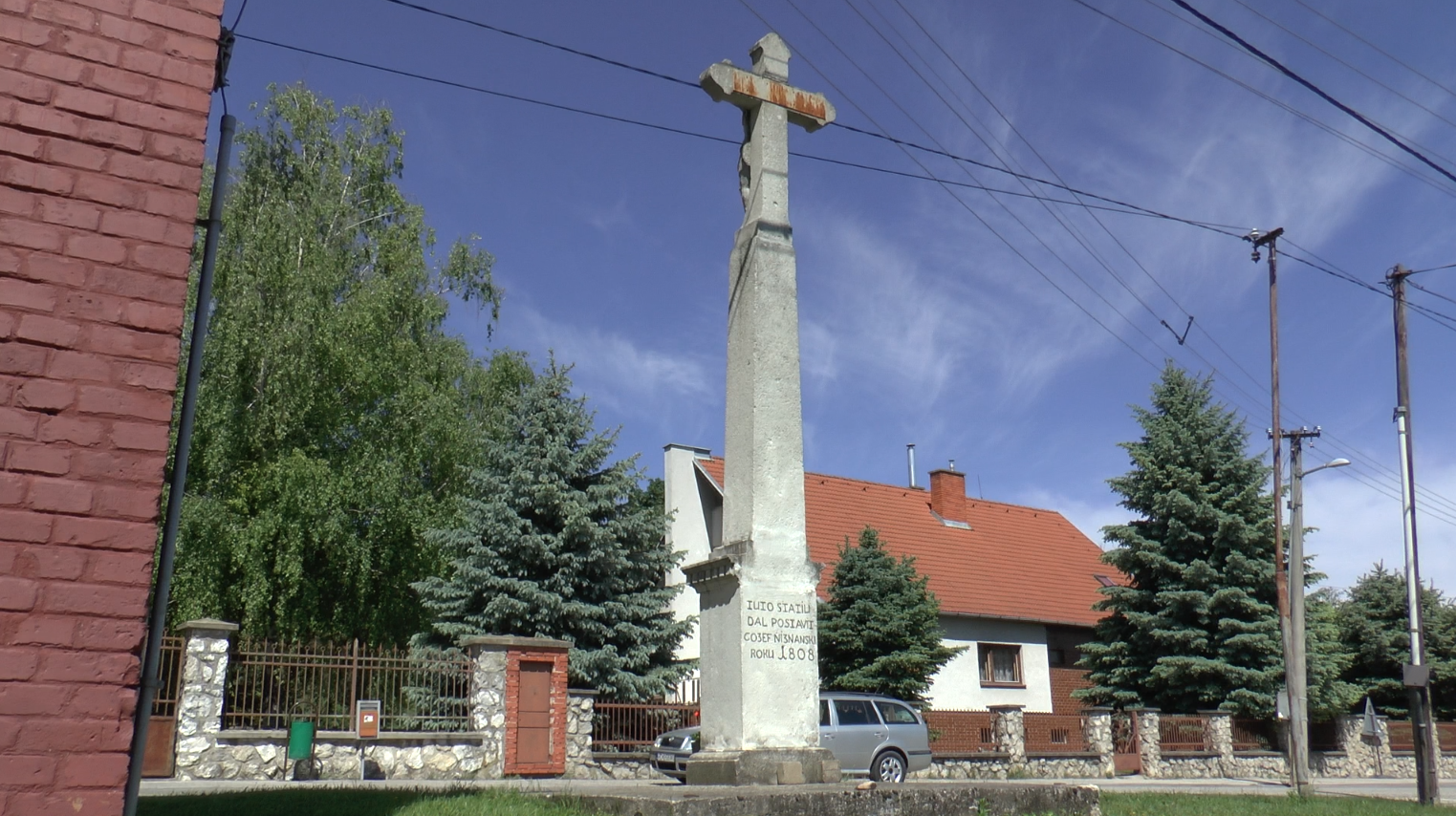 The surroundings of the church are complemented by the chapel of St. Martin the Bishop. It is a small central baroque sacral building on an octagonal floor plan. The interior is vaulted with a dome. The year 1767 is on the entrance stone portal. I did not get into the interior, but from what I read, there is an altar with a painting of St. Martin by the painter Edmund Massányi from 1950. 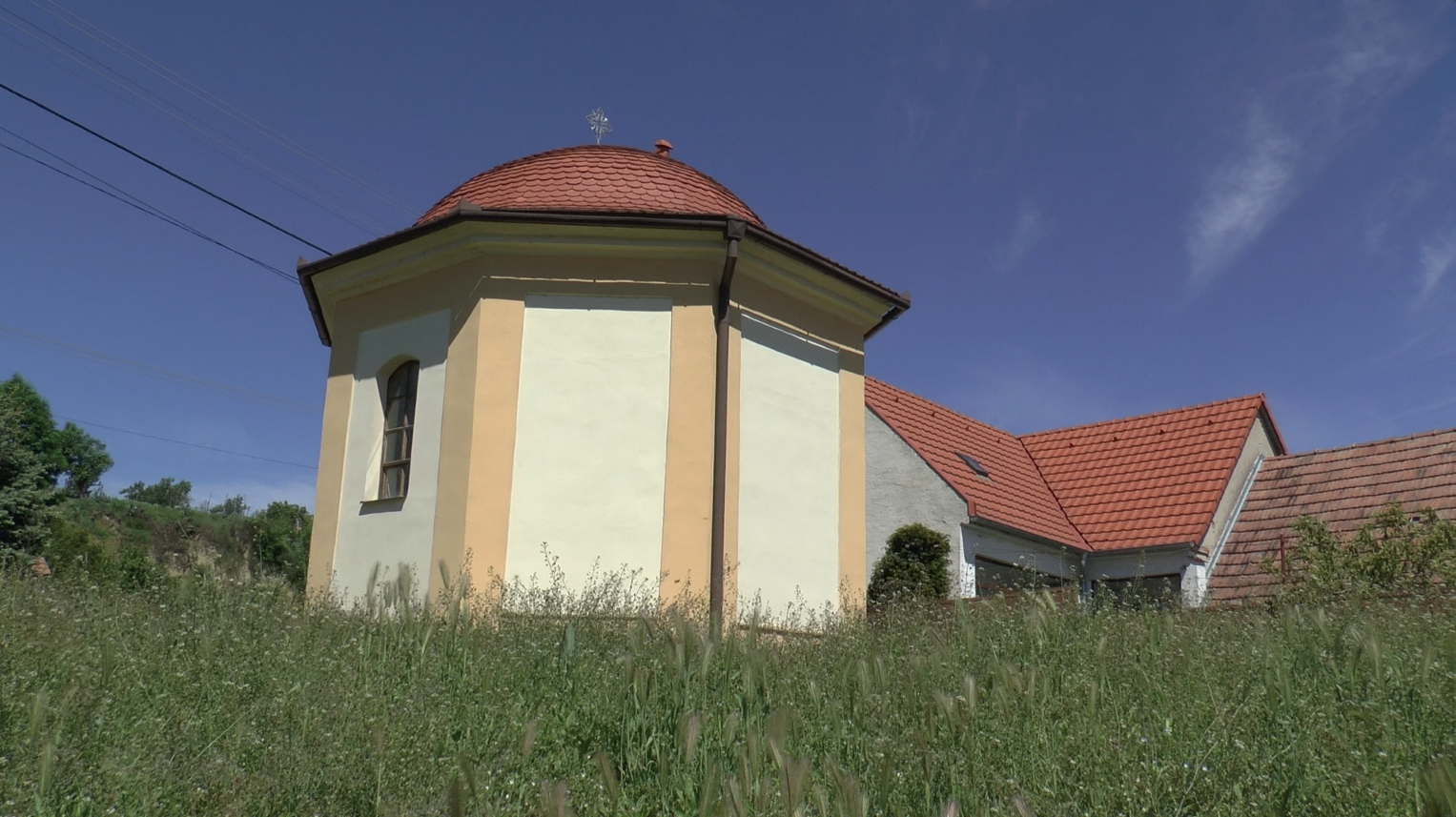 About 50 meters from the chapel of St. Martin is a trinity column, which was built in honor and praise of the Lord God Dobiš Martin in 1887. The inscription is engraved on a pedestal, above which is mounted a statue of the Virgin Mary and above it a sculpture - Father, Son and Holy Spirit. 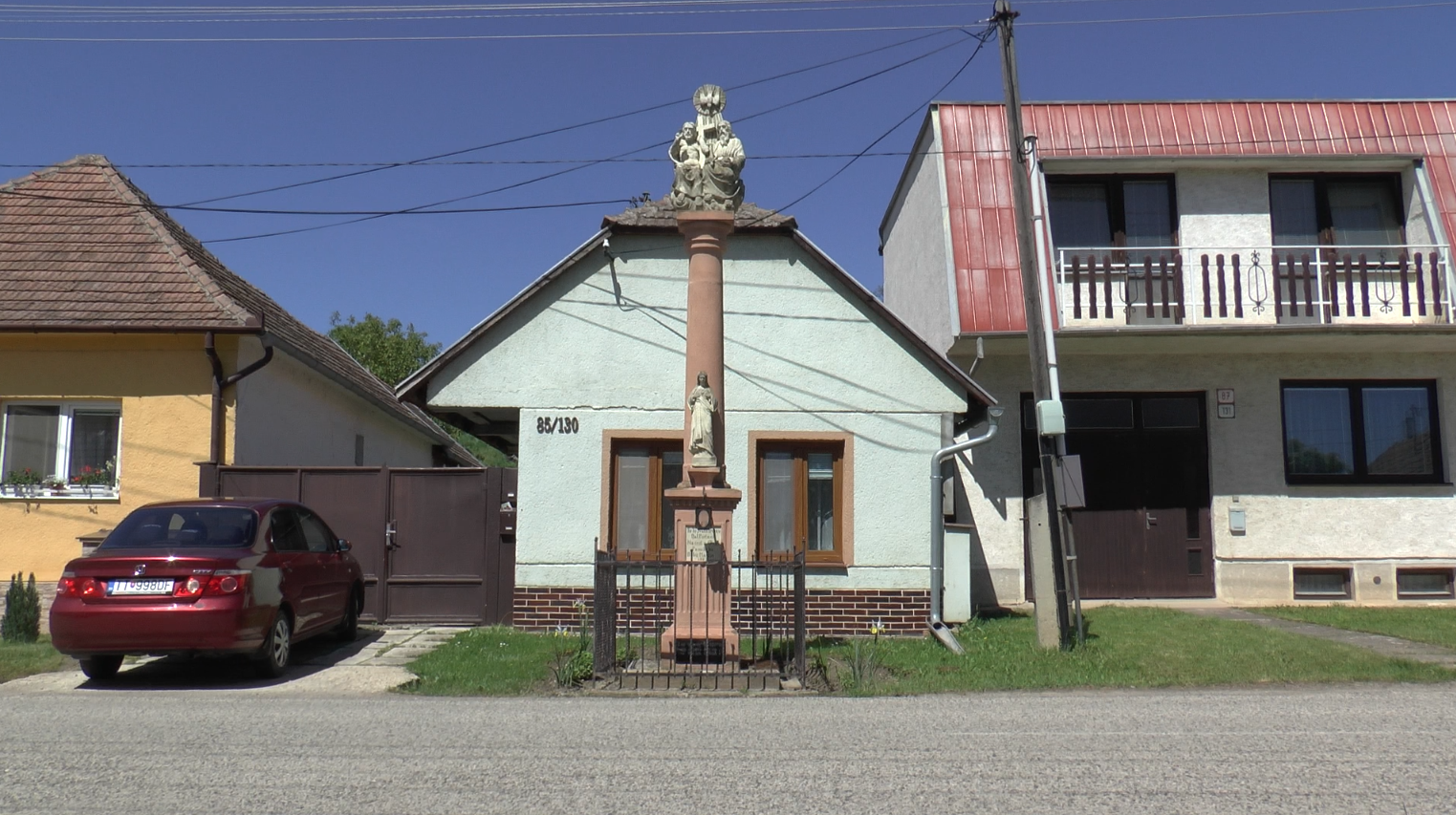 There are three cemeteries in the village of Brestovany - in Malé Brestovany, Velké Brestovany and in Horní Lovčice. On each you will find a central cross, period tombstones and cast iron crosses. 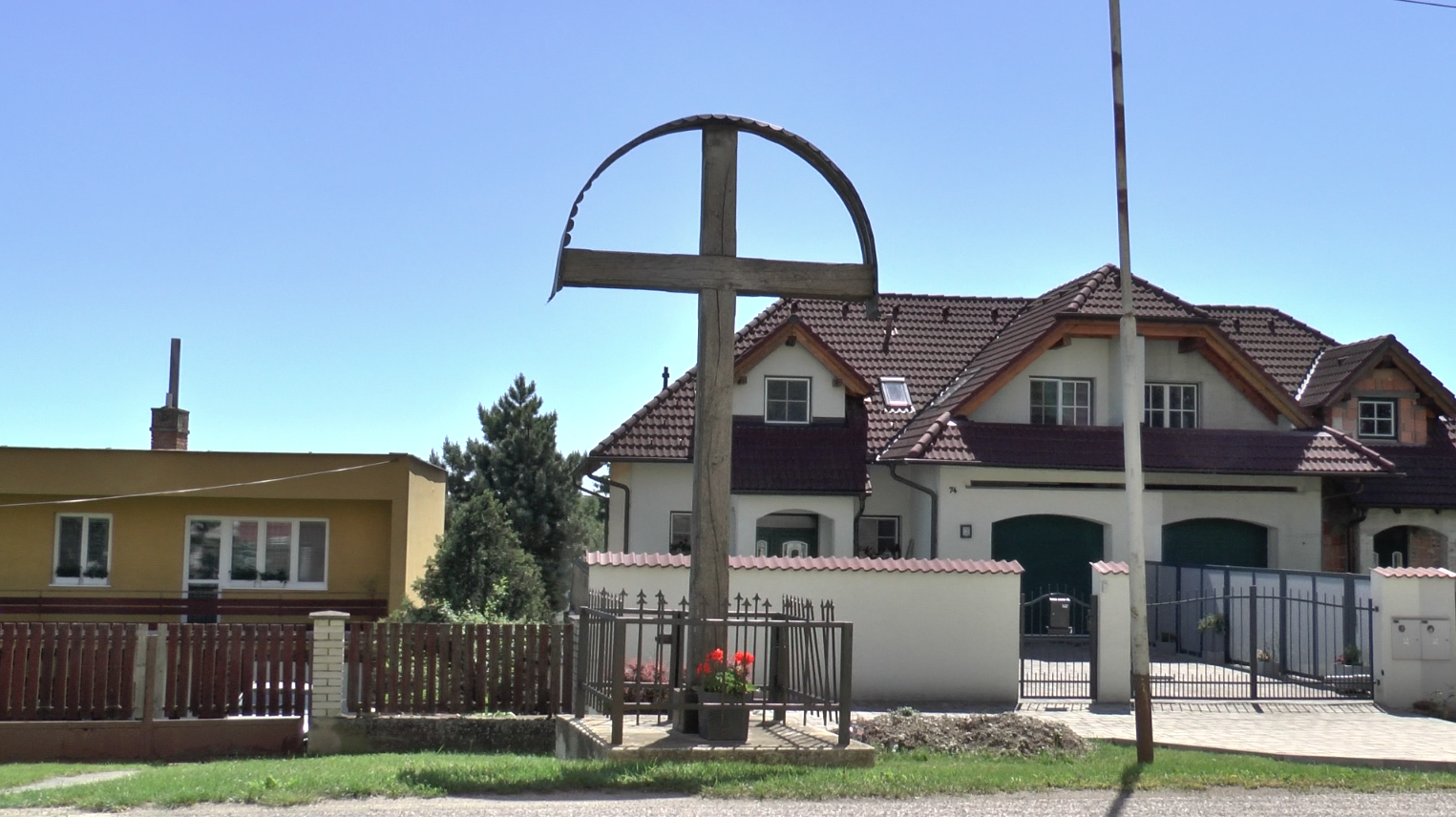 A remarkable building is the local chateau, which currently houses the school. It is surrounded by a beautiful park with historic greenery. The chateau was declared a National Cultural Monument in 1963. The Classicist building dates from the first half of the 19th century. It is a one-storey building with a basement. The interior has flat ceilings. The building has a portico risalit on the axis of the main facade. 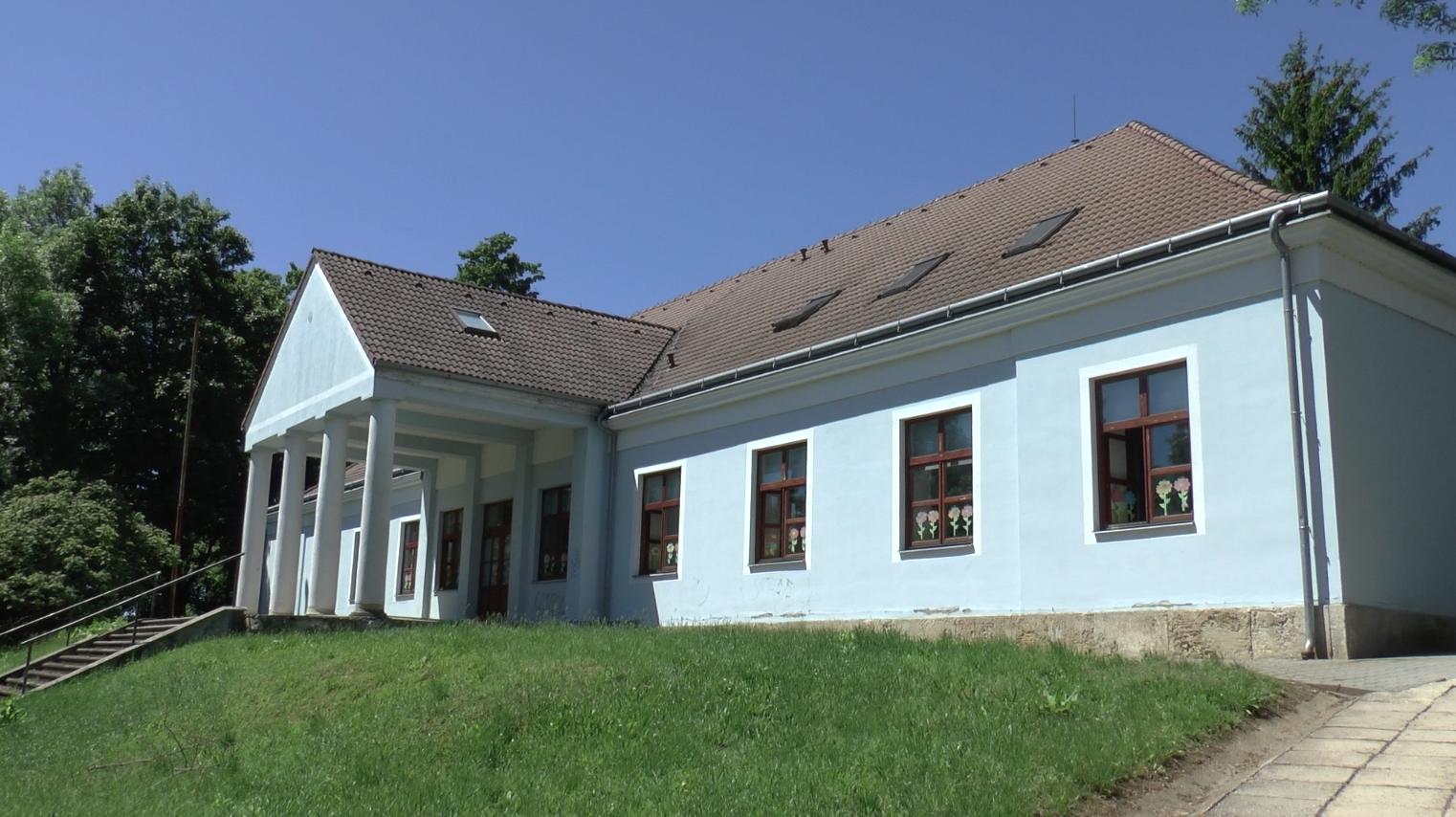 If you move in front of the municipal office building, you will come across a statue of St. Florian, the patron saint of firefighters, in a small park. At the intersection of Ořechová and Lovčičky streets, there is a chapel with a board of the fallen in the First World War. 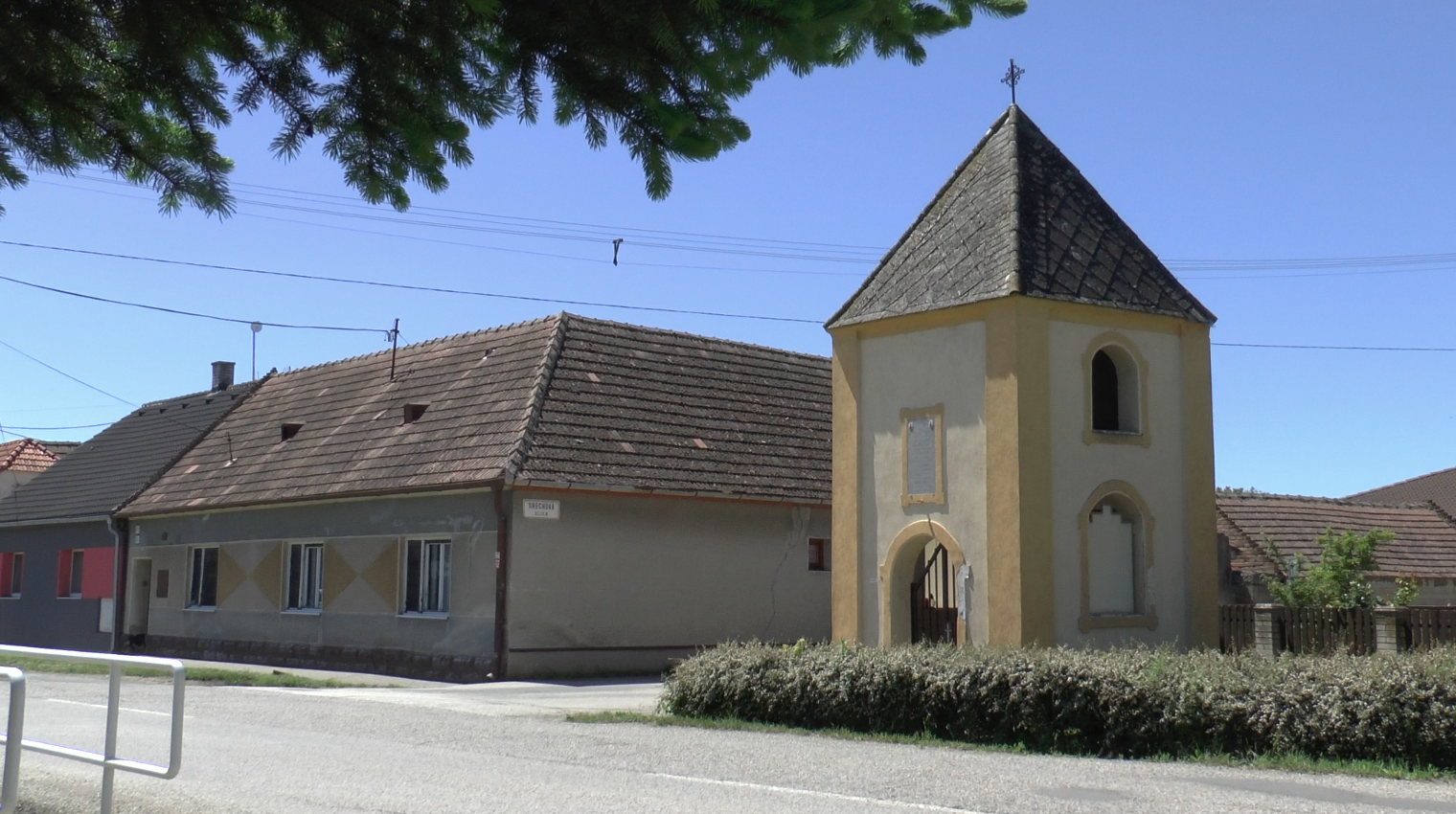 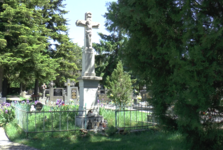 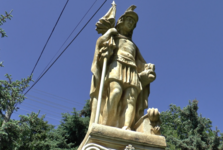 The last sacral monument this time in the Horní Lovčice part is the statue of St. John of Nepomuk, which dates from 1818. The statue stands on the corner of the garden by the road to the playground. This is where our joint walk through Brestovany ends. I hope that you will get here someday and see for yourself that this village is really beautiful and worth a visit. 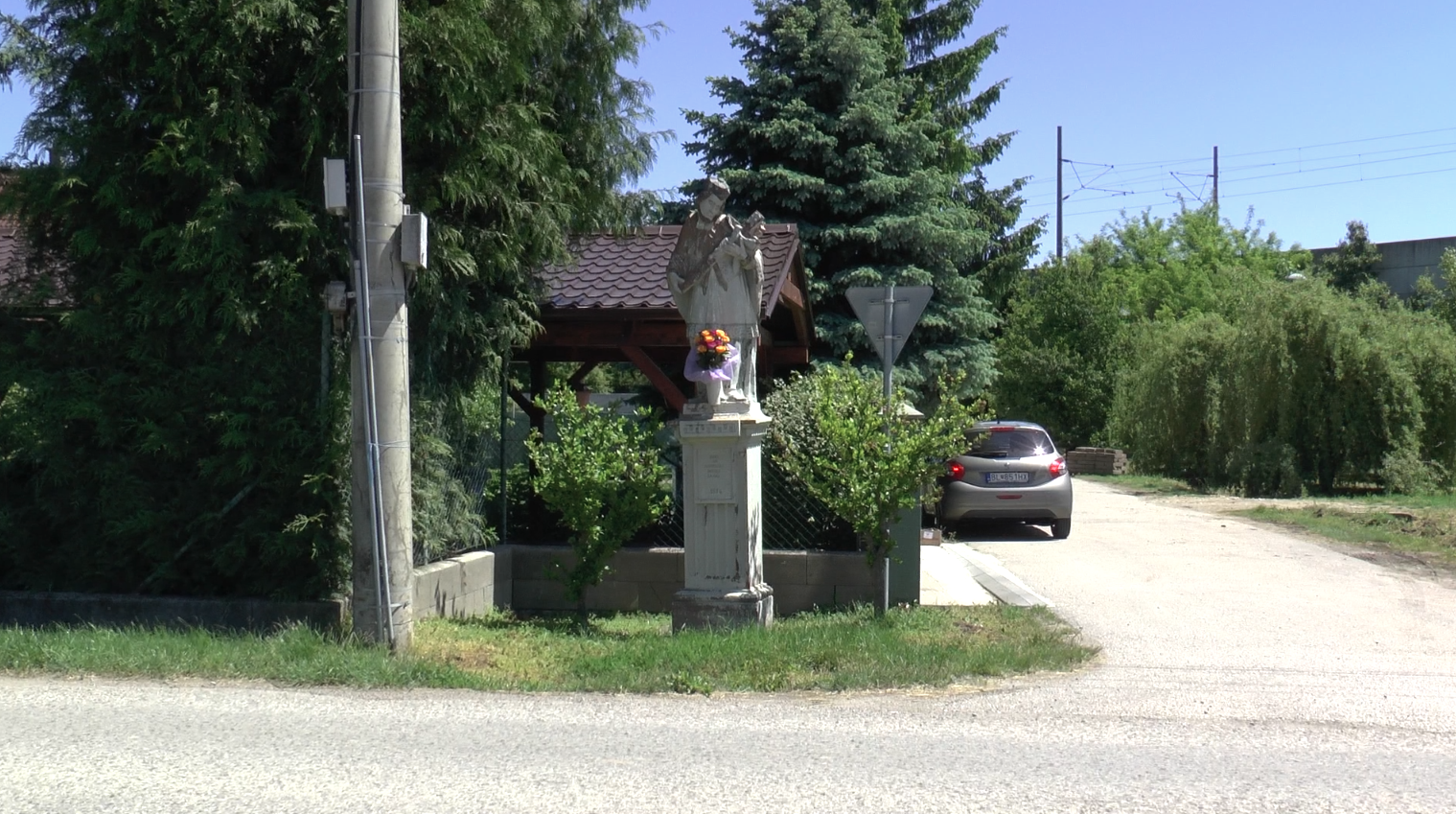