We followed the yellow tourist trail from the observation tower on. An arrow to the right led us to leave the walk about 500 meters down the road. Now we were going through the forest to the castle. We noticed a "Do not enter" board which forbade from entering a private ground. Ignore it. After while, you will find yourselves at Korlatka Castle ruin. 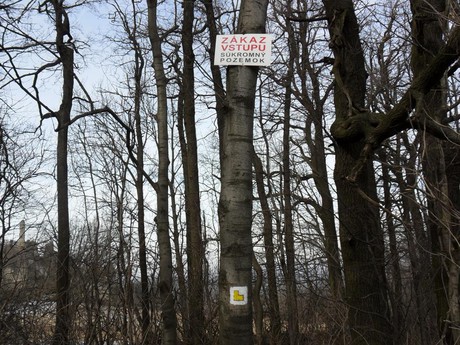 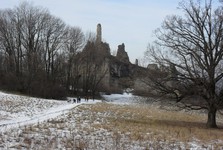 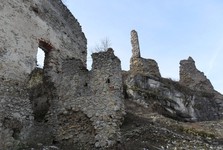 Korlátka Castle was built in the 11th century and the same goes for Branc Castle which lays nearby. However, plausible evidence comes from the second half of the 13th century. The castle guarded the Bohemian Road. It belonged to one of the oldest and most important Hungarian noble families - the Abas. Later it became a property of Matus Cak Trenciansky who then lost it in a fight with Hungarian King Charles I. King Sigismund also ruled the castle for a while as well as Stibor of Stiborice. Among other owners are such names as Mathis Corvinus, the House of Pongrac or Apponny. The insurgent troops of Juraj I Rakoczi seized the castle in 1645. He and his Swedish allies were about to conquer Bratislava. However, these were the last years of castle's fame Then it eroded and it has been in decay since the mid-18th century. 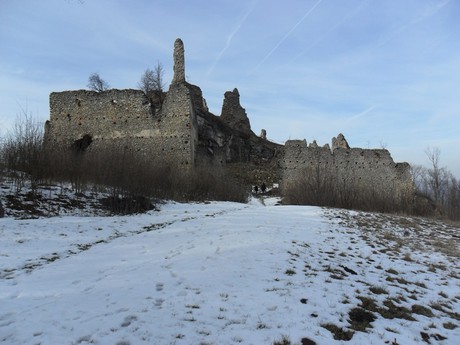 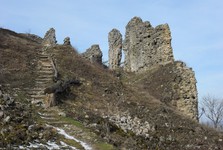 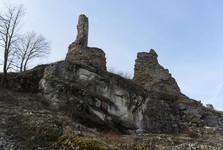 What you can see today are the remains of the upper castle and some sections of ramparts of its lower part. An information table gives plentiful information on the history of the castle. We recommend to read some legends on the internet as well as it would add to the overall atmosphere. 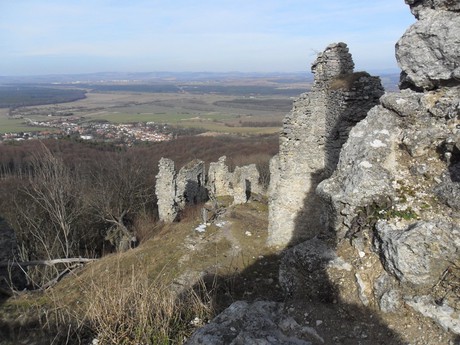 We climbed up to the highest point which gave us an amazing vista over the landscape before us. As it was getting late, at fast pace we descended to Cerova town. There we had waited before the bus arrived.

It was an easy walk, elevations were mild and nature around amazing. We recommend it.