In Slovakia, in the area north of Salice, is a small harbor from which you can go for a unique cruise along the Bata Canal. However, you must pre-book a boat that happened to you, like us, that your vessel will have to look in the nearest village in Bohemia. 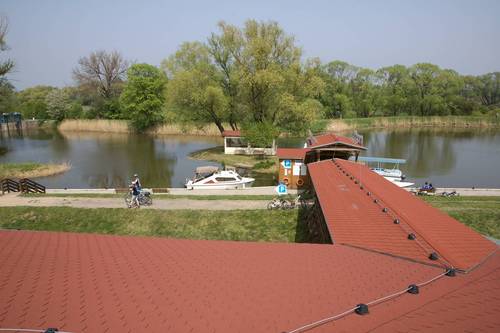 You can read about history of Bata Channel you can read HERE  about a cruise in Straznice, in Moravia to Slovakian Skalica HERE.

Harbor in Skalica
The starting point of our cruise we selected the port in Skalica , in which visitors not only offer cruises with captain, but also the leasing of individual vessels. In addition to standard services, you will also find a nice resort with buffet and a lookout tower, or rest area for hikers and bikers who have to carry their own rations trip home. Of course there is also free parking for visitors who come here, as we see for myself, really from all over Europe. We encountered Dutch with a trailer and also, but also a group of young German on bikes. And we were there less than half an hour. 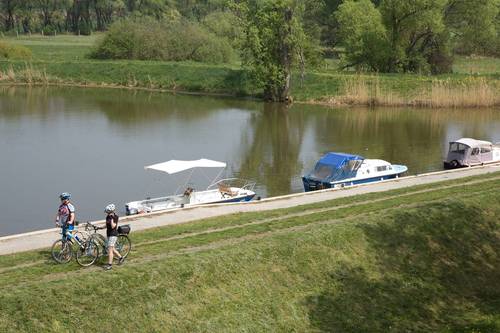 The weather was nice. It was just swarming with groups of friends, couples or families with children. So it is not surprising that a free boat for seven people, or at least two smaller boats, we have failed in Skalice harbor failed to get the port. However, that did not discourage us from our plan to ride the Bata Canal.

We drove by car to near Moravian town of Sudomerice, where also is the technical sight of Vyklopnik, which currently serves as an observation tower and for those interested , it is possible to carry out his inspection. If we thought that the Skalice harbor a lot of people, so then I do not know how to call this mass of visitors that we had here. In the shade of the trees stood a band was playing catchy folk music, which only reinforced pleasant atmosphere that prevailed here all around. To our luck had in this boat and houseboat plenty of smaller boats. So there was no problem with a car and two smaller boats. As before every trip you only get flash tutorial on how to deal with the engine and what should be avoided, it is not surprising that our guys a while after the start not even in the hands of the right feel for steering the boat. I do not know how, and suddenly our neighboring boat with engine roaring mad pushed ashore. Fortunately, nobody was hurt and even boats remained throughout. But we had to unwind some vegetation from submerged parts of the engine. We were really pleased that we are in this crazy maneuver when one boat bow even got to the bank, none of the staff car seen. Still quite a while we were all pretty shaky. Today we remember it only with a smile. 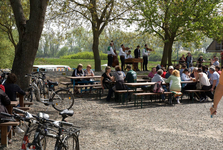 Since we rented the boat only foe two hours, we could not sail. But we still had one attraction ahead. 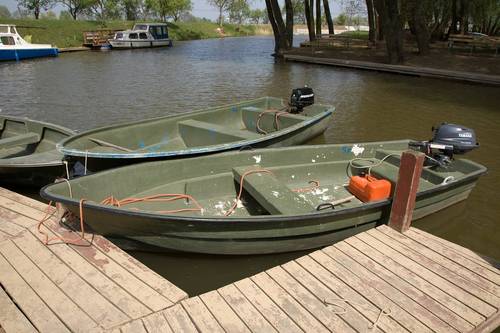 Another great experience for us was passing through the lock Petrov . First, we had to wait a few minutes until the float boats, which were already inside, so we are using at that moment, ropes joined with neighboring boat of our friends and then snapped on an iron pillar , which in these places sticking out of the water. Like other chamber locks, and this serves to overcome the height difference levels that will bring possibly withstand vessel. It works basically on a simple principle outflow or inflow of water into the lock chamber using gravity. This results in a reduction or increase in water level in the lock, and herewith also the start and pick up the vessel. When we get together with the other boats got to the heart chambers, operating instructions, we paddle snapped the rope stretched in the upper part of the wall of the lock. After the closure of large iron gate, the water fairly quickly began to fill. After passing through the chamber we were in the dock Petrov, where we took a break. Boats are securely tied a few minutes they moved to a local buffet. It was a hot spring day, so the ice cream came in handy. For a long time we could not refrain, however, because we had some more sailing the same route on the way back. 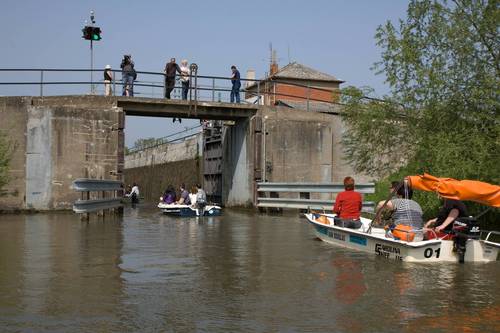 If you have never been in this places, so do not hesitate any longer. Even from distant parts of the Czech Republic or Slovakia is a trip to the Bata Channel definitely worth it. 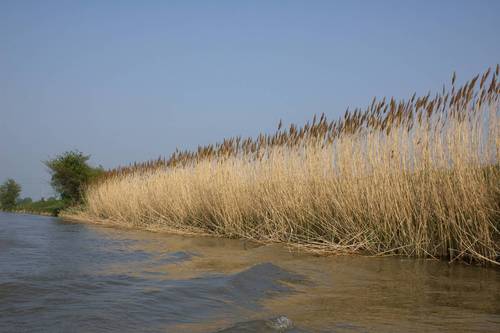 In addition, small boats and sightseeing cruises offer rentals and mobile houseboats and smaller boats with a fully equipped cabins. This means that you do not spend only a few hours on the water as we did, but even a week long vacation. In the vicinity of the channel are many attractions that are definitely worth seeing. For example, old town of Skalica, open air museum in Straznica, atronomical observatory in Veselí nad Moravou, or famous vine growing town of Petrov where the most precious wine cellars in the Czech Republic are located. They are known as the folk architecture reservation známou jako Plze.