en.infoglobe.cz » SK, Dobra Voda – Town with a Castle and an Important Person - VIDEO

We traveled by car which enabled us to reach Dobra Voda within minutes. The town is exceptional for the fact that it is the highest situated town in the Trnava district, or that it is located in one of the most seismic active areas in Slovakia. There an earthquake with highest magnitude in Slovak history was recorded. It was in 1906. This unstable territory is very close to Jaslovske Bohunice nuclear power plant . But we shouldn’t think about it too much. 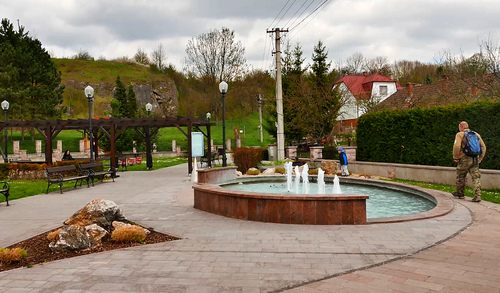 Upon our arrival to the town we set off to explore it. We were surprised how clean it was and how beautiful the streets and houses were. We took a short break at the square with a park, fountain, benches and an information table about the history and sights in the town. Perhaps the most significant landmark here is the Birth of the Virgin Mary church and its belfry. The church’s construction started in 1788 and finished was in 1819. The sacral landmark was built on the place of former Gothic church. The one you can see today is built in the Classicist style. Also, we have seen some crosses, monuments, statues, or sacred columns. Also, there is a baroque chapel located right at karst spring Marias. We hadeven seen the cemetery at southern slope of the church hill. There are a large stone cross and unusual monuments (one in the shape of a heart with a cross on the top. Local stonemasons created it in accordance with the folk baroque style. There is also a grave with a monument to Jan Holly. Ludovit Stur’s inscription is on it as well as a bust made by Ladislav Dunajsky. 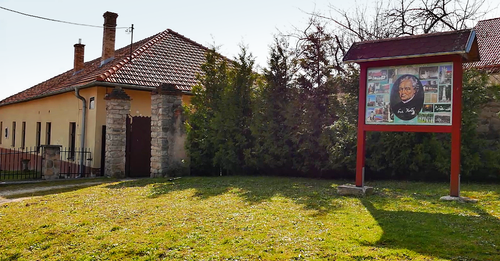 Jan Holly’s history is closely intertwined with the town. This important Slovak writer, preacher and poet lived and died there. He was sort of forced to get into the town. Before, he worked in Madunice but after a fire he lost all of his property. Martin Lackovic, his former classmate and local priest took care of him. Dobra Voda was a place where Stur, Hurban and Hodza visited Holly and blessed his works on formal Slovak language. The town has him honored ever since. At local parish office, there is a memorial room to Holly that has been opened to the public since 1985. Also, there is a recreational facility which includes a pool, tennis courts, beach playground, and other attractions. None of them we, however, intended to visit. 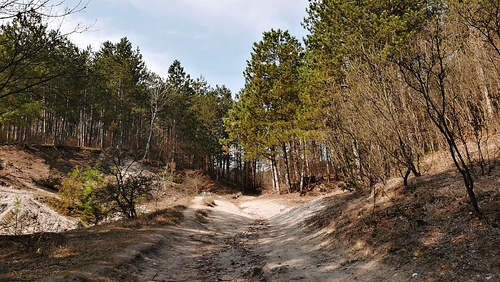 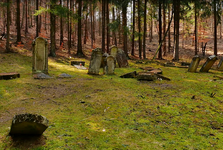 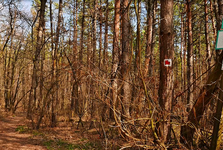 Upon a tour in the town, we continued afoot. We followed a red tourist trail. We walked across cemetery and reach a karst valley. On our left side, we passed by an old Jewish cemetery as Hebrew inscriptions on tombstones suggested. Once, this place used to be an execution ground. Its name – Pod sibenicnim vrchem (Below the gallows hill) still reminds of its former purpose. Half-an-hour later we found ourselves at the ruins of a gothic castle. Like Katarinka Dobra Voda castle is also located in the Male Karpaty , and is a part of the Slopy natural reservation. The reservation is important for its ixed forests, as well as karst bedrock and its surface formations. The fifth level of protection is in force there. Anyway, let us get back to the castle. 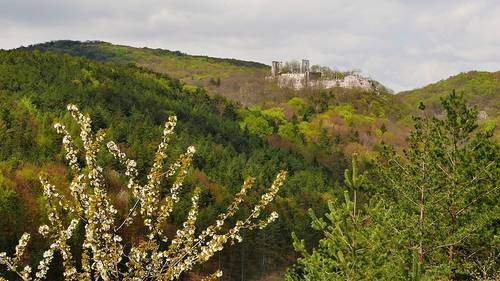 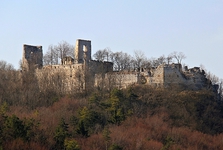 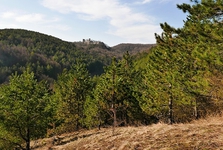 The castle was built on older fortress in the beginning of the 13th century. Its name comes from the fact that there are many water springs in the locality. Once, it was a guardian castle for it was near the so called Czech road which connected Prague and Buda (later it would become Budapest). The castle was pretty vast. It consisted of a palace, towers, courtyard, and chapels. It was owed by couple of rulers. It had been greatly damaged after the uprising of Francis II Rakoczi. Still it was eventually renovated. In 1762, a devastating fire broke out in the castle. In the aftermath, the castle was in decay until it eventually became a ruin. In the present, you could see part of the wall with fortification, some remains of other parts of the castle. On its compound, benches and a fireplace are located. At some places, there are beautiful views of Carpathian forests. Even here you could feel medieval atmosphere. 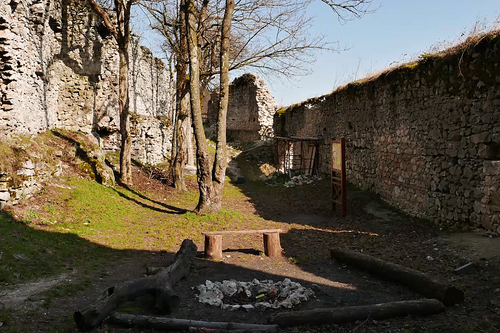 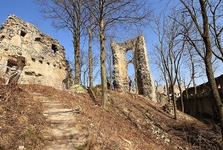 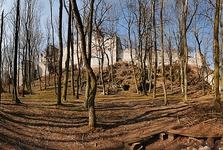 Upon us enjoying this landmark we only had to get back to the town and visit another interesting place. Next week we will tell you more about it.