Published: 6.6.2013
Viniansky Castle is in ruins today but it still attracts lots of tourists.

The Region of Zemplin hides many historical beauties and sights. Among the most well-known places of this part of Slovakia určitě patří is Zemplinska Sirava. Locals kindly call it “the Slovakian Sea”. When you have enough of sunbathing, fishing, swimming, rowing and other water activities it will be best for you to explore around Zemplinska Sirava.

Viniansky Castle
As the goal of our journey we chose ruins of castle situated on a hill of conical shape, in southwestern part of Vihorlat Highlands , near the town of Vinne in the District of Michalovce. 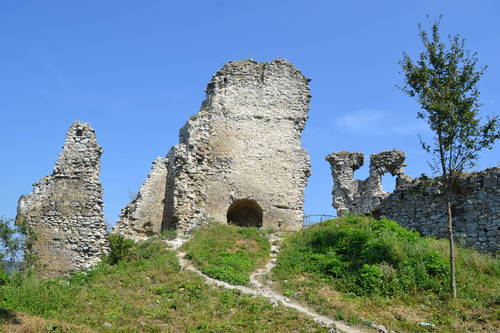 The origins of the castle are unclear even today

Because there is only few left of the castle we have very limited source of information so we can only assume what was the reason to built it. Many historical sources claim Viniansky Castle was built in the second half of the 13th century for protection of the Via Magna trade route, it went from Potisi to Poland. As usually, even this castle had many owners and was damaged during various conflicts. Eventually, the emperor let it demolish in the beginning of the 18th century. Fortunately, this work wasn’t precise so we have few remains we can admire today.

Restoration of the Castle
Except tourists and history fans of the Zemplinsko-uzska Castle Way Society. The members want not only to preserve this unique castle but also they try to promote it. If they were lucky, even they can revive the castle and hold there some castle games or workshops. During restoration they use original medieval techniques. It doesn’t make their work easier, however, they will keep genius loci of the castle, atmosphere you will feel when you come there. Another uniqueness is that they work in contemporary period clothing and thus they perfectly fit into the environment. 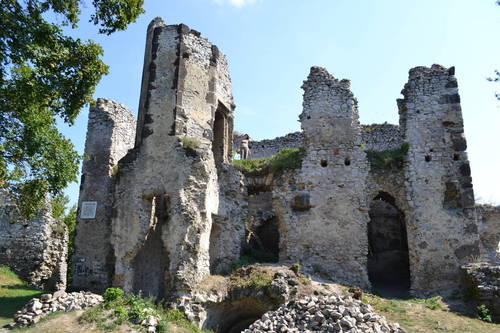 Cesta na hrad
If you choose the town of Vinne as your starting point, you may get to the castle via blue and then yellow tourist path. The walk will take you about an hour. The castle was surrounded by huge banks until recently, and on the side directed to Michalovce it was overgrown with bushed. However, you may see there has been done lot of work recently. Around castle it was clear of vegetation so there are some nice views over landscape. 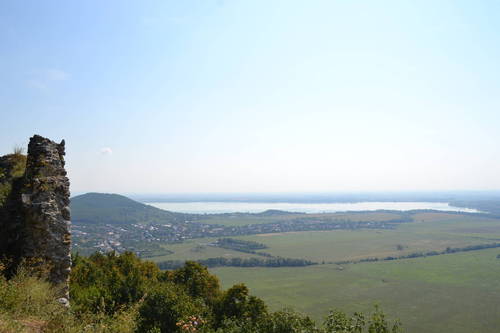 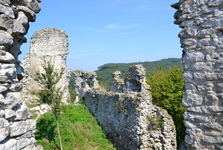 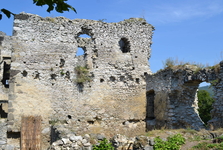 Vinianske Lake
If you found this trip too short, we recommend you to visit local Vinianske Lake that is near the castle and is situated in the middle of beautiful nature. It is only 3 kilometers from Zemplinska Sirava. Vinianske Lake is small and roundish, it covers the area of 8 hectares and its average depth is 3 meters. The lake is artificial and was created by influx of water from the Vinianska River to a valley at base of Mareckova and Sutovo hills. The lake is great for relax, bathing, boat rides, water sports or fishing.