Behind the tracks we reach the asphalt Móry road. We turn right and after a few meters walk we come to a relatively large accommodation facility, behind which the trail leads to our destination - the lookout tower. Before the short and undemanding climb, however, we continue along the road a little further, we want to look at the Church of the Elevation of the Holy Cross, which many visitors to the High Tatras even have no idea. 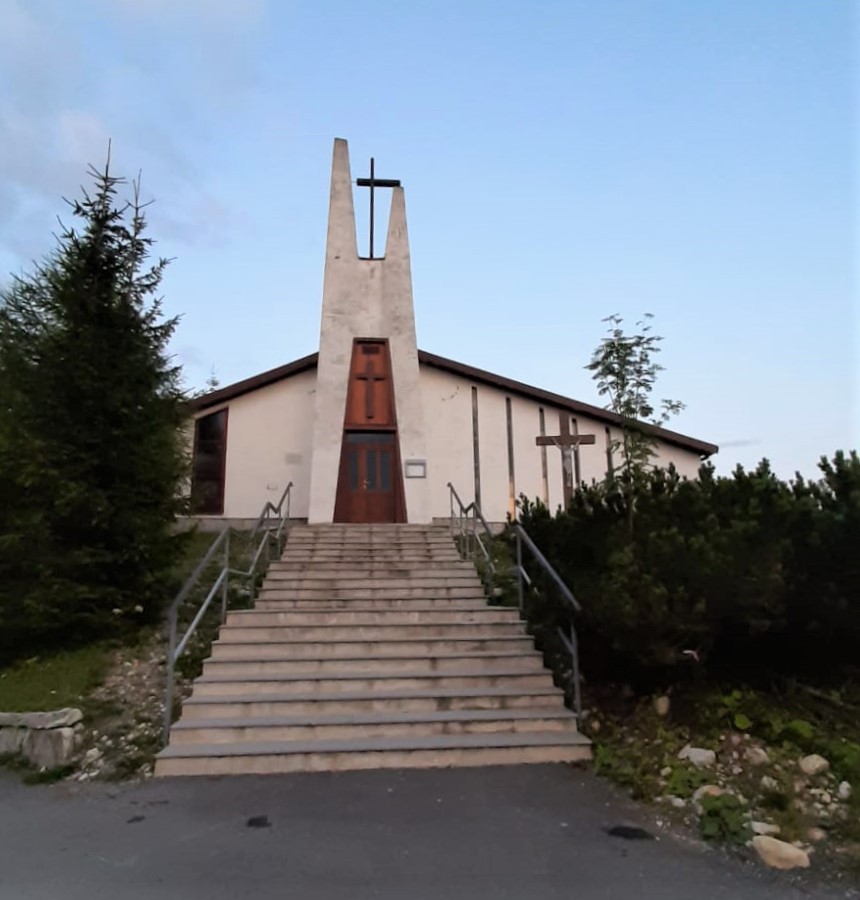 It is interesting not only for its modernist exterior, but also for its interior. The lighted interior of the church with wooden pews and simple sacral decoration behind the altar and pulpit does not offer a masonry wall, as we are used to, but thanks to the glazing you will see a panorama of the beautiful Tatra nature. The interconnection of the spiritual world with the natural world creates a truly unique atmosphere. 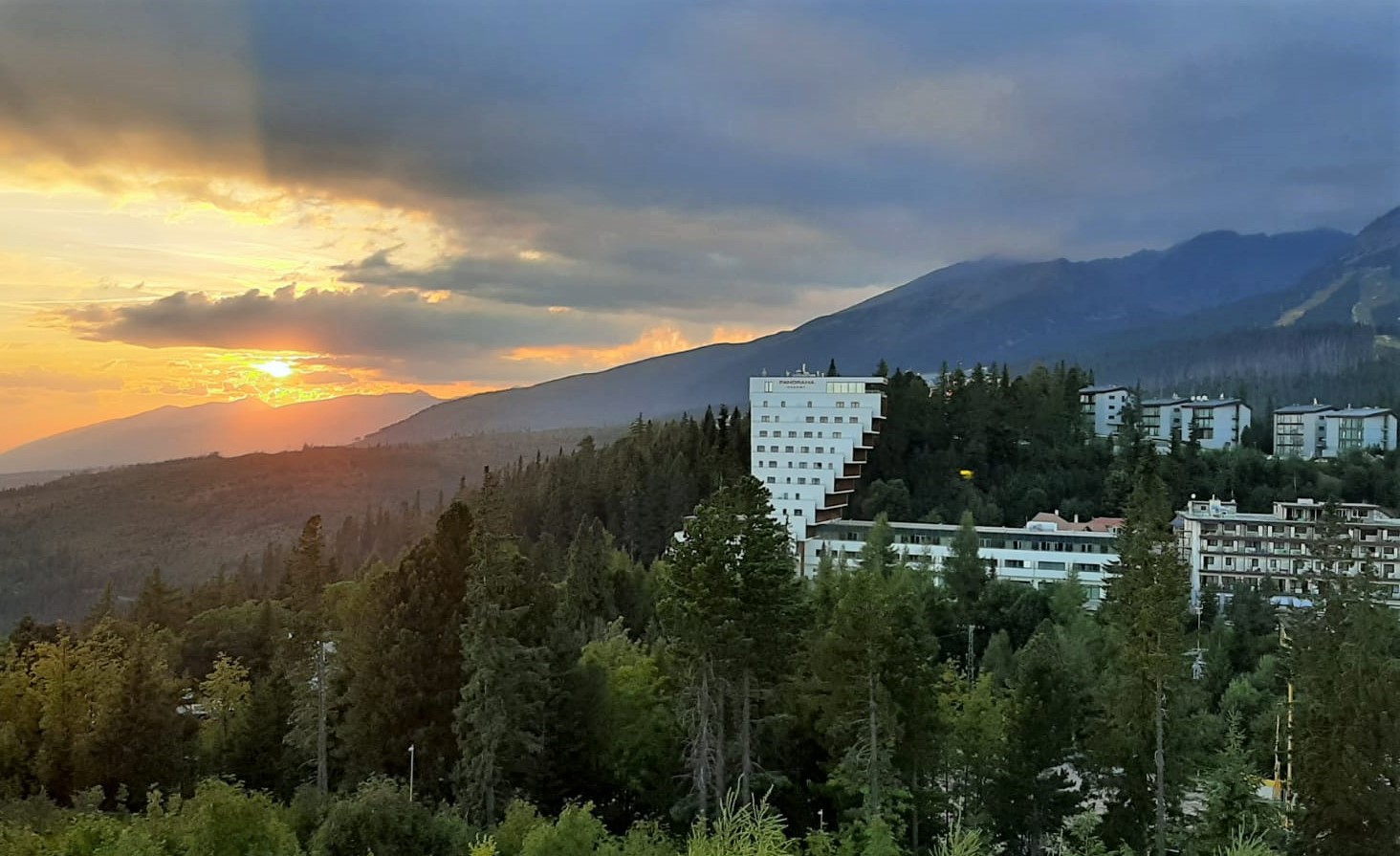 The church stands on the foundations of a private chapel built by Jan Móry and his wife. It was consecrated in 1937, but over time the capacity of the chapel was not enough and so it was rebuilt (in 1969, then in 1983). Unfortunately, the chapel completely lost its original appearance. 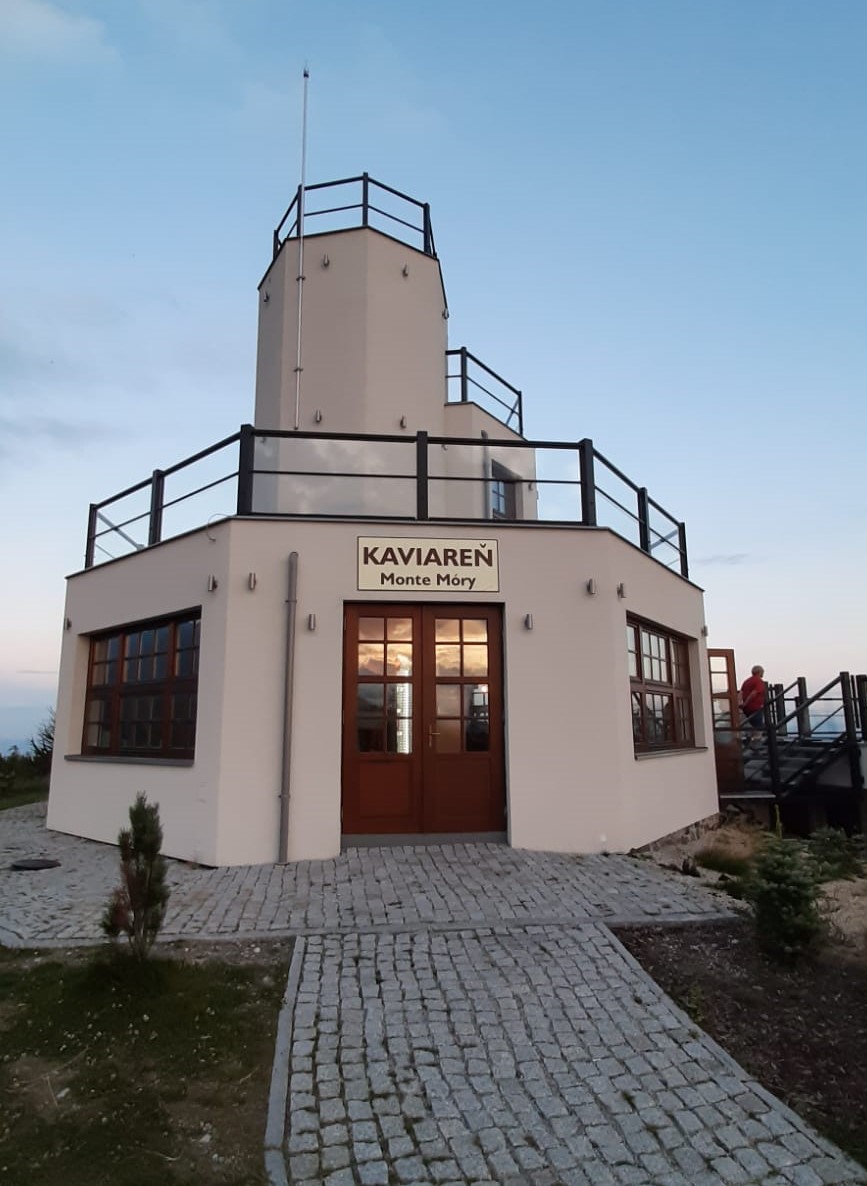 After a small detour we return to the signpost of paths, where, by a slight ascent, we come to the renewed lookout tower of Monte Móry, also called the Móry Lookout. The lookout tower rises above Nový Štrbské pleso and includes a café. 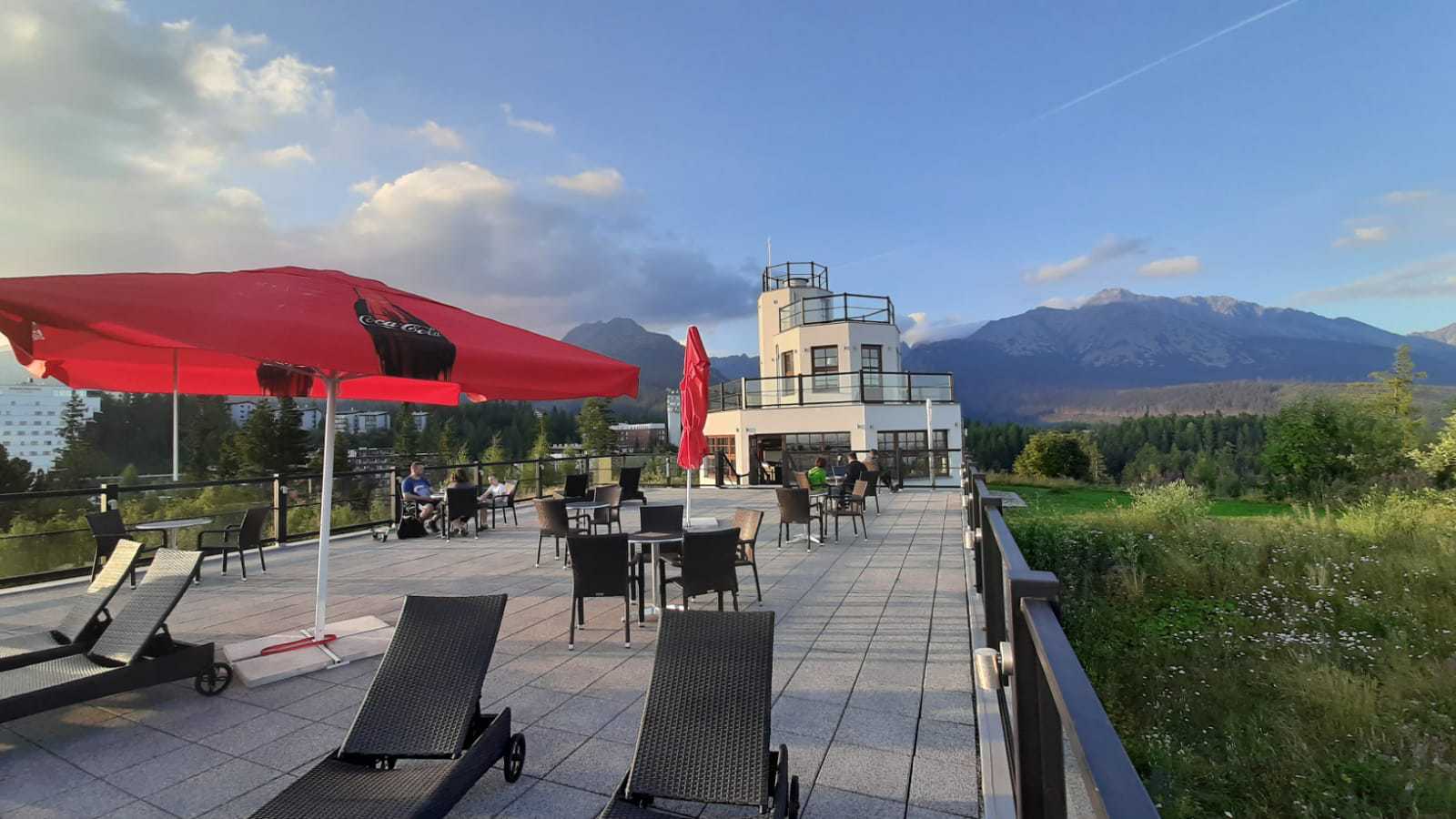 The history of this remarkable building began in 1905. The so-called father of the building is considered to be the architect Karel Móry (who also bears his name), who participated in the building of the Nové Štrbské pleso complex (Móry's settlement). A hotel, an artificial lake were built within the complex and a wooden lookout tower was built on the nearby hill (Charles Hill). As soon as the land was inherited by nephew - composer and pedagogue Jan Móry - the golden age of the newly established settlement came. Other hotels, family pensions and the aforementioned church were built. The original Art Nouveau lookout tower was replaced by a brick and served as a hotel café (refreshments were brought from a nearby hotel). 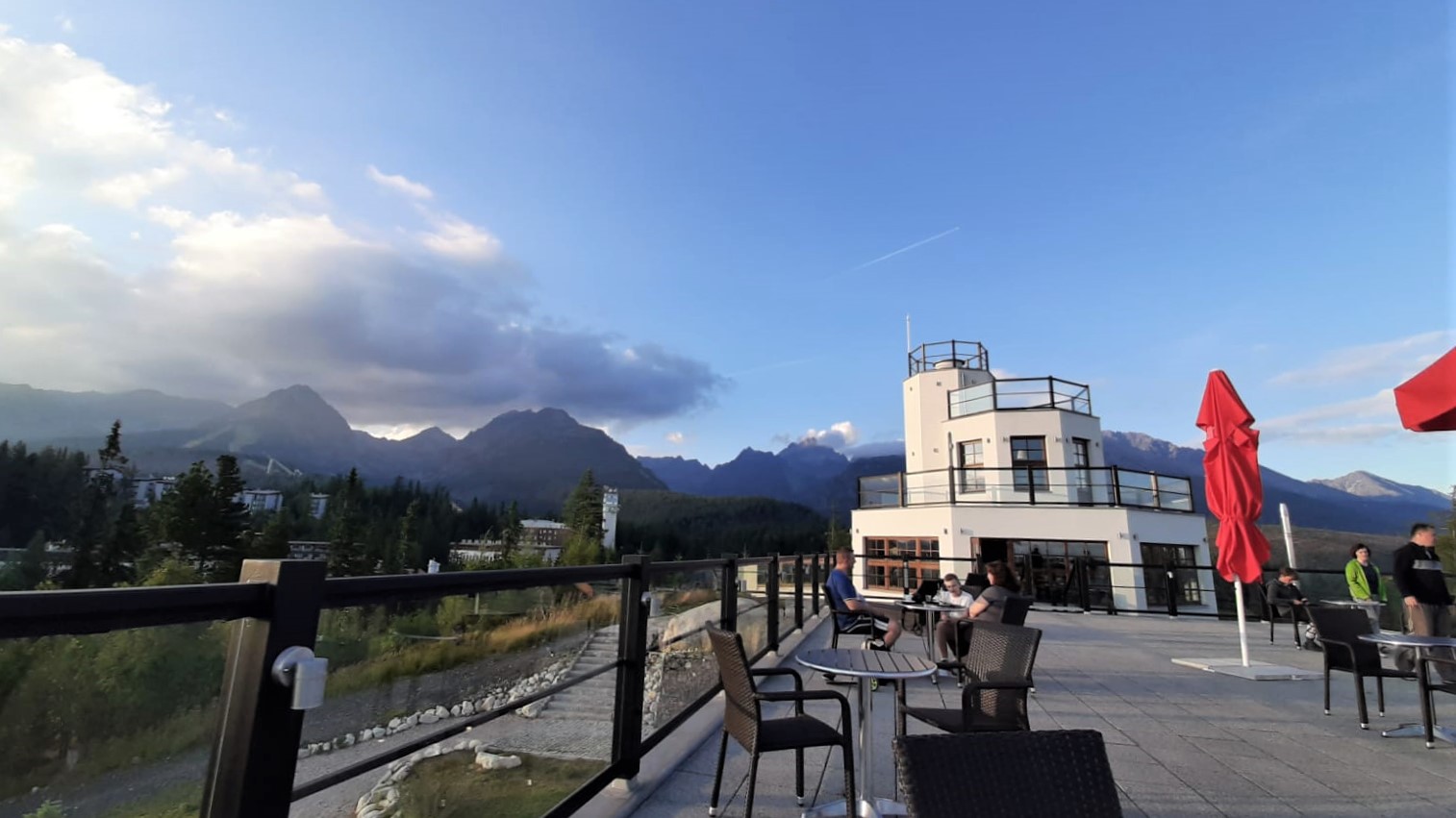 In the following period, a radio transmitter was added to the lookout tower, through which music from the “concerts” of the Móry family was spreading (Móry's wife Magda was an excellent singer and pianist). At that time, the name Monte Móra came into being, which symbolized the spread of music from mountain heights. The boom and rich social life lasted until World War II. After its completion, all property was appropriated by the state. 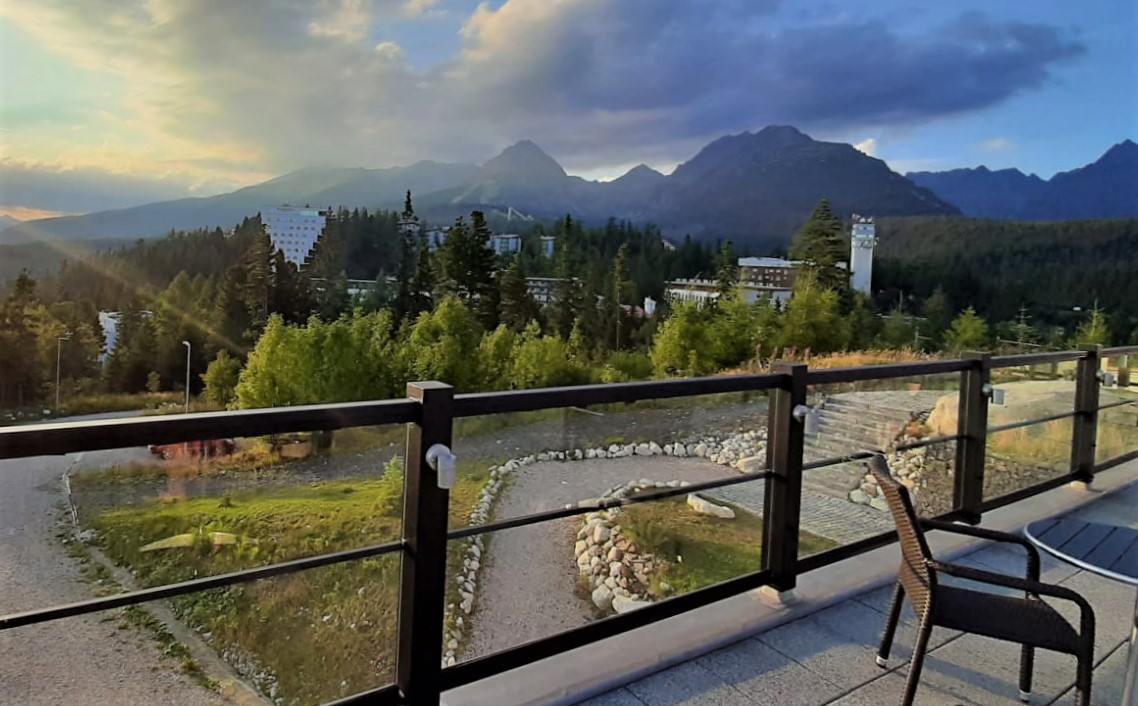 The beginning of the fall was not stopped by the declaration of the lookout tower as a national cultural monument in 1963. Over time, there were efforts for restoration, which, however, led nowhere. After a devastating storm in 2004, the torso of the building, which had hitherto been hidden in the treetops, was revealed, contributing to increased social pressure for reconstruction. However, the overall reconstruction began only in 2011. The reopening of the café with a viewpoint was in December 2017. However, it did not take long and the monument was closed again. 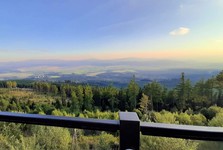 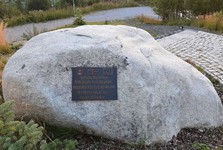 At present, the Monte Móra lookout tower is open again and hopefully it will remain permanent. In addition to refreshments and beautiful interior, it offers a free view not only of the surrounding majestic mountains, but also a large part of the High Tatras. You can even stay in a modern apartment with exclusive views. Once the cultural elite met here, today it is accessible to everyone! We are very pleased. 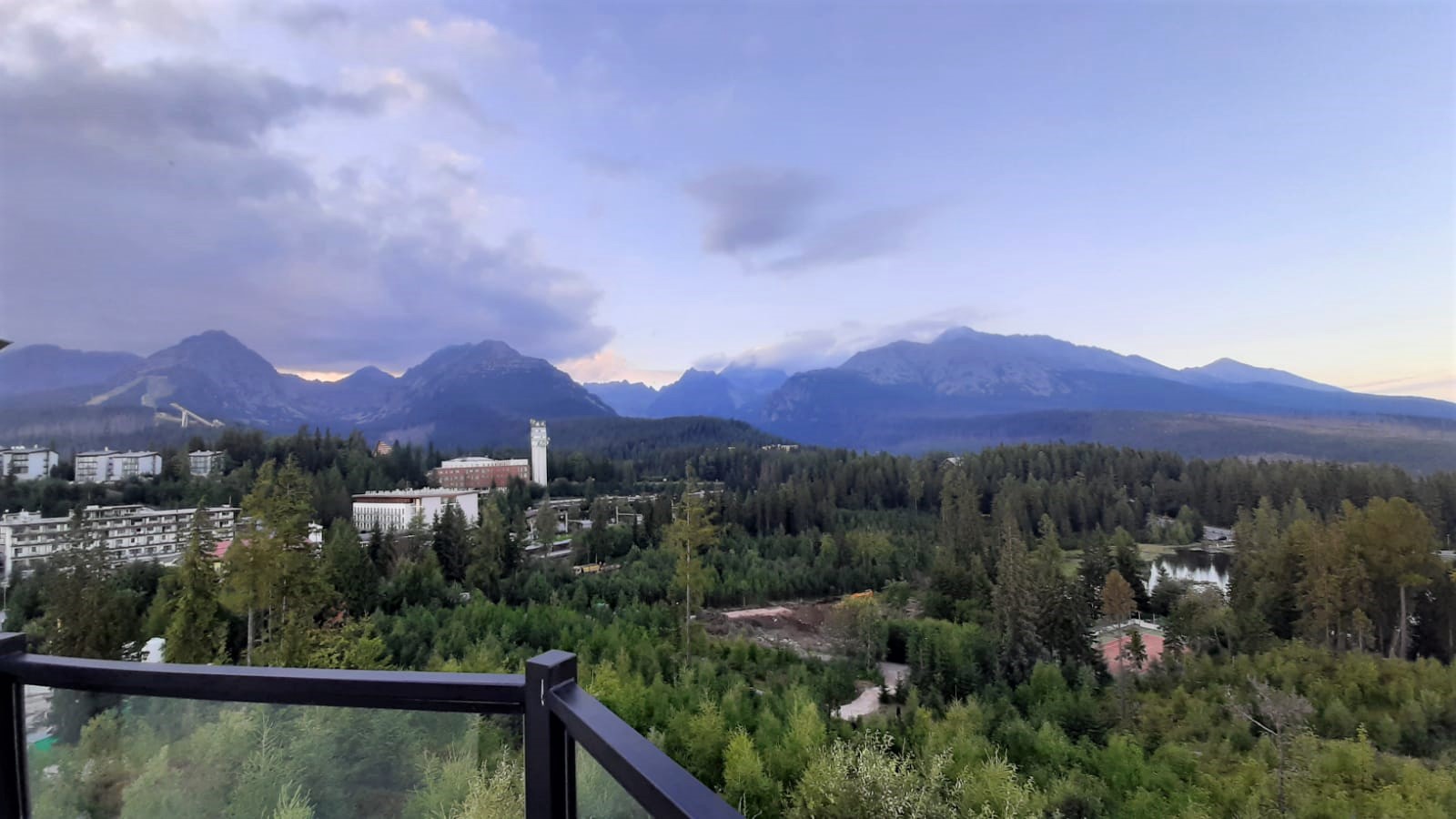 A trip to the lookout can be easily handled by children or mothers with prams, so if you visit the popular Strbske Pleso, be sure to stroll around.

Published: 16.12.2018
In the High Tatras, in addition to busy tourist sites, we can also visit less known areas with a lower frequency of visitors. For those who prefer peace and desire to enjoy the tranquil beauty of the alpine nature of Tater, we can recommend hiking through the Copper Valley to the main ridge of the mountain - to the Smooth Saddle.