Téry Cottage is accessible during the whole year however, especially in winter it is important to consider climbing up there due to high avalanche risk. The ascent to Téry Cottage itself is quite difficult thus tourists intending going there should be in good shape. We recommend you to start at Starý Smokovec along green tourist trails, and continue toon Hrebienok. From there go on along a red-marked trail to Zamkovský Cottage and next along a green-marked touristic trail right to the cottage. The walk will take you around three and half hour. Another, a more difficult walk, has its own term, 15.6. – 31.10., you can start at Tatranská Javorina and go across Rozcestí to Muráň and next across Sedielko right to the cottage itself. The whole walk will take you about 5 hours and 20 minutes. 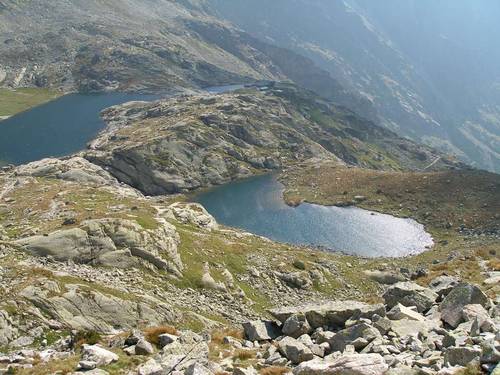 Well, now we now how to get to Téry Cottage but we don’t know about its history. It began in Malá Studená valley already in the 18th century, herbalists, gold-diggers, huntsmen and those who just loved nature went there to explore its beauties and richness. One of the very first sheds was constructed on a place located under the Large Slope called Fireplace. It was a huge rock with quite large space beneath it that after few adjustment was a place that allowed overnight stay for two to three persons. Of course it was not the only rock in the valley where people could. Thanks to development of spa industry tourists were more attracted to visit the Tatras. A popular choice was to visit Lomnický štít, Studený potok falls and a valley in Pět Spišských ples. 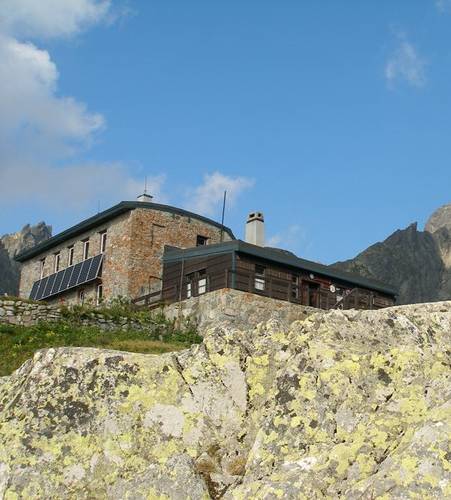 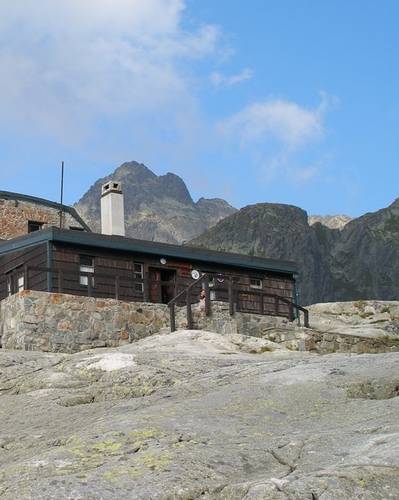 The first tourist pathway to Malá Studená valley was built in 1875. The important mountaineering pioneer Dr. Edmund Téry suggested to the Hungary-Carpathian Association in 1875 a construction of five cottages nearby Pět Spišských ples. During his student years he explored the Tatras and had a very close relationship to Malá Studená valley and knew Fireplace as well. This was also one of the reasons why he suggested a construction of a cottage for tourists. It was a quite hard job to do so, since the Association was divided to a conservative leadership and young membership. Only after secession from the Association and establishment of the Hungarian Tourist Association presided by Téry himself an agreement with the Hungary-Carpathian Association was reached and the Hungarian Association got the influence over Malá Studená valley. In 1889, a construction of a cottage began and its architect was Gedeon Majunke. Above a rocky wall nearby a lake in Pět Spišských ples was marked. This place had not only a view over the Poprad Valley but also over the High Tatras. In the course of construction planners tried to adept it as much to local environment as possible and make the construction safe as well. In its time it was the highest located cottage in the Tatras. Workers brought construction material on their back and it was a hard toil. Later, after the pathway was adjusted, horses did this works also. In August 1899 the cottage was ceremonially opened to the public and despite poor weather around hundredth people joined this event, an unprecedented event in its time. The cottage got its name after the bearer of the idea to construct it – Téry. An interesting fact is that nobody tried to rename it and thus it even today reminds us of a man who gave his heart to the mountains. 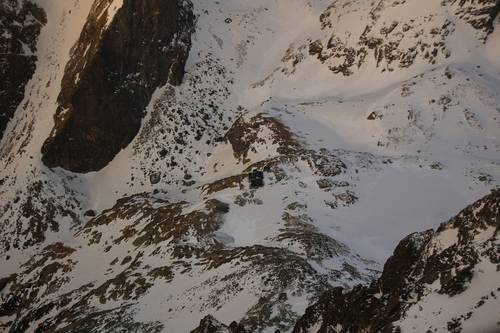 Regarding renovations Téry Cottage was no exception, first renovations were done before the Great War. The cottage had problems with high moisture levels and roof. After these problems were solved the cottage expanded. Not many people know that the cottage got its first telephone in 1912 and its number was 8c. However, it didn’t last long. The largest renovation happened in the years 1979 – 1983 during which a new central heating was installed and the cottage got also its sanitary facilities, generator of electricity and a water treatment plant. At the present Téry Cottage is equipped with 24 beds and is administrated by the Slovak Tourist Club and the JAMES Slovak Mountaineering Association. Its dining room has place for 50 people who can taste its cuisine. There is also amountain rescue station. A small water power plant between Blizké and Dolní Spišské lake was built in 1995. The cottage also uses energy of its own solar panels installed on its roof. 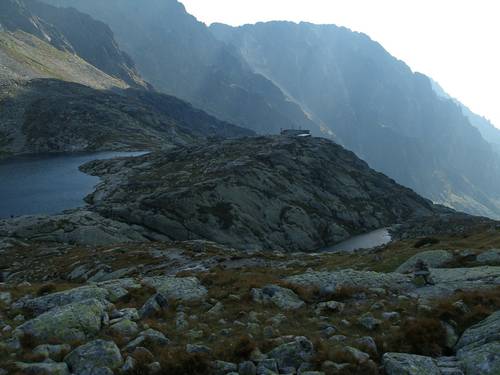 Load bearers bring supplies to the cottages and occasionally a helicopter. Many notable cottagers such as Štefan Zamkovský administered the cottage. The cottage is one of the highest located cottages in Slovakia and regardless a difficult climb there it is worth visiting it. Beautiful views over nature in the Tatras and possibilities to go from valley to another make the cottage unique.

Published: 13.8.2017
The High Tatras are among the most popular places for tourists in Slovakia. In summer, many visitors from home and abroad come here to enjoy the magic of mountains or do some hiking. Sedlo pod Ostrvou is a popular spot for easy alpine tourism.

Published: 7.3.2018
Mengusovska valley, High Tatras, is a place which every fan of alpine tourism must have visited. Its beauty and grandeur is at its best during summer season yet the present article introduces you to tourism in the area in winter.