We have visited the town of Hrusov last summer for the first time and we realized it wasn’t the last time. The good name of Hont is not only a result of well-organized festival but also really pleasant and open people of Hrusov. 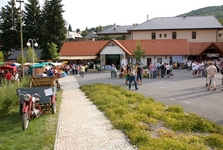 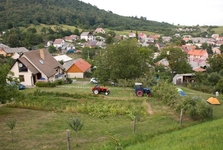 The picturesque town of Hrusov
The picturesque town of Hrusov keeps its unique character until today with its traditional folk features and its typical spa farms. You may find the town in the southern part of the Region of Banska Bystria , in Velky Krtis District. Today, the life of the town situated on Krupinska planina is centered in the downtown, however, this wasn’t always true. In the past, Hrusov as well as many other Slovak towns, were typical for their biresidenceship, it means that the people of Hrusov farmed on solitudes and gathered on Sundays in the village. Today, mostly elderly live at solitudes and many farms are today places for recreation. At first glimpse, it may look like villages are dying out in Slovakia, but this isn’t true. The town’s management together with citizens who love their region try to improve living conditions of its people. In 2003, the town of Hrusov received prestigious "the Village of the year award". A year later, in 2004, Hrusov took part in European competition "The Renovation Prize Village 2004". Even in this contest Hrusov succeeded. Hrusow received an award for it success in preserving its identity and improving living conditions and tourist industry despite difficult geographical and economical conditions. 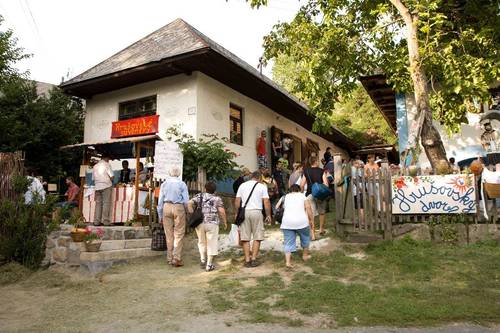 Far the most important event in the town that tries to preserve its traditions and attract tourists it’s a unique folk festival called Hontianska Parada, being held here every summer. This year it will be for the 18th time and it will run from August 16 to August 17, 2013. It is one of the newest and most attractive events related to traditional culture. It caught interest for its originality and inventiveness. Hontianska Parada is the largest even and presentation of Hrusov, however, it is also the peak show of local folk culture. Traditionally, the village prepares carefully few months ahead and for the two days the village is very busy – its yards, streets, surrounding solitudes, convention house, and amphitheater. Hrusov is perhaps the best example of engagement of all its inhabitants in various activities. Everyone does what he can; some dance on a podium, some sing or just perform a show, some prepare extraordinary goulash, or show works on field, or at least help with organization. It is very rare to see such a cooperation in Slovakian countryside. Hontianska Parada tries to bring closer almost forgotten agriculture , various crafts as well as other farm works and traditions so well-known to former generations. The most interesting things you may even try and you can look forward to the harvest time, corn cultivation, grass cutting, bread baking in traditional stone stoves, wood dressing, and many other things. Also folk shows are included and they take place in an interesting festival as well as outside it. You will see not only local but also folklorists and entertainers from abroad. Also, it is worth visiting yards, wine-cellars or stopping by stalls to try some local specialties. 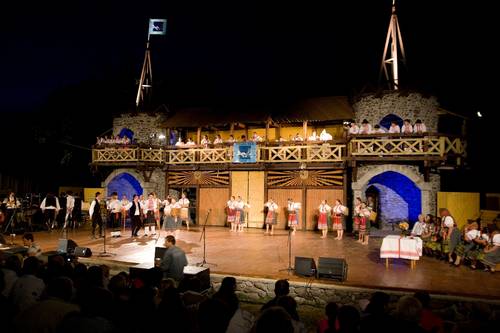 We really recommend you to visit this place.