At the end of autumn we were hiking in a beautiful royal city Kezmarok where we visited even a museum in Kezmarok Castle. Every hour of the opening hours, the castle is accessible for a reasonable charge. You can get a tour guide. The place to buy tickets to the showcase are also souvenirs and interesting promotional materials. The whole tour takes about an hour and consists of multiple exposure. 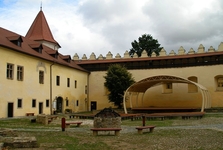 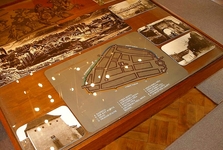 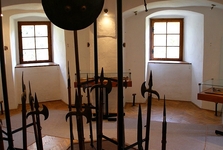 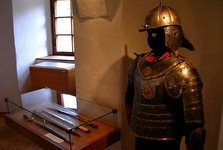 The museum shows ancient and medieval settlement of Kezmarok and its surroundings. It presents findings from different sites in Kezmarok from the Stone Age to the Middle Ages. There are also maps from the researchers who contributed to the research around Kezmarok. Another exhibition is devoted to the family Thököly, followed by the guilds and crafts , where the visitor can admire a number of exhibits , including rarities such as a book of cuts from 1641 , wooden wheel of 1888 or collection of Gothic products. Equally interesting is the map of Kezmarok as a medieval city, its historical weapons , shooting clubs or associations of doctors and pharmacists in the region of Spis. The latter exhibition attracted perhaps the most attention from the exhibition room, in addition there is an established and equipped pharmacy drugs from the 19th and 20th centuries. Walk in museum continues in rooms dedicated to the life and work of Dr. Vojtech Alexander with exhibits of photographs, radiographs. In 1988, it was declared a national heritage. There is also the oldest X-ray machine. Remarkable is the observation tower (dungeon), which gives you beautiful views of the city and the good weather and of the majestic Tatra Mountains. The final exhibitions shows the city in 19th and 20th centuries, historical portraits and relation of Kezmarok with the High Tatra mountans. 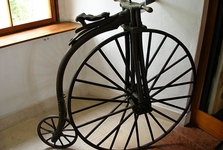 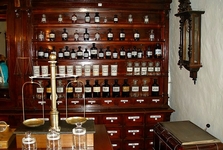 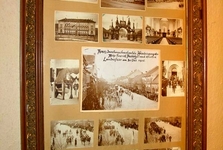 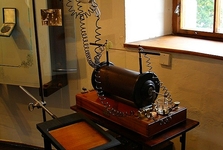 There are legends about Kezmarok castle. Such as about Beata Laska who was bricked into the wall. The punishment was given for her trip to Zelene pleso. Or the legend of Black Lady , which is said to still wander around the castle and haund. Black Lady is supposed to be the key keeper in the castle, which for the appropriation of the jewels of immense value became cursed. 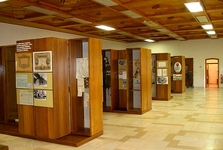 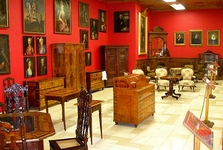 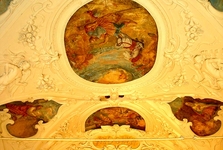 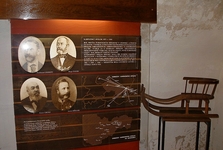 n conclusion, we highly recommend that you to visit the exhibition of historic cars, which is also located in the castle and is definitely worth seeing. Kezmarok Castle is the only completely preserved castle in the region of Spis. It offers many interesting nooks and places to explore, so its visit would be definitely worth it.