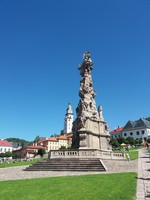 The city of Kremnica has lures. We tell you more about them in the following lines. first, however, let's take a brief look at its history which is closely related to ore mains. As early as the 10th century began the mining of gold and silver and it brought city to prosperity soon. Kremnica was already an important regional city in the 14th century. Hungarian King Karel Robert of Anjou granted it the privileges of a Royal mining and mint town. The same emperor founded a mint there. It produces coins for Hungary and also for other countries of the world. Kreminca thus reached unprecedented influence among central Slovakian cities. For its large production of gold it was nicknamed "golden" Kremnica. Also, the city had privileges to brew bear, right to exection, it was freed of Royal custom fees, and townsmen had their liberties. Many settleres from foreign lands came in Kremnica. Therefore, German was long major language there. You can still observe its traces. Many important personas visited the city such as Franz Joseph I, or Bulgarian King Ferdinand I Coburg. 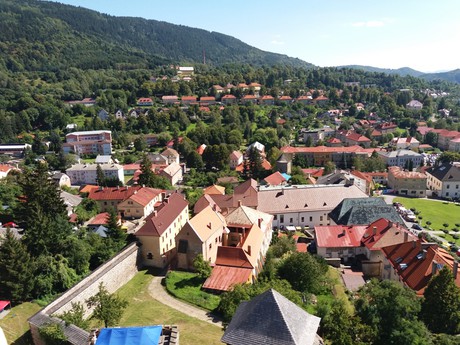 There is one interesting fact about Kremnica. One of the last Marian columns in the Habsburg emprie was built there. Moreover, the city was the first city in Hungary with public electric lighting in 1889. To bring you closer to the city's history we tell you now more about its selected landmarks. 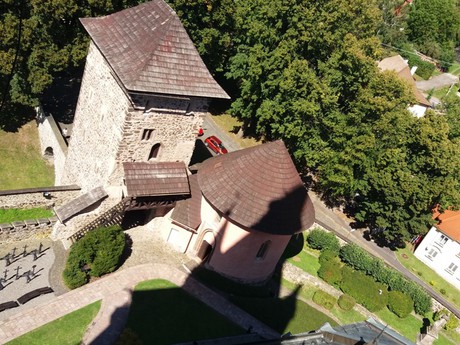 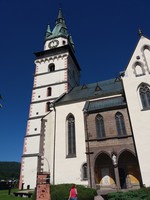 What we need to start with is Town Castle. You can find it rising on a rock above the central square. The castle consists of medieval buidlings constructed between the 13th and 15th centuries. Its original appearence did not survive. It is estimated though that there was a Romanesque church where the current castle stands. Gothic castle wall, a stone bridge, entrance gate, the Northern tower are the structures you can see and wonder upon today. In the latter, there is a museum. A roundigsh building is situated on the castle yard. It is called karner and it operated a chapel and an ossuare at once. The Mining tower is situated right behind it. High-Gothic st Catherine church is the symbol of the castle. Inside are precious artifacts and 3500 pipe orans. In addition to that, there are the Clock tower, Old Town Hall, or Stair tower on the castle grounds. Set aside enough time to thoroughly explore this wonderful place. 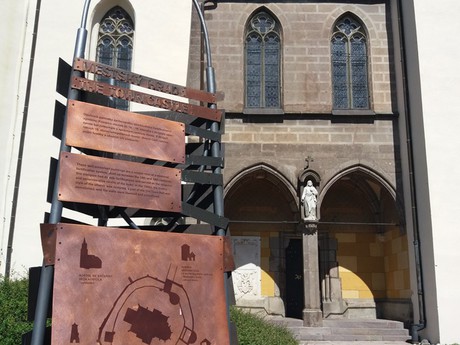 Another great landmark is the mint. It has been in operation since 1328. Yet the coins are not only product made there. Medals, badges, chains, memorial tablets and many more producs are made there. The most valuable of local producs are the Anju coins of 23 carates. These copied golden coins of Florence, Italy. Later, coins depicting Hungarian saints were coined. 16th century tolars are another interesting product with their typical size. Among more recent currencies, eurocoins are coined here as well as Latin American or Asian countries' denominations. we should not forget also about memorial coins or collector's coins. To unravel the mystery of the mint you can visit its historical buildings built in 1450. There you can explore well-preserved coning machines, coins or more recent technologies. Lastly you can go to local store and buy some wonderful souvenir. 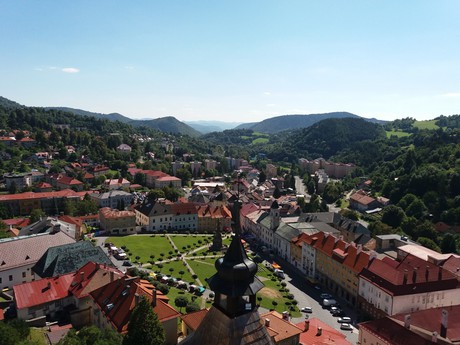 Town houses belong to other sights in the city. You can find them on Stefanik square. There are also mining sights around. However, Kreminace is vibrant not only thanks to landmarks.

Plan your visit when some great event takes place. Foremost among them are the Kremnice gags, the European Festival of Humor and Satirewher over 300 artists perform. Then there is Kremnice Castle Organ which is a festival of classical music. The Guild Feast is sort of a celebration of the town. The last but not least among the greatest is Big Air in the City - a unique snowboard and freeski show.

Yet the events and tourist attraction are not everythign there is to see in Kremnica. Nature is wonderful. Regardless if you roam along the Kremnice stream or wander to the local thermal pool with healing effects. All is great. We would like to tell you more about nature around Kremnice, therefore accept our invitation for a trip next week. 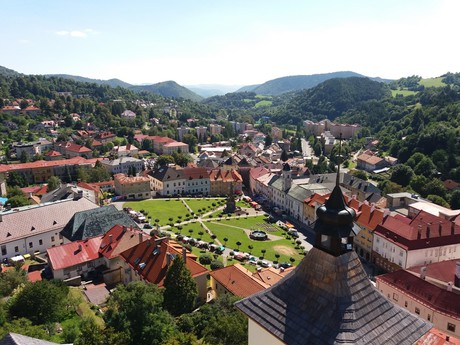