Published: 8.11.2020
In the following lines, we will take you to one of the most beautiful places in Liptov, which abounds in history, unique views and sports opportunities. The place is Lesopark Háj - Nicovô located on the northern edge of Liptovský Mikuláš. 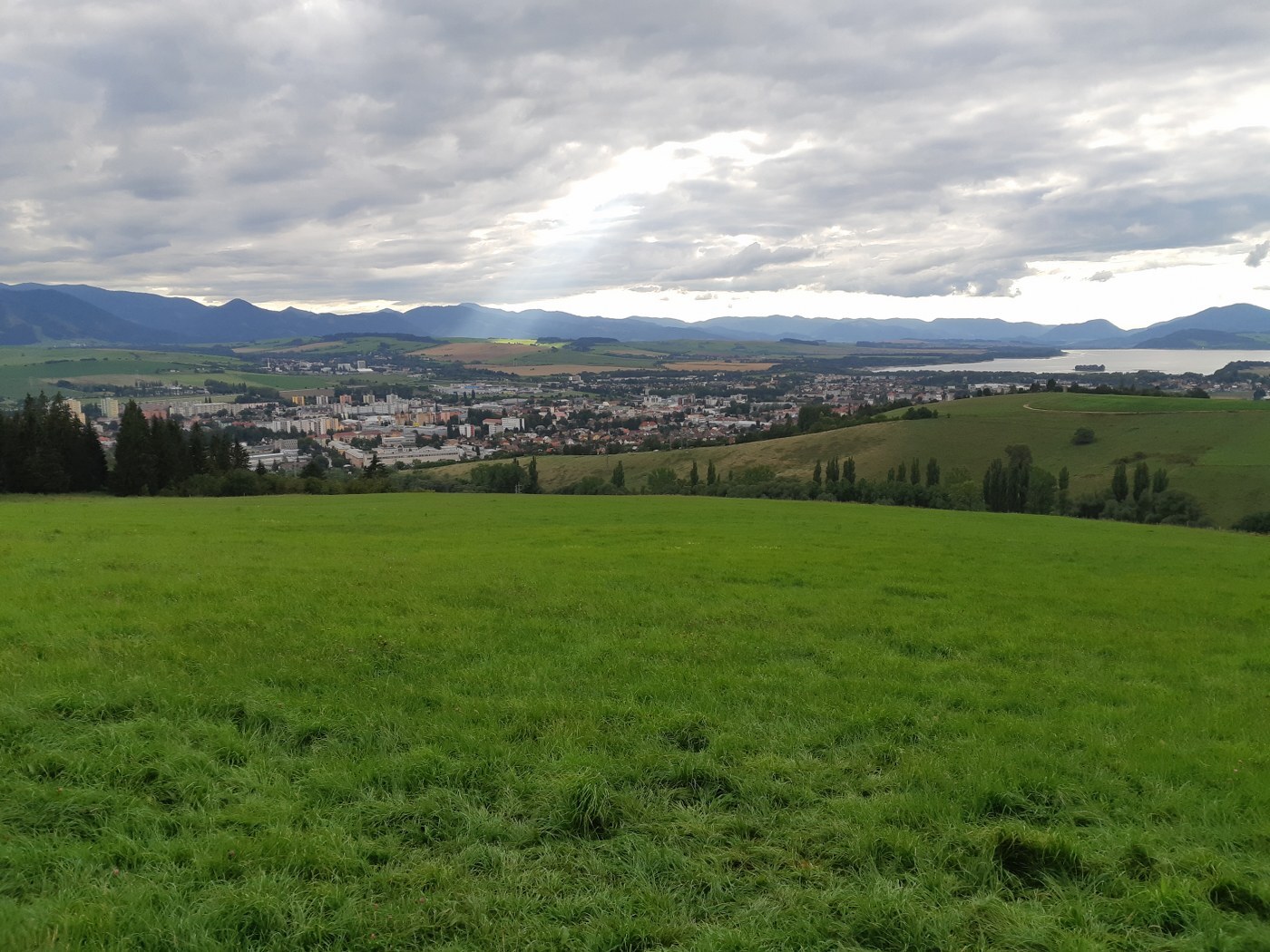 The availability of the forest park is more than excellent. The Path of General P. Kuna leads to it, named after an important participant in the Slovak National Uprising, who led the liberation struggles in Liptov. Unofficially, the route is also called the Path of Heroes. 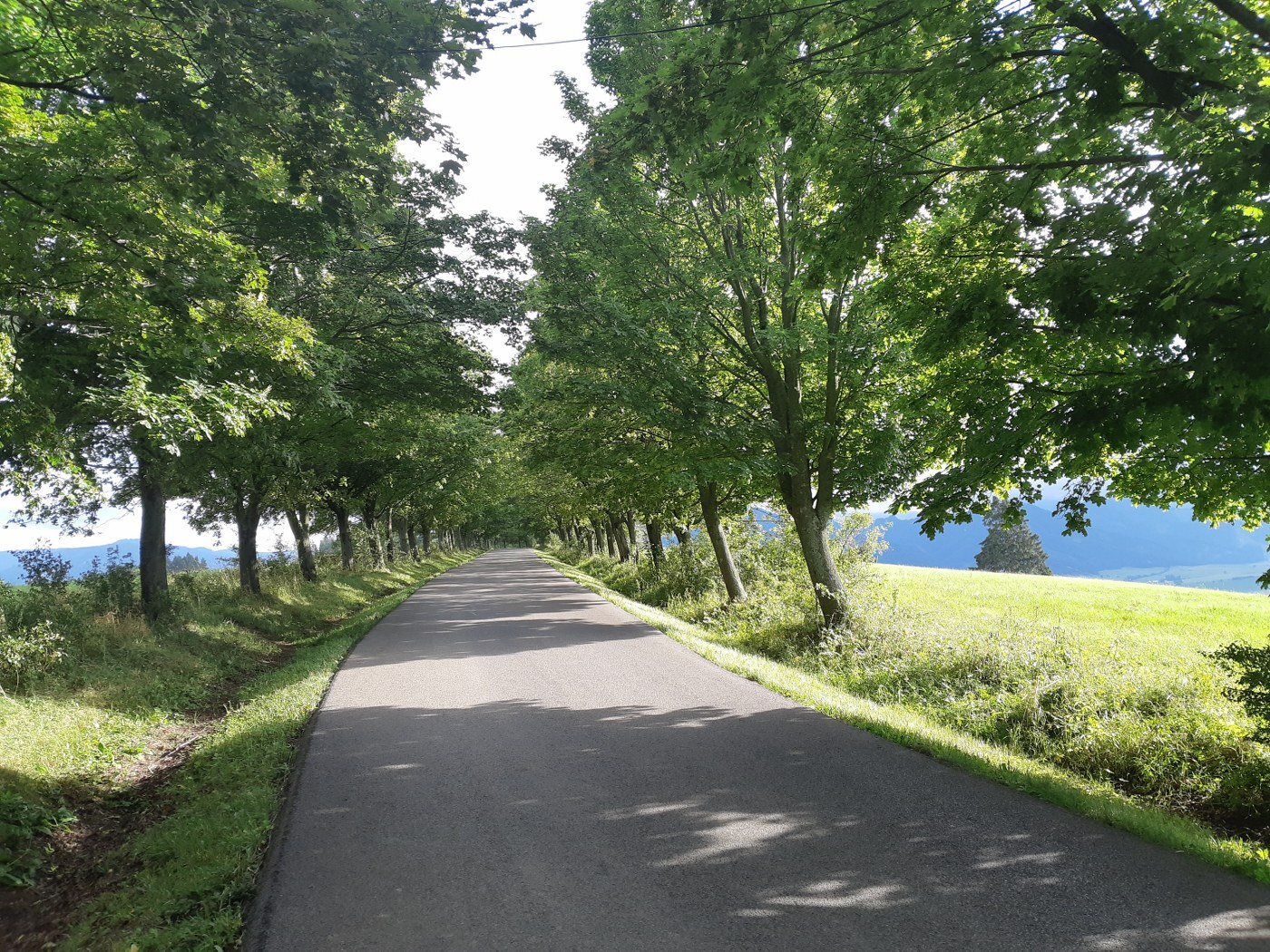 The asphalt road, which can be reached by car, on foot or by bike to the very top, is completed by two large car parks. Please note, however, that it is not maintained during the winter. More attractive for tourists, however, is the unpaved Hołna route, which gently copies the asphalt road from the railway crossing. In addition, you will find two nature trails on this route. 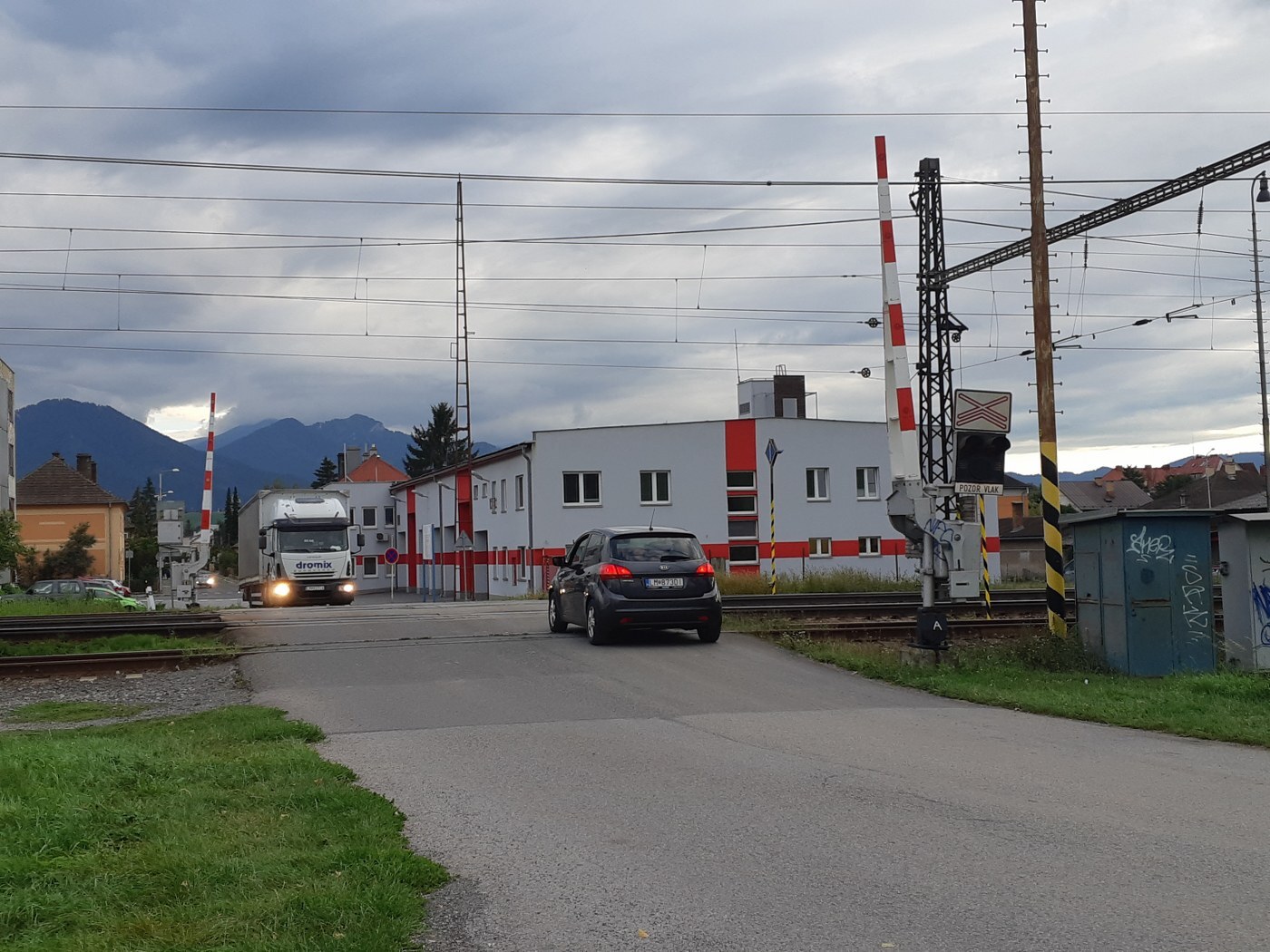 The Nature and Landscape nature trail (1.3 km), leading along the green mark from the railway crossing to the Háj lookout point, will take you around a century-old poplar, insect house, meadow, children's playground and time steps that capture the geological bedrock of the Liptov Basin. You will suddenly go back in time by 460 million years. 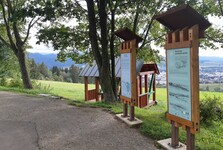 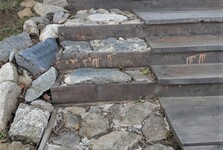 From the Háj viewpoint, follow the red sign along the Military History nature trail (0.47 km), which will take you through the second most difficult battles of World War II in Slovakia, where Liptovský Mikuláš was fought for a long 62 days. You will learn about the fighting troops, the weapons used and the restoration of devastated Liptov. The trail ends at the reverential area. 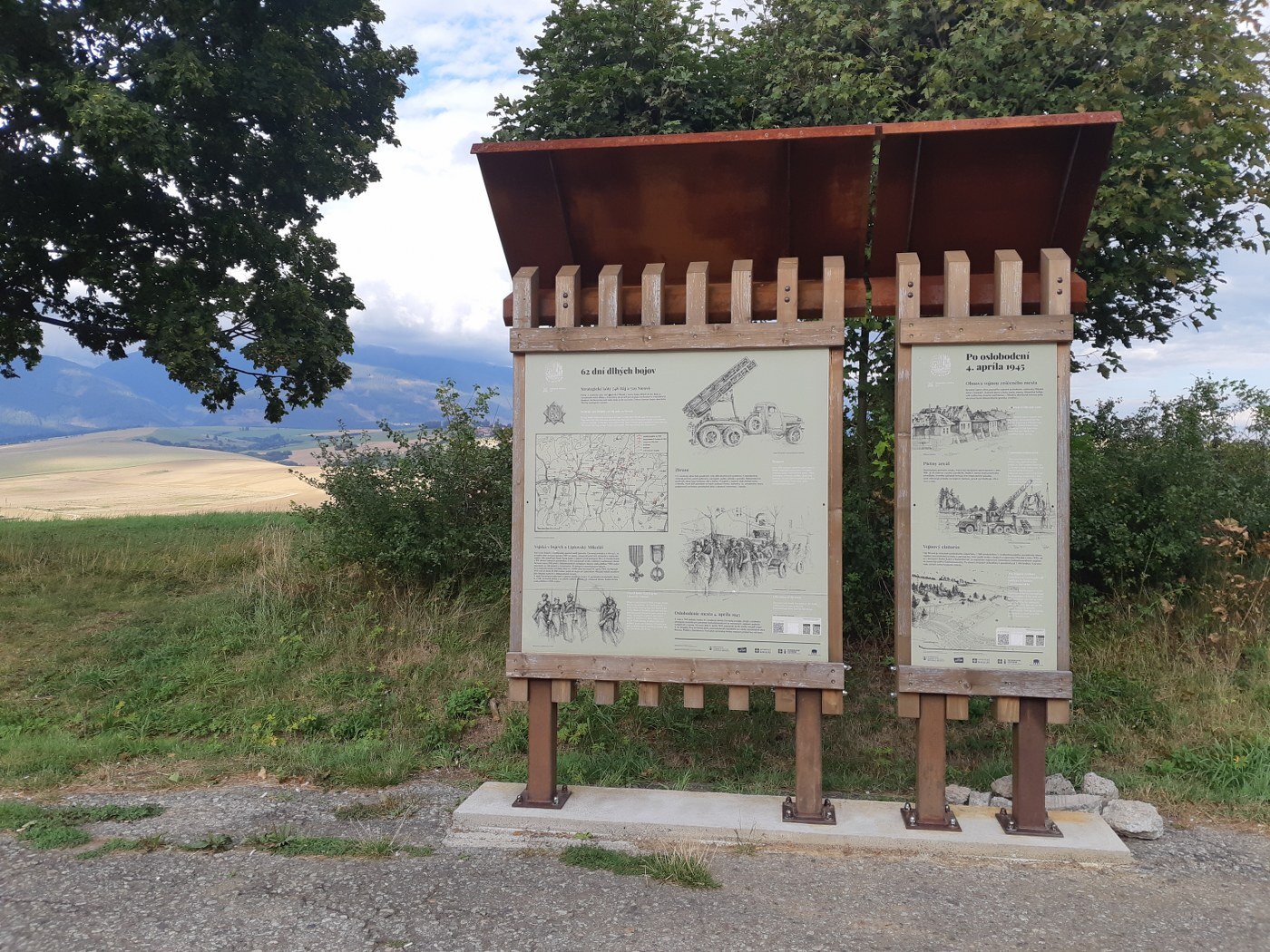 The monumental reverential area, opened in 1961 and declared a national cultural monument, will amaze not only the monument with a 15-meter pylon, which leads to a staircase with a sculptural group, but also the largest war cemetery of Czechoslovak soldiers in the former Czechoslovakia. 1369 members of the 1st Czechoslovak Army Corps, soldiers of the insurgent army and partisans found their last resting place here. In the lower part of the complex, in 2018, a modern monument was added to commemorate war veterans and professional soldiers who perished while performing tasks in foreign missions and operations. 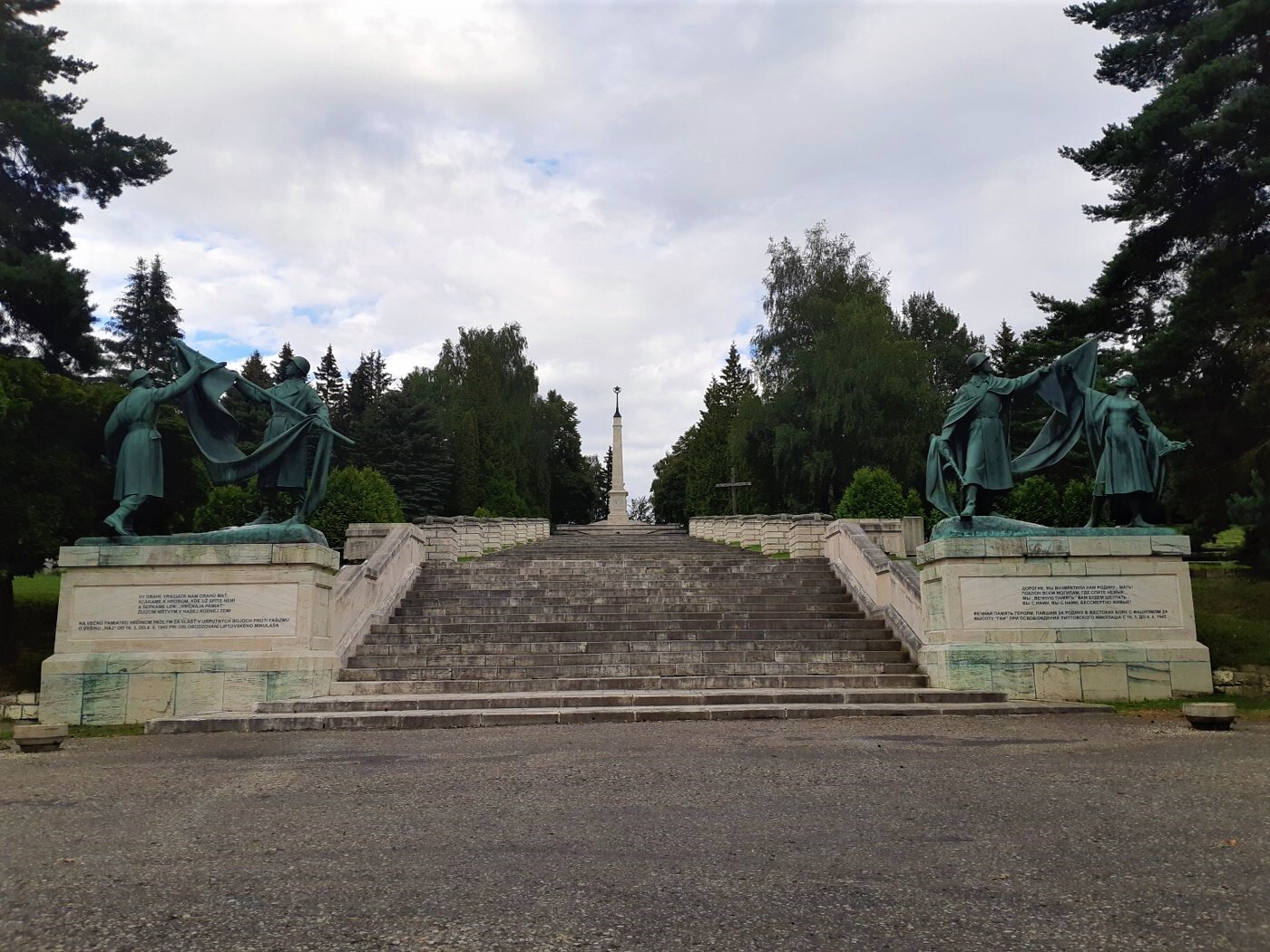 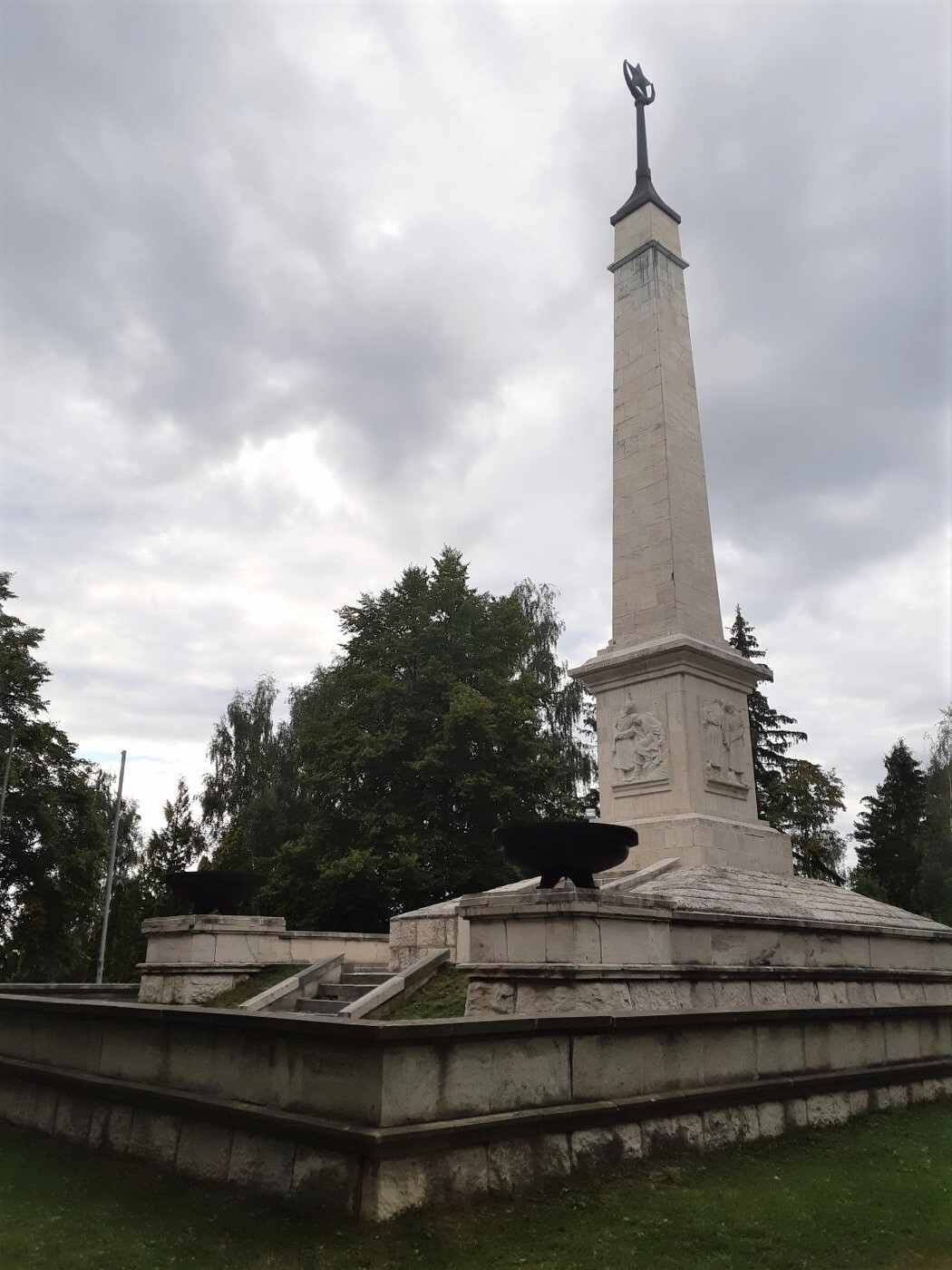 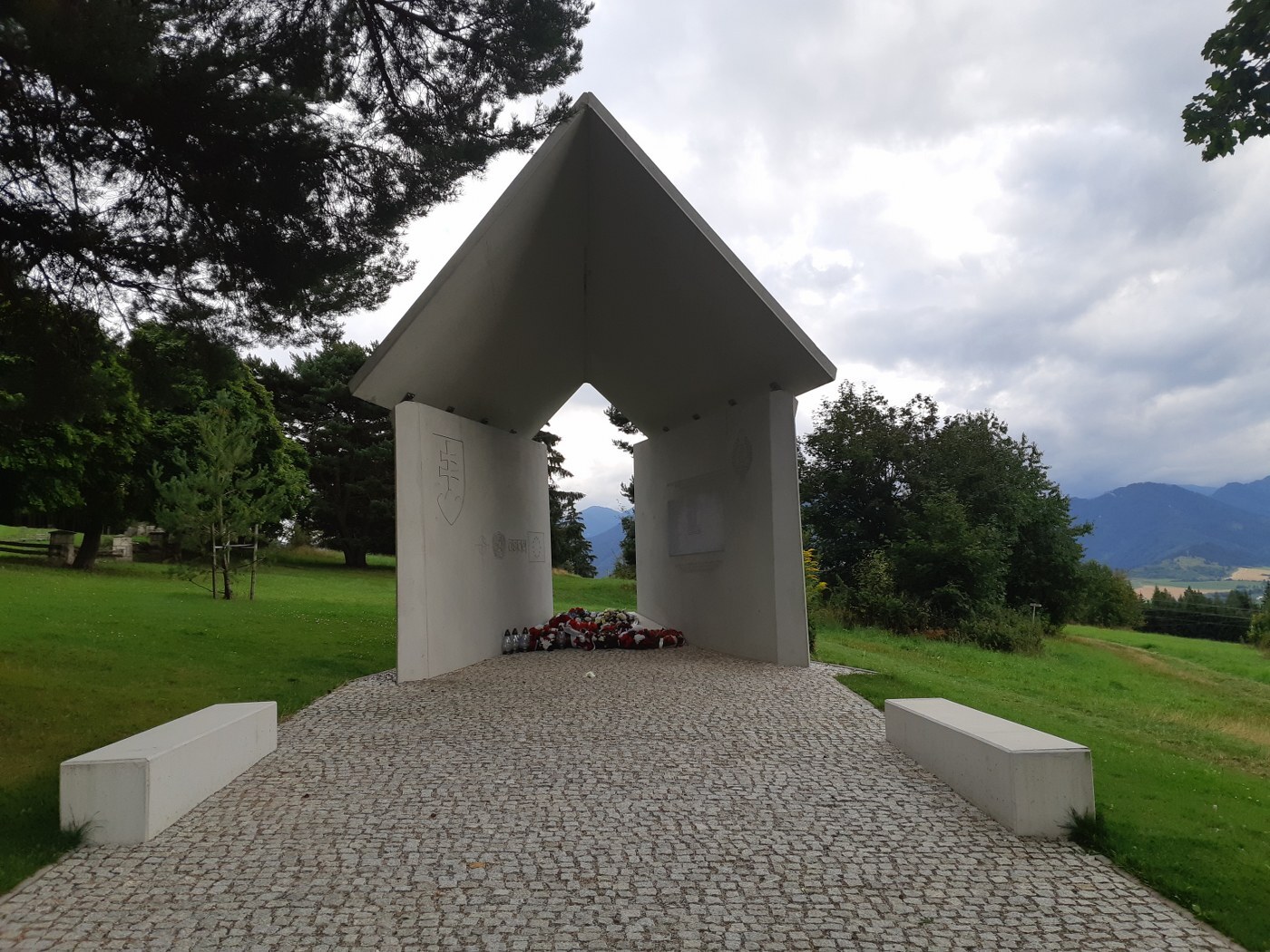 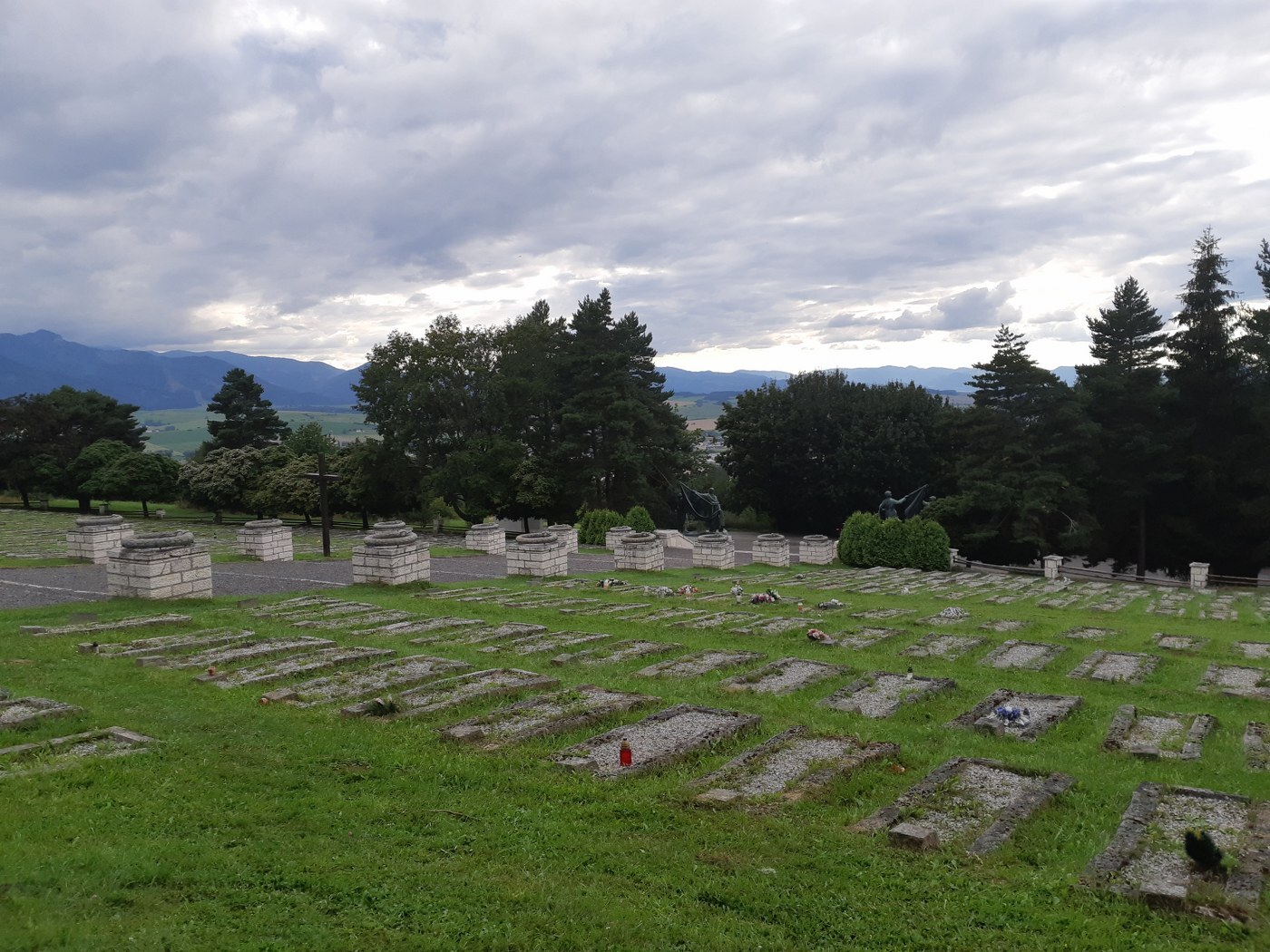 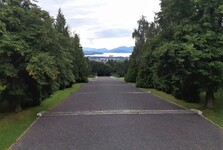 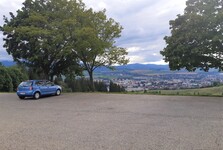 We must not forget the cyclists, who on the way from Liptovský Mikuláš to Žiarská dolina can diversify their cycling tour by turning to the top of Háj. If you hear shots, don't be afraid, because near this picturesque place is the first ecological Slovak shotgun range. Even skiers will not come short, because on the eastern slope of the hill Háj (behind the monument) is the ski resort Podbreziny with an elevation gain of 115 meters. It has one ski lift and 2 km of maintained cross-country trails. 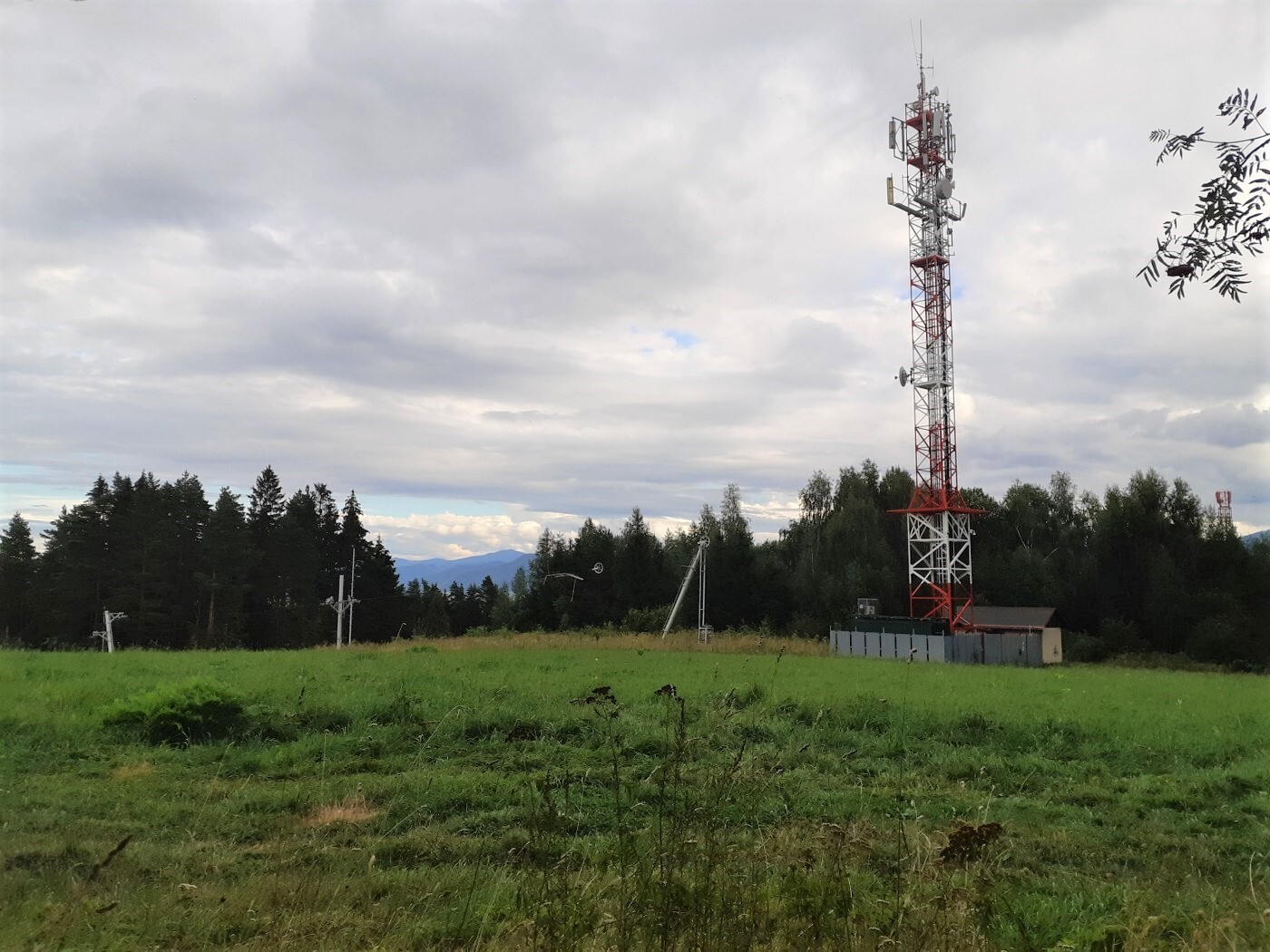 From the historic center of Liptovský Mikuláš, the beginning of the forest park (at the railway crossing) is only 1.5 kilometers away, which is less than 20 minutes walk. In another 45 minutes you will reach the very top of Háj (748 m above sea level). First you will be attracted by the panoramic view of the northeastern High Tatras, Western Tatras and the vast Choč Hills. You will also be able to observe the Low Tatras and part of the Velkofatranské mountains. There will also be views of the Podtatranská kotlina, built not only by the district town, but also by the picturesque villages and towns. The dominant feature is the water level of Liptovská Mara. A part of the view is also a shelter. A little further on, you will dive into the bitter memories of the past, which should not be forgotten. 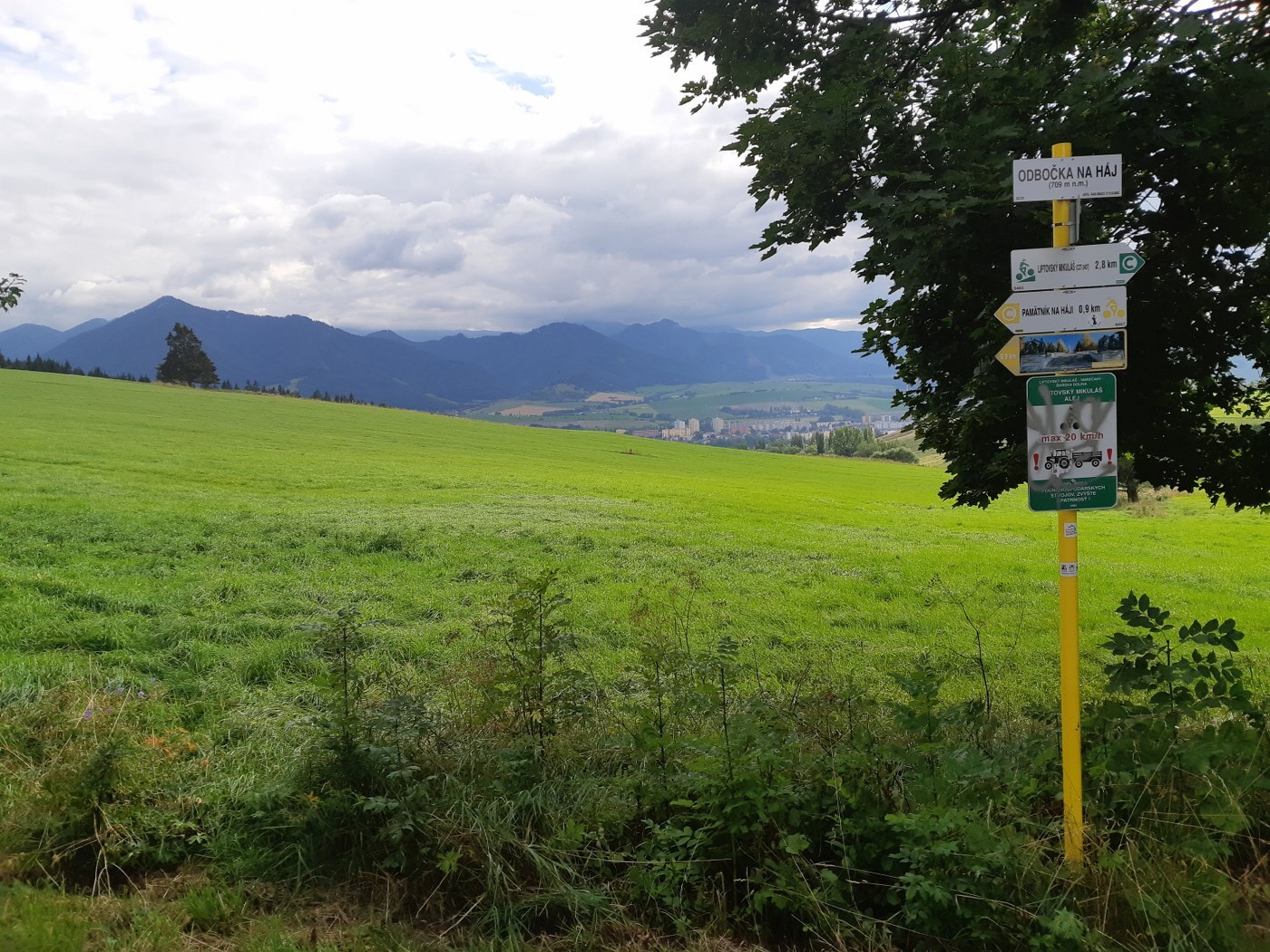 There are not many such places in Slovakia, where after a short walk you will see amazing mountain scenery, you will remember the heroes who fell in battle, you will enjoy the magnificent architecture and sports activities in a quiet natural environment. 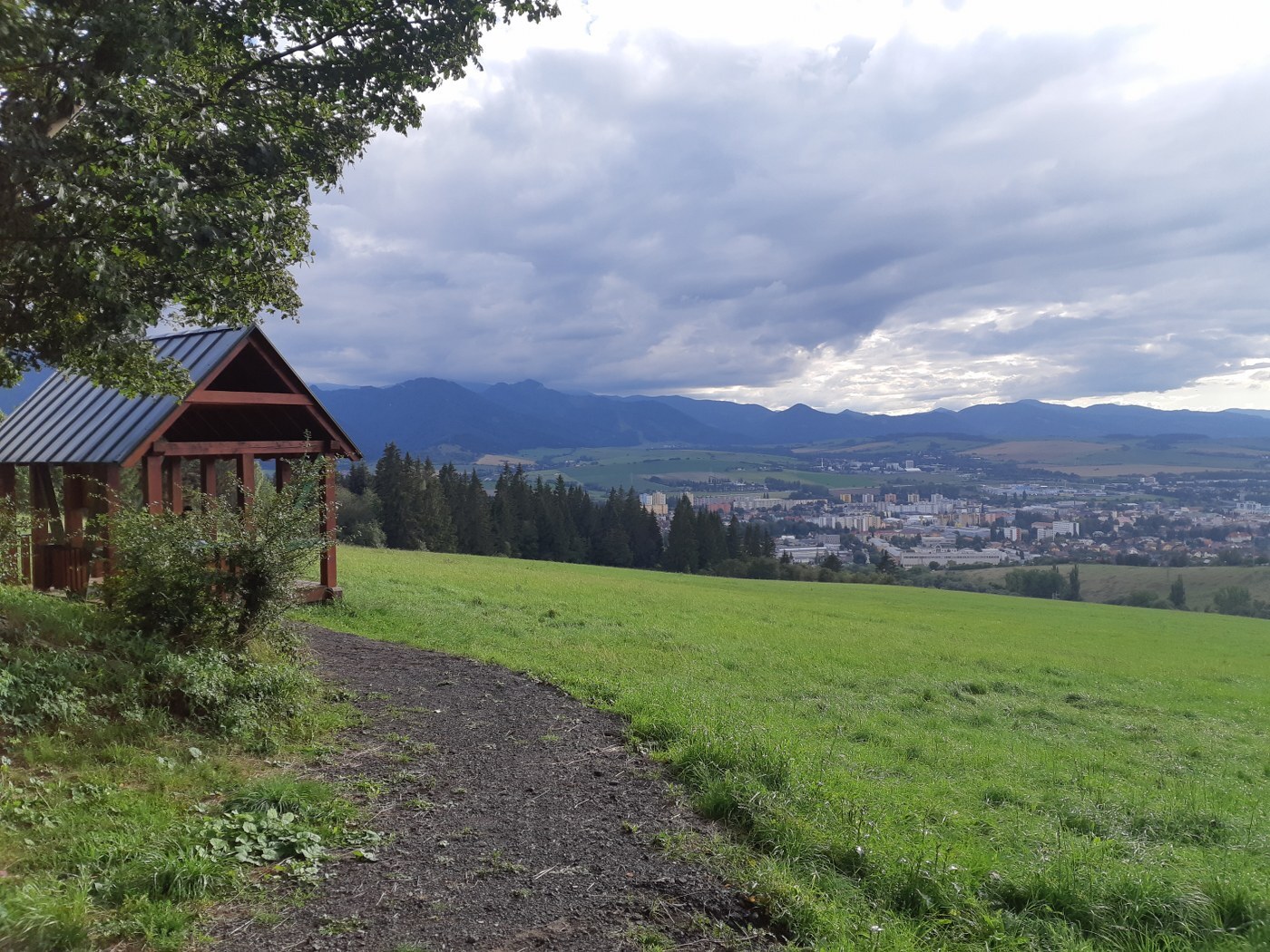 SK, Liptov – An Attractive Region for Spring and Summer Vacation

Published: 24.3.2021
Liptov is one of the most beautiful regions of Slovakia. Many visitors come here not only for trips to nature or thermal springs, but also to admire historical and artistic monuments. It is no coincidence that in this period, when people need positive signals and tips for excursion places, which we hope will be opened soon, the tourist guide to Liptov is published.

Published: 31.1.2021
Today we will take you to Liptov, more precisely to the outskirts of the village Jalovec, which lies less than 10 kilometers north of Liptovský Mikuláš. Our starting point will be the recreation center Bobrovecká Vápenice, where there is the possibility of free parking.

SK, Liptovský Mikuláš – A Visit To the Museum of Nature Protection and Cave Exploration

Published: 17.1.2021
On the aptly named Školská Street, there is a beautiful building of the Slovak Museum of Nature Protection and Speleology, which was originally a Jesuit monastery. In addition to the Baroque-Classicist building, you will certainly be attracted by the lookout tower on the roof of the museum, from which you will see both the city and the surrounding mountains.

Published: 16.8.2020
The Infoglobe portal, in cooperation with the city of Liptovský Mikuláš, is organizing the third year of the international travel festival Infofest, which will take place on Friday the 4th and Saturday the 5th of September on Osvoboditelů Square and in the cultural house in Liptovský Mikuláš.

Published: 25.10.2020
In recent years, modern tourist attractions - galleries of optical illusions - have been added to Slovakia, like mushrooms after rain. You would already find them in every major city. The most famous are certainly the galleries in Bratislava (Tripland), Starý Smokovec (Tricklandia) or Bojnice (House of Illusions).

SK, Liptovský Mikuláš – A Rest in The Region Popular Among Tourists

Published: 20.9.2020
Liptov is one of the most beautiful and most popular tourist regions in Slovakia. If you want to spend pleasant moments here, enjoy nature, but also culture, we recommend choosing perhaps the most comfortable accommodation in the whole region, which is also affordable!

SK: Visiting the Museum of Nature Protection and Speleology

Today we invite you to the Slovak Museum of Nature Conservation and Speleology, located in the hi...

At the beginning of September, locals and visitors to Liptovský Mikuláš had the opportunity to vi...