en.infoglobe.cz » SK, Litmanova – Not Only a Marian Pilgrimage Site but a Great Place for Skiing as Well

Due to the fact that my husband comes from Sabinov,a quite town in the region of Saris it is no wonder that we travel to Eastern Slovakia several times a year. Except meeting family and our friends I am always looking forward to seeing beautiful nooks of eastern Slovakia that I have not visited yet. 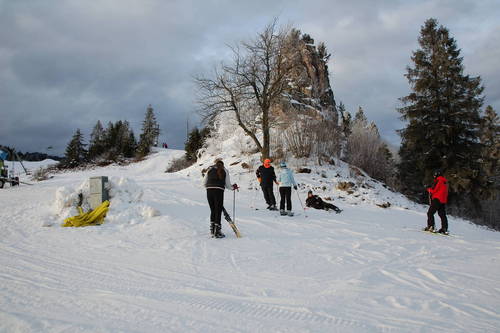 Skiing behind the village

One such places is the village of Litmanova, where we went for a day of skiing. Although the village was waiting for us smaller ski resort, which was only 5 lifts and no cable car, which her husband preferable because both have several years but do not drive skiing, snowboarding, skiing in Litmanova we really enjoyed. Trails were well-maintained and even though this winter is somehow not generous on loads of snow, thanks to artificial snow the slopes were also adequately covered with snow. Neither offer related services in the form of buffet, ski service, ski equipment or ski schools lag behind other medium-sized ski resorts. A pleasant surprise was the fact that a number of the lift we almost expect it. Everything went so smoothly. Somehow. 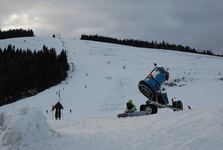 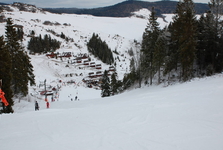 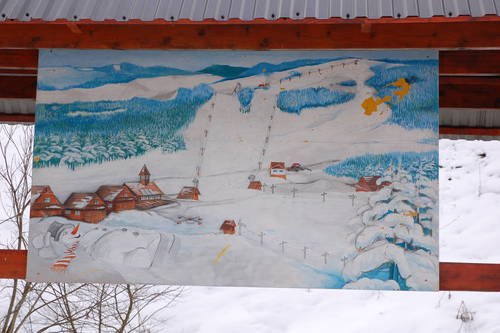 Cross country skiing in the surroundings

The ski resort in Litmanova is surrounded by beautiful nature of the Pieniny mountains. In addition to the ski slopes with different degrees of elevation, which are suitable for both beginners and experienced skiers and snowboarders, offers 12 kilometers of groomed cross-country trails regularly. And the icing on the cake for you can be a breathtaking view of the surroundings, which you can enjoy from the top of Faklovka (945 m). 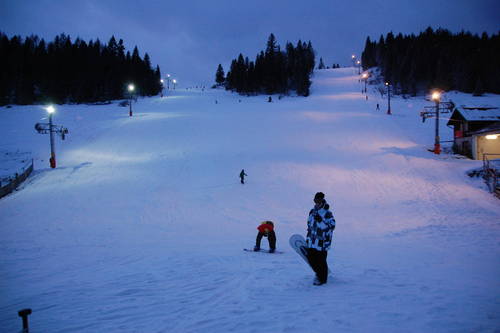 Without that, we should still have about an hour of car ride to get back to Sabin and visit our family. Most certainly we would like to stay in Litmanova and enjoy evening skiing. It had just started while we were having our dinner down in the shed. 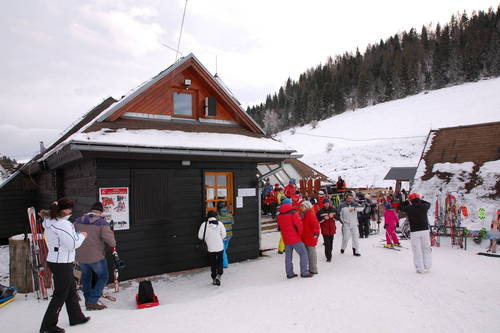 We will most certainly get back to Litmanova one day. We would like to visit one of the most famous Marian pilgrimage sites in Slovakia – Zvir Mountain in Litmanova. There two girls saw two times the Virgin Mary. Today on Zvir Mountain (820 meters) in the Lubovnianska Highlands. It is about 5 kilometers away from the village of Litmanova. There you will find liturgical space that is used liturgical ceremonies of pilgrims and their numbers are increasing every year. Also there is the Chapel of Revelation , which was recently rebuilt. It increased its space, thus it can accommodate more pilgrims today.

Ski resort Strednica in the Belianske Tatras is an ideal place for family skiing. The local slope...