Mala Fatra has two geomorphological subparts – northern Krivanska Mala Fatra and the southern Lucanska Mala Fatru. Mincol Mountain (1 364 m) is set in the main ridge of the Lucanska Mala Fatra. The mountain is in its northern part near the Martinske Hole. This massive mountain consists of granodiorite and tonalits. Mincol isn’t particularly distinctive regarding its height and morphology compared to its surroundings. It doesn’t dominate other mountains but still we can see it pretty easily from Turcianska Basin. 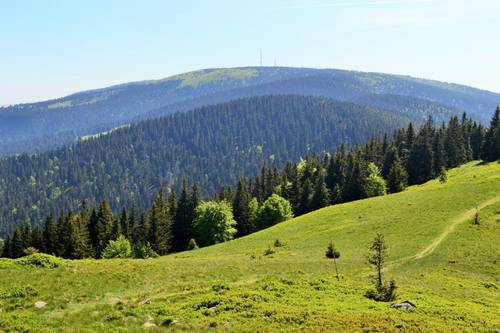 How You Can Get To Mincol?

Couple of marked tourist trails lead to the top. They come from all directions. You can choose the one going from the west. It starts in Rajecka Basin near Visnova and Turie towns. Or you can get inspired by one of the two trails going from the eastern part of Turcianska Basin from Vrutky. From Martin, which is near, you can get also to Mincol from its southern side. As there is no direct route from Martine, first we get off at Martinske Holle and go to Krizava Mountain (1 457 m). There you have to turn and go along the ridge following red trail to the north. From the north, you can get at Mincol by marked trails setting of from Stranavy and Strecno towns. A red tourist trail going across this mountain follows the main ridge of the Lucanska Mala Fatra. It goes from its southern edge where are the slopes of Klak Mountain (1 352 m). It continues to its northernmost part and ends in the town of Strecne. You shouldn’t miss Mincole if you plan a hike stretching for couple of days in the Lucanska Mala Fatra. 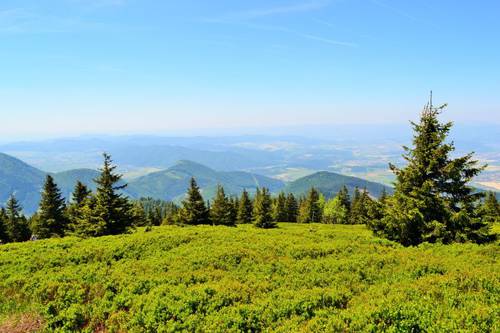 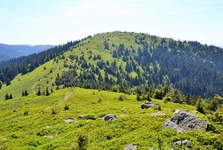 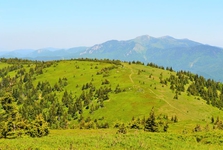 Fantastic vistas up from the top

Mincol is mostly bare without trees. Therefore, it provides you with beautiful views into the landscape. The peak is densely covered with small blueberry bushes, cranberry, and grasses. Small pine trees are scattered around until normal forest. At an altitude of 1364 meters, beautiful vistas are upon you. In the direction to the north, we can admire relatively modest mountain of Uplaz (1 301 m). Or the Kirvanska Mala Fatra behind it. To the east, we see open landscape dominated by Turcianska Basin where are Vrutky and Martin. On the horizon, see silhouettes of the Velka Fatra, Choc Hills, and even West Tatras. To the south, there is the Martinske Hole and Krizava Mountain. To the west, you have wide view of the Rajecka Basin and the Strazovske Hills. 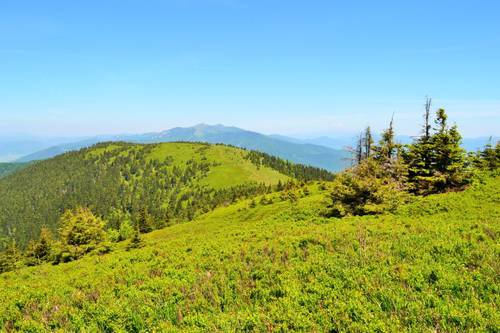 Mincol is the hill worth seeing. Thanks to its great location it is easy to get to. This makes it an attractive locality. Interesting location and the height of this hill allows us to see all directions and enjoy the landscape. 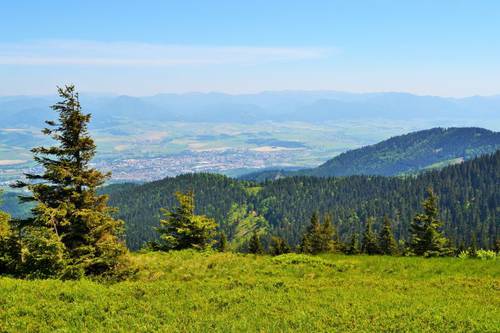