en.infoglobe.cz » SK, Mala Fatra– One of the Most Visited Mountain Ranges in Our Country - VIDEO

The picturesque Mala Fatra is one of the most visited mountain ranges in our republic. Its charming nature and great ski slopes are not only the thing sought by Slovaks but increasingly also by foreign guests coming from all corners of Europe, and even over the Atlantic. 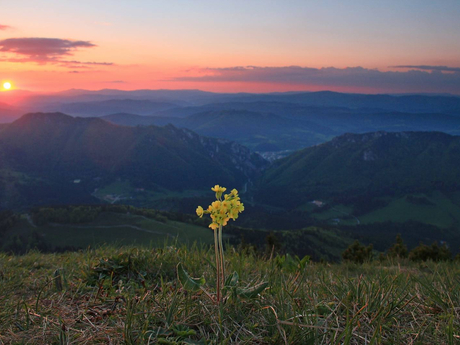 Today we don’t go to see its great snow covered slopes, or tourist trails (everyone can find the one that would fit his fitness). We don’t even take you to the one of its beautiful peaks with unique views. We are interested in the Mala Fatra as one unique mountain range. 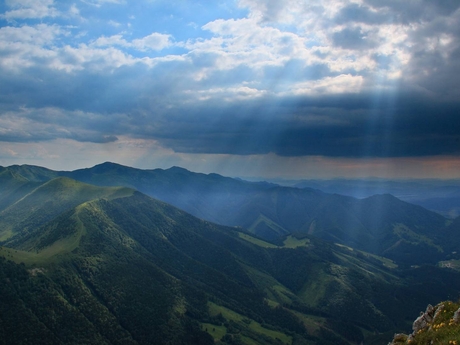 A hike along a very compact main ridge of the Lucanska Fatra is one of the most attractive tourist trails. Many tourists hike there not only during spring and summer months but in winter as well. You can start a ridge hike, for instance, in Fackovske Sedlo (802 m) that consists of a natural borderline between the Mala Fatra and the Strazovske Vrchy. In winter, it changes to a popular winter ski resort . However, split it into couple of parts. This very attractive ridge hike trail will take you to the summit of Klak (over 1352 m). From there, you have beautiful views to the surroundings. Its summit areas have been national natural reservation since 1996. The highest peak of this part of the Mala Fatra is Velka Louka that is at 1475,5 meters. Then there is a hardly noticeable summit of Krizava (1456,7m n. m.), který je snadno rozpoznatelný podle vysílače na vrcholu. Třetím nejvyšším je Větrné (1441,6 m n. m.). Ke známým a mezi turisty velmi oblíbeným turistickým cílům patří i loučnatý vrchol Minčol (1364 m n. m.). Zajímavostí je, že v jeho okolí můžete nalézt památky na boje z dob Slovenského národního povstání, jakož i přírodní bunkry s popisem průběhu bojů.

Even the Krivanska Fatra is named after the highest summit of this part of the Mala Fatra, Velky Krivan (1709 m). It offers numerous interesting tourist locations and places for skiing. Really typical for this region are “cut-in” creeks that formed long valleys. You can also admire rocky ridges there (Suchy), rock walls (Maly Rozsutec), rock towns (Velky Rozsutec), or various types of karst – underground corridors or caves. Also beautiful gorges and canyons are fascinating. Among the most visited are Doln, Nove and Horni Holes. In general they are known as Janosik’s Holes . Speaking Janosik, when you happen to be there, you shouldn’t miss a monumental statue of Janosik located on a small hill near the town of Terchova on direction to Vratna Valley . The latter is popular place among winter sports lovers. 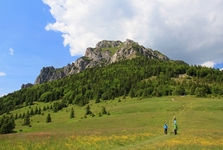 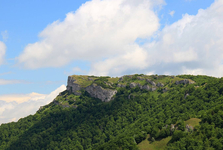 The highest peak of it is the Velky Krivan. The lowest is on the Vah by STrecno. Also, there is the largest meander in Slovakia. It is known as the Domansinky meander on the Vah. The highest fall is the Sutovsky Fall, 38 meters. The Krivan part of the Mala Fatra was declared the National Park of the Mala Fatra in 1988.

One can write really lot about the Mala Fatra. It is, however, better to see it with ones naked eye than read a lot about it. If you have not been to this mountainous area of Slovakia yet, you should plan to see it soon. The Mala Fatra offers a lot how to spend active rest in virgin nature in every period of the year.