Despite of the fact that skiing on artificial snow is not as good as skiing on a slope with a fresh snow I am grateful even for the artificial.

This time, we set out to visit a sister in Zilina, that moves there every month because of her work. There was no snow whatsoever in Bratislava Thus we were looking forward to the weekend to get some fresh air while riding on snowboards. 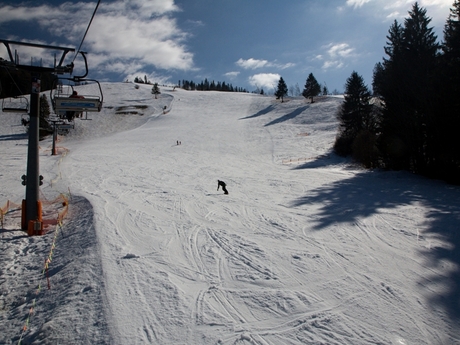 In the vicinity of Zilina, there are several ski resorts that offer ski slopes and different levels of service. We decided that on Saturday we visit a ski resort in Vratna valley in the Mala Fatra . In Sunday, we will set out to Kysuce, to the ski resort above the town of Oscadnica. There we want to try a bobsled . But lets start from the beginning.

On Saturday right after breakfast, we put our skis and snowboards in the car and headed to Vratna. The journey by car from Zilina was quick. It did last shy 45 minutes. 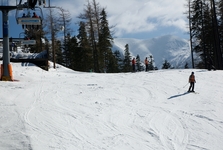 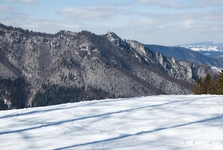 Nature in enchanting Vratna valley , which is located in the part of the National Park Mala Fatra where Mountain Krivan is located, is charming in every season. It is there amidst majestic mountains where one of the leading winter sports resorts that offer really high-end sports. The ski resort in Vratna consists of four sites: Paseky , Poludnovy Grun , Chleb and Prislop . Each of them is quite different from the others. At the time of our visit, however, we did not have many to chose from. Only Paseky was opened. Its services are complex. We really enjoyed full day of skiing even though the snow was not the best. But considering beautiful sunny weather and warm temperature it even could not be. It was sunny weather that improved our mood. We have even spent more time on the terrace while having breakfast. In addition to good skiing, a breathtaking view of the majestic Rozsutec stuck in my mind. We enjoyed the view fully while in the cable car. 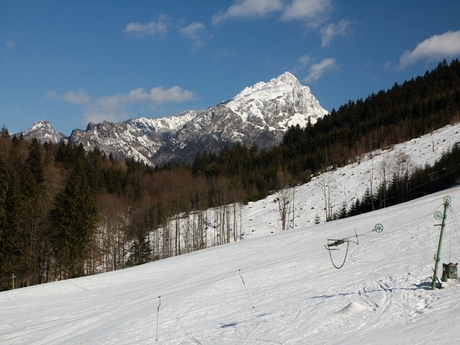 I have to admit that despite the fact that in recent years I prefer skiing abroad, Slovakian ski resorts are making great leaps forward.  You can see it in Vratna. Since my last visit in winter several years ago, it was a certainly a huge step forward for Vratna. 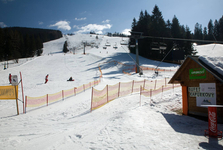 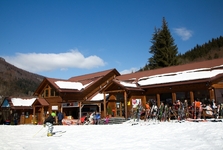 Today, people who love downhill skiing or snowboarding are not the only ones who will enjoy a stay here. But also cross-country skiers (22 km of trails), alpine skiing (19 km of trails) or extreme skiing. Services offered there, such as sports equipment or beverages and food in nearby pubs, are decent.

Published: 23.2.2016
Last week we climbed Velky Rozsutec and intentionally walked around Janosik’s Holes (Janosikove Diery). This phenomena is so beautiful and unique we must devote one entire article to describe them. So today we see the most popular and most well-known tourist attraction in the Mala Fatra National Park.

SK: Are You Planning to Visit Žilina? We Have a Great Hotel to Recommned

Published: 1.4.2020
Has the current situation put your plans for exotic vacation on hold? We have a good solution for you. You can view great and cheap accommodation in Žilina and plan a vacation you will never forget.

Ski resort Strednica in the Belianske Tatras is an ideal place for family skiing. The local slope...