Banská Bystrica is a place of culture, history, and amazing nature. But why not explore its surroundings in wild nature? One day we set out to the village of Malachov, which stretches along the Malachovsky stream. 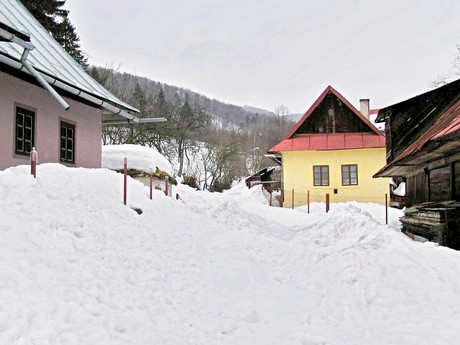 The village is mere 4 kilometers from Banska Bystrica. One may say it is sort of gateway to the Kremnica Hills. It is a perfect place for tourists, bikers, or mere walks in nater. Close to the village, there is Ortuty cottage resort. The name of it also points to the mining past of the village. 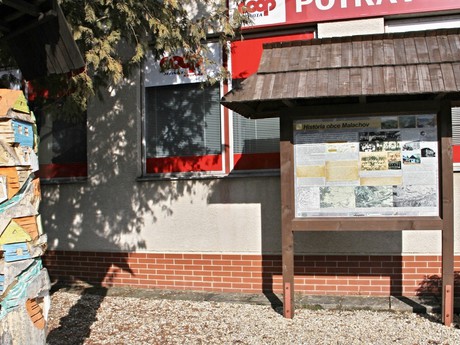 The founding of the village dates back to 1327. The name comes from a legend according to which it was founded by miners and coal workers  who worked there for low wage. In the year 1858, important Slovakian writer Andrej Sladkovicfounded there evangelic folk school. It was, however, abandoned in the past. 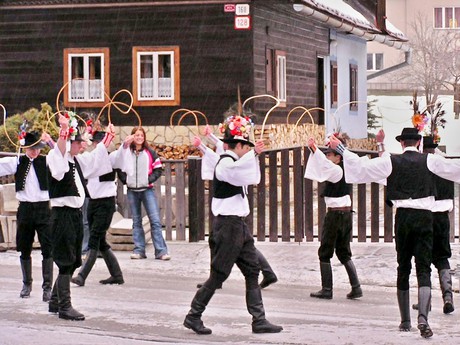 The number of inhabitants has been rising steadily. Not usual in case of small towns. This might be because of vibrant sport and cultural oportunities as they are organized by local societies. Let us mention carnival with young males dancing in folk costumes. Also, we recommend you Mala Chova amateur theater males dance in folk costumes . 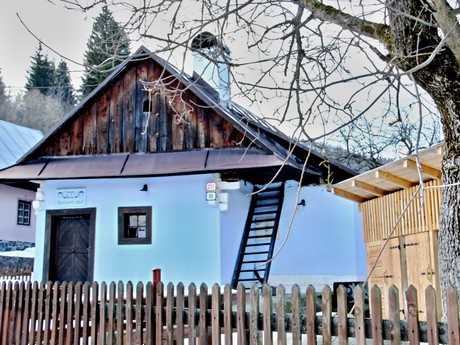 If you wish to see some sights, start your tour at Historic NAture Trail, a 4-km trail which starts at the Municipal Museum of Traditional Housing (the so called Blacksmith's house built in the 19th century). One of the oldest structures in the village features traditional smoke kitchen. Local women will come to open you the museum. Contacts on them are to be found in the museum itself. Inside you may learn about traditional architecture of Malachy as well as traditions related to mining. Of some other sights around here, we recommend you the house of culture, belfry, and a memorial to the victims of the Great War. 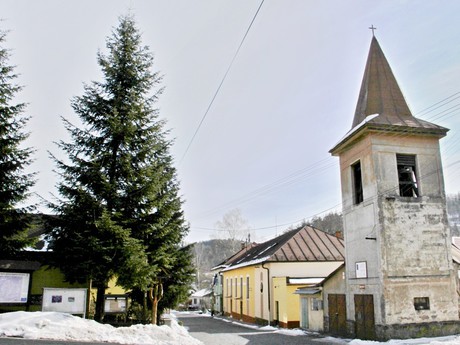 Even though Malachovska valley is known for mercury mines, the history of the town dates much further into the past. The Historic trail gets you to Hradek hill covered by forest, a site of medieval stronghold in the past. Hradek excavation site is perhaps the most interesting place on this trail. People settled the area in the late Stone Age already (2800–2500 BCE). Artifacts in the Museum of Central Slovakia, Banska Bystrica are evidence for the presence of the Celts, and Germanic tribes. The reason for people to settle here were, probably, important raw materials located in the area. Also, a prehistoric embankment is easy to spot in the terrain. 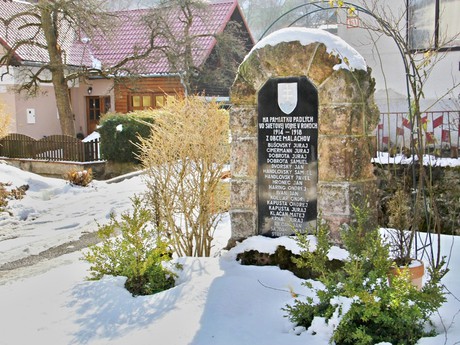 Pod Skalou meadow is a popular place. There is a fireplace, a shed, and bubbling stream, an ideal place for treks to nature. There also beautiful nature places along nature trails. We'll tell you more on it next week. 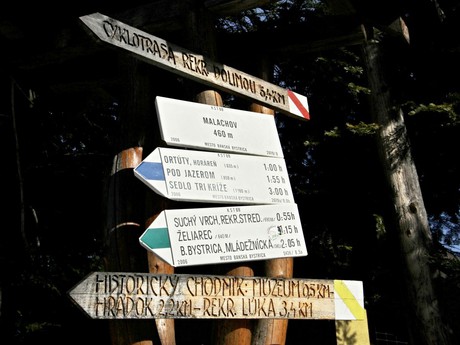