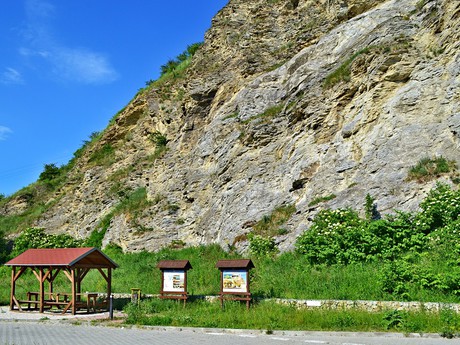 Sandberg-Pajstun geopark (SAPAG) is a new geopark Slovakia and is fourth of its kind in the country. It was opened in 2015. There are 9 localities significant both tourist-wise and science-wise (in regards of paleontology, speleology, and geology). These localities are situated in the region of Bratislava. Partially, these are in the south end of the Male Karpaty, more concretely in the protected landscape are of the Male Karpaty. Another, lesser part is situated in the Dunajske luhy and Zahorie protected landscape areaa. The area of the geopark is created mostly by Devinska Kobyla (514 m) and the surroundings of the villages of Borinka and Marianka, and Prepadle karst valley. There are informational boards focused on the individual localities of Sandberg-Pajstun geopark. Near Devinska Kobyla and near the Bratislava boroughs of Devinska Nova Vesa and Devin there are the following localities: Abrazni caves, Slovinec klippe, a paleontological locality of Sandberg, Wait's quarry, Devin castle hill, Svoboda bike bridge, the Quaternary geology of the Morava and Danube rivers. Near the towns of Borinka and Marianka in the south of the Male Karpaty mountains, there are other interesting parts of the geopark: Marianka – Slate drift in Marianske valley, Pajstun castle klippe, Borinka – Pod Zamciskem, and Borinsky karst – Limbassky spring. 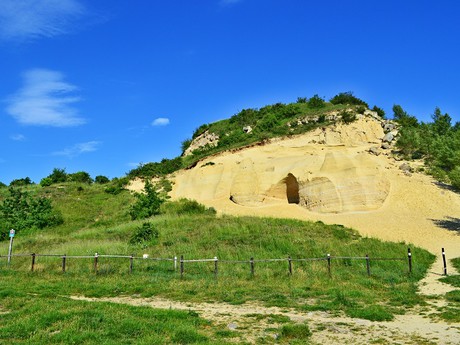 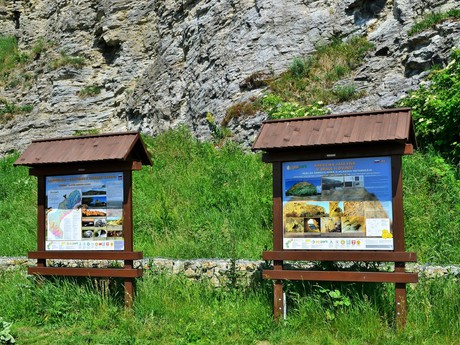 There is an information board at every significant locality in the geopark. Every board presents detailed information on every locality. There are also photographs, maps, or diagrams. Visitors can thusly easily learn about developments and geological foundations of individual areas, geomorpholocial peculiarities, and important findings of fossils. Also, brief history on minig operations is mentioned on these boards for minining was wide sperad across the Male Karpaty mountains. The texts are in English and Slovak. Therefore, tourists coming from abroad can learn all important information. These boards are easy to access, usually placed on good and well-visible spots near marked tourist trails. The opening board of the Sandberg-Pajstun geopark is to be found in the south-end of Devinska Nova Ves (a Bratislava borough) below Slovinec klippe right next to a car park. There is a geo-tourist map of the geopark on this board and important localities are marked. This map also includes tourist trails and a legend to the geological layer of the map. 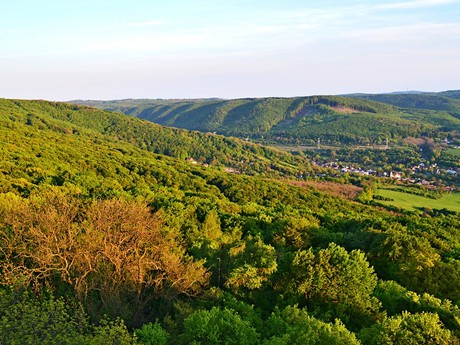 The Book Guide to the Park 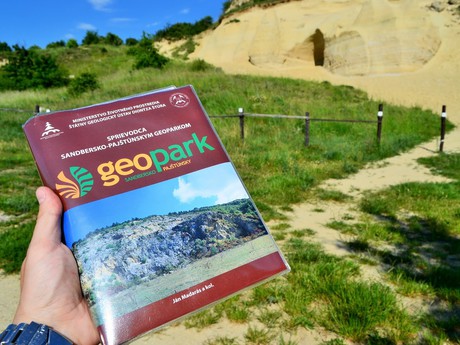 The Guide to Sandberg-Pajstun Geopark is an extraordinary book guide for your treks in the geopark. This book gives you a popular description of known and less known localities in the south end of the Male Karpaty mountains. It contains al significant information and adds information to interesting localities in the park. It is a good read and greatly designed. It includes many photographs, illustrations, and maps. There is an interactive CD supplied with the book and 1:25 000 tourist map. Information to the Sandberg-Pajstun geopark is also to be found on Statni Geologicky Ustav Dionyza Stura webpage HERE (there you can also buy the aforementioned book guide). 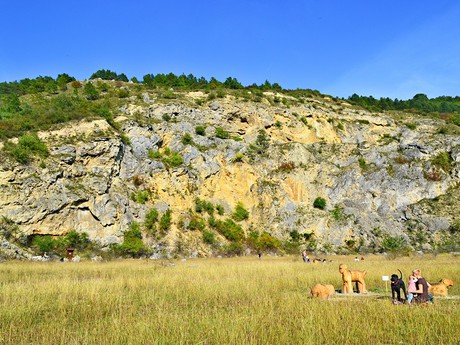 The area of Sandberg Pajstun geopark is an attractive tourist locality in the region of Bratislava. The foundation of the park, information boards, and a book guide boosted this area. Moreover, inhabitants of the region as well as tourists, fants of geotourism, or nature in general have better knowledge about the area. There are extraordinary nature landmarks in this part of the Male Karpaty mountains. Also, one can recognize dynamic development of the region in the distant geological periods. 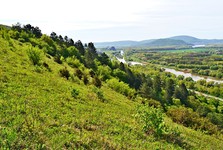 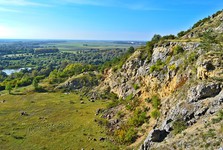