For the starting point, we chose Kolonie Hvezda , a local neighborhood. At the last stop of the local public transportation service, we turned left slightly up hill following the road that would take us to the RV park of Turiec. Soon we encountered an information board showing the entrance to the urban forest. It displayed instructions for the visitors and it was concluded with a beautiful quotation: "Nature belongs to everybody, protect it!". 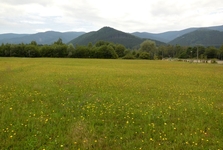 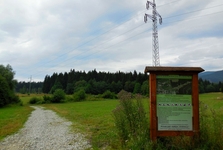 Behind the board, forest path was going to a shallow stream. In the summer, we can imagine crossing it, however, we didn’t feel like it now, at the end of autumn. So we followed to stream in the forest and five minutes later we found a place where to cross it. We saw cottages and fireplaces, and heard music emanating from one of them. We couriously approached it. It was a pub with tap beer, kofola, and something to eat. We sat for a while and refilled our energy. 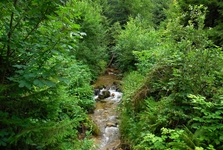 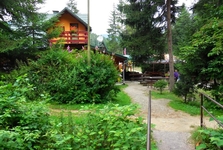 From the pub, we followed the trail until we reached the first tourist mark, and a board. This time we were welcomed by Greenways Jedloviny. We could choose one of three trails of various difficulty. Each of them followed forest pavements and forest paths. These trails connect Jedloviny and Strane. The trails are indended to be used by walkers, and, at some parts, by handicapped, bikers, runners, or cross-country skiers. The latter can use marked trails, and they can find out about their endurance by checking special tables. The tables printed on an information board. Before we had chosen which trial to follow, we were pleasantly surprised to learn that the urban forest is suitable also for persons with allergies because large parts of the trails go through pine forests. 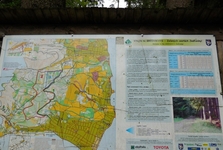 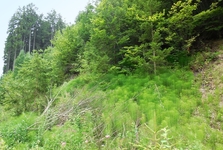 After short break we chose the uppermost trail. It was an easy hike. Local fauna and insects and some panoramic views caught our attention. We met some mushrooms pickers with baskets full of mushrooms, and also nice places to relax. We even saw a board belonging to the nature trail of the Going in the Urban Forest of the towns of Martin and Vrutky. The urban forest begins in the cottage settlement of Piatrova. It goest through Jedloviny to the neighborhood of STrane. It has nine stops where you learn about flora, fauna, geology, and prehistoric settlement, and the history of local places. It is 5 kilometers long. 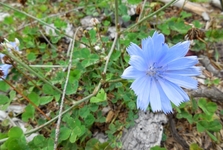 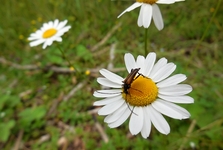 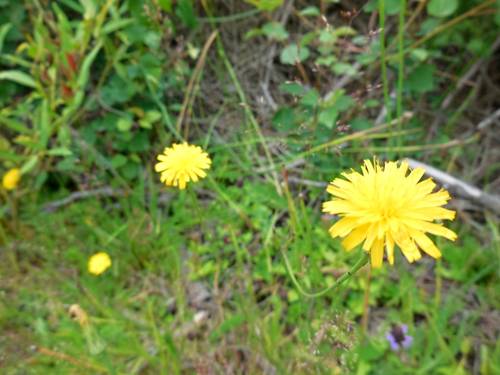 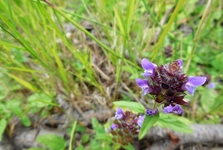 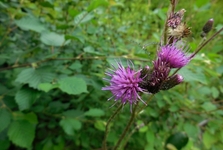 Except for overcrossing the trail, we had been running into the forest occasionally to see if there were some mushrooms. Many of these “raids” were unsuccessful. We found only britlegills. Noises from the city started to interfere in our great forest experience. It was clear we were about to leav the urban forest. Soon, we reached large neighborhood with family houses. From there we got to the bus stop, the conclusion to our trip. 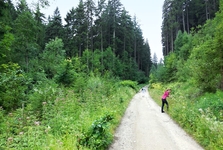 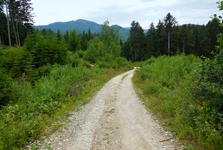 Jedloviny Urban Forest is interesting for the fact it is located near noisy city yet it offers beautiful nature , and unusual things you can do in your free time. We were so excited about it that it led us to the decision to visit the park next time in the future.