Martin is the capital of Slovak culture. No wonder that it is also a place of final rest for many famous Slovak personalities. National Cemeterey is located near the center of the city on Sklabinska Street. Right upon going through the entrance gate we found ourselves in the world of peace, but also the world of sorrow. To the left from the entrance, there were information boards with the rules of visitation, and a list of people buried there. After a while of studying we moved along trails lined with beautiful, massive trees, or arbor alleys. We paid our respect to people who influenced and changed history of Slovakia. 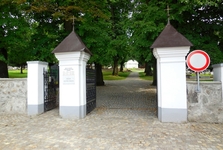 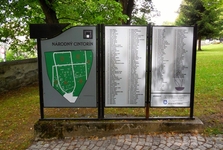 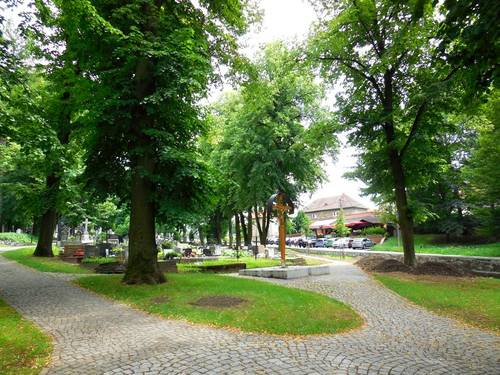 The cemetery was founded by the end of the 18th century. A small county cemetery gradually expanded to the present area of 23 580 m2. Growing importance of the city that became the cultural center of Slovakia, the cemetery’s importance increased as well. Many important figures of culture, politics or science were buried there. After the burial of writer Karel Kuzmány, the cemetery was understood as national one. In 1967, this was cemented by declaring the cemetery a national cultural sight. The maintenance was delegated to the Matice Slovenska , a Slovakian cultural institution. 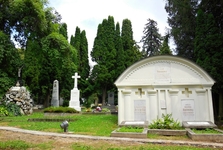 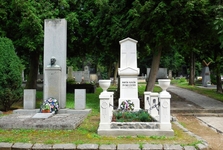 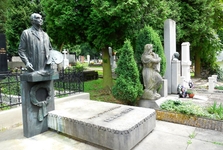 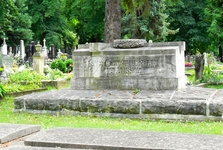 Today, more than 300 national figures are buried there. We visited the grave of Martin Kukucin, one of the most important representatives of Slovak literature realism, and also the founder of modern Slovak prose. Also, we have seen Janek Kral, national activist and a representative of romanticsm; Svetozar Hurban Vajansky, writer and politician; Vilema Paulíny-Toth, a public activist; writer Jan Jesensky; Josef Cigera-Hronsky, a writer; Frantisek Hecko; artists Martin Benko, Karol Plicko, and many others. Some of the tombs are true works of art and thanks to national fund-raising they are also real architectonic gems. 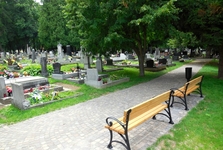 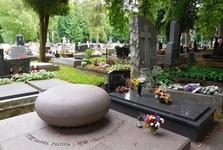 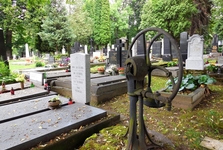 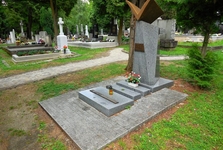 The cemetery expands even in the present. It is currently renovated and old tombs are cleaned up, and new ones are built. One of the new ones is the Memorial to Olympic Athletes . Perhaps it sounds bit morbid, yet a walk in the cemetery was very interesting and sometimes mysterious. Aware of importance of some of the people buried there, we had strong impressions reminding us that we have to preserve memory of them. 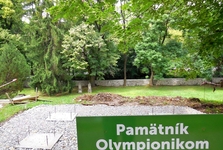 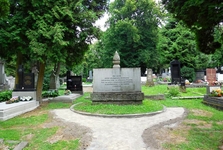 If you would like to learn more about important personalities who are buried in the National Cemetery in Martin and art-historical, artistically designed and other valuable tombstones in this place of reverence, we recommend you look at the virtual guide HERE.