The village of Mosovce began its history more than 770 years ago. The evidence is a donation scroll of Ondrej II from 1233. In the course of time a small village became an important place of culture, history, and social life. We became convinced about this on our summer visit. 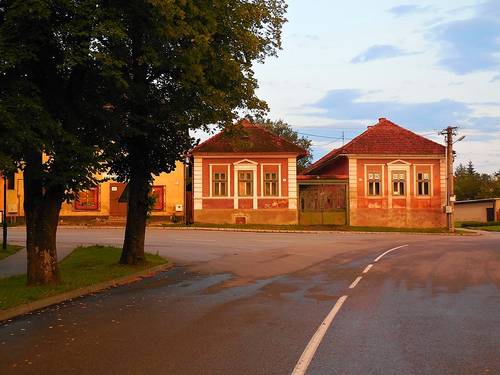 This former royal village that used to be under Blatnica Castle. The village was known for its craft production (more than 15 guilds operated there). Right upon entering the center we realized how intertwined with nature it really is. It was obvious right at the main road lined by beautiful historic tree alleys. Or literally virgin landscape with dominant peaks of the Velka Fatra Mountains. 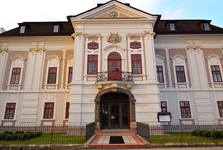 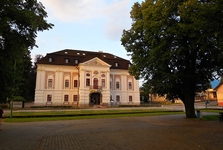 Walk in the village
Upon arriving at the square dominated by one of the most beautiful buildings in the village – the rococo-classicist chateau from the second half of the 18th century – we set off for a walk. First, we walked around the chateau. There the legendary Alzbetin Dvur, a saga about yeomen in Turciany was filmed there. Really beautiful building unaffected by the time. Today it is a hotel and there are also held wedding ceremonies. Opposite to the castle is a beautiful with a fountain and benches. On its edge there is  je a memorial statue of Jan Kollar , by the famous artist Frano Stefunko. 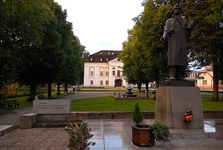 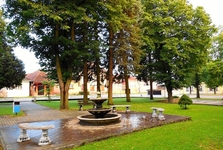 After pledging our admiration to this famous writer we moved right to a park. There was the renovated elementary school in the name of Jan Kollar školy . In 1932, President T. G. Masaryk attended its ceremonial opening. Further we found a memorial to Slovak National Uprising and original houses of Mosov. All around it was clean and peace. We enjoyed it. 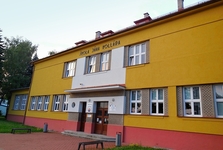 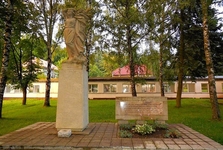 Going through picturesque nooks in this village we found a birth place of Miloslav Schimdt. He did a lot of work to build voluntary fire brigades in Slovakia. Further is the most famous building in Mosovce - the house where Jana Kollar was bown. There is even a panel saying: "Slavme slavné slávu Slávů slavných." Inside there is an exhibition on brief history of the village and in chronological order present the life and work of Kollar. Behind the house is a tree alley and benches. As we visited the village in the late afternoon we didn’t get inside. 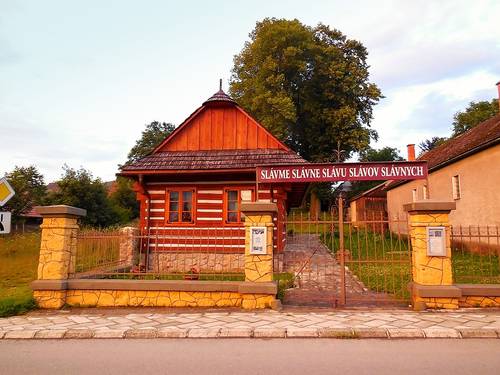 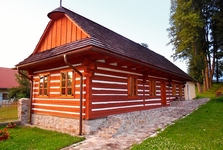 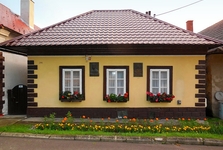 On a small hill a few meters from Kollar’s birthplace we admired a beautiful sacral gem – gothic catholic church of the Holy Trinity with a tower, or rather just its torso on the left. Outside the church there are three bells under a roof. Right next to the church there is a chapel or rather a mausoleum the Revays built in 1911. Today this building is renovated and there is the Museum of the Mosovce’s Crafts. This very chapel was our entrance to the English park. It is a core part of Mosovce since the mid-18th century. 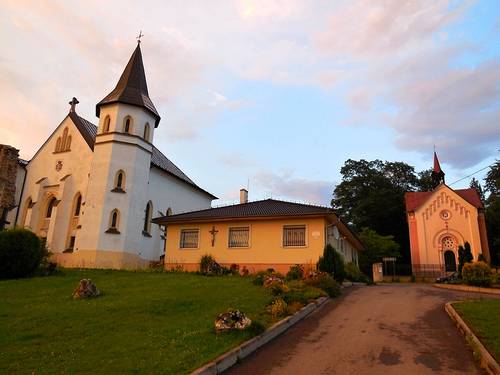 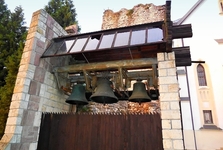 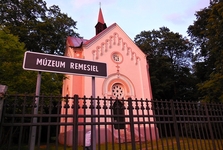 Except local trees we found there also rare gingko bilboa. The park covers an area of 16,5 hectares,. It puts it among the largest parks in central Slovakia. A short walk through the park, we not only gained strength from nature, but i have watched a wonderful classicist garden pavilion , which served as a greenhouse, and was later converted into aqua, but at the time of our visit was already broken, slightly dilapidated and abandoned. Park brought us back to the castle, where we started our walk. 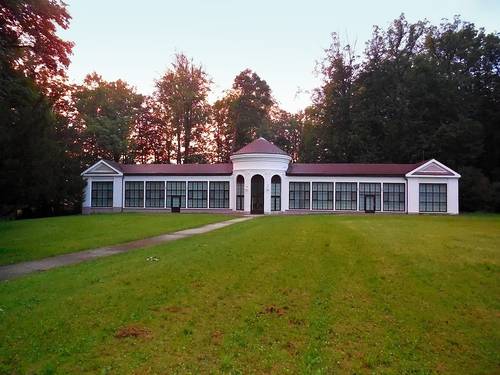 Also we have to mention that to Mosovce bind other major names such as Stefan Krcmery, Frico Kafenda or Anna Lackova-Zora, but during our brief stop we trace their history in the village did not manage to visit. Yet in Mosovce still remain and next week we will talk about social life, the mysterious island of love, or a nature trail that takes you for a short time makes interesting village and its surroundings.