en.infoglobe.cz » SK, Nimnica – spas, water, tourism all in one – VIDEO

Nimnica is situated between the towns of Puchov and Povazská Bystrica. It is situated on the right bank of the Vah. You realize how beautiful is the nature around right when you arrive. Surely, it charmed our ancsetors as well when they were settling in the area. Archeological findings are proof for that. The first written note about the town comes back from 1408. The then inhabitants were engaged in farming and growing orchard trees. During the years 1949–1957 there was a radical change. Then the Nosice water reservoir was being built. Another name for it is Mladeze dam. This construction is now part of the cascades of Vah and operates to balance the river flow to prevent floods. Also, it generates electric energy. Apart from its technical operation people use it as a place to relax. You can catch fish here, observe birds, make cruise or do some water sports. 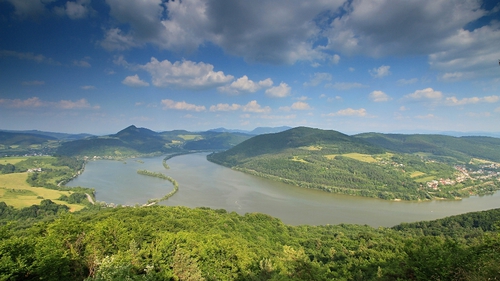 The construction helped to discover the so called "mysterious water." in 1953, a strong stream was discovered by the dam operators. Research found strong presence of carbonic water. It has strong healing effects and the public soon learned about it. Strong demand for the water worked as incentive to build spas here. The salty water of 10 to 15 degrees Celsius cures digestive tract, blood circulation system, breathing or muscles. Even oncological illnesses or illnesses inflicting women have been cured by this water. 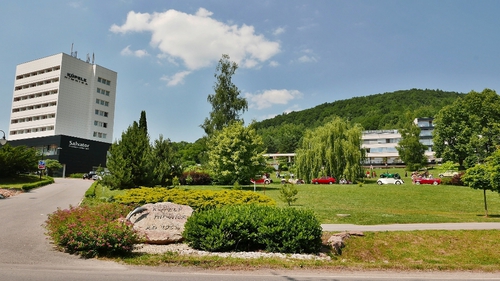 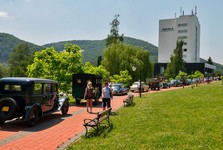 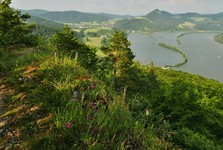 Gradually, the spa expanded and its services did too. In the present, they offer comfortable accommodation, great meals (there is even a chalet nearby), enough parking spaces, and a great and unique environment. 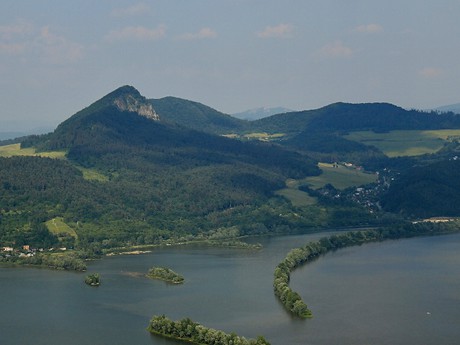 Pokud se do sytosti zrelaxujete a zachce se vám turistiky, máme pro vás skvělý tip na místní vyhlídkový bod. Je jím vrch Holíš, ze kterého se naskýtá pohled na řeku Váh, část města Púchov, jakož i na okolní krásné kopce Bílých Karpat, Vrsatska Cliffs, the Javorniky or Nosice water reservoir. This place is charming especially during the sunset. You can get there real easy. Just walk down the spa pavement and join a blue tourist trail. It takes you to the forest. There are one moderate and one more steep walks. Several minutes later you get to the 533 m Holis hill. It is an easy trek. 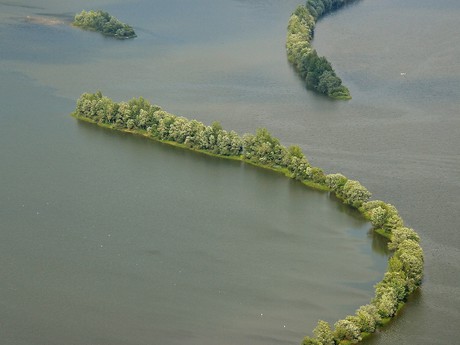 In case you have a bike, there are beautiful bike trails around Nimnica. People who love history can visit the ruin of Povazsky castle. Fanst of museums can see the archeological museum and the museum of bikes in Puchov or the Slovak Glass Museum, Lednicka Rovna. You can get to the town by car, bus, or train. Note that the train stop is in Nosice borough. To get to the spa you need to go across the wall of the dam.

Should you want to improve your health and enjoy it, the trip to Nimnice is the best for you.

Music: Twin Music (Not Without the Rest)

SR, Javorníky: On The Ridge To Velký Javorník

Published: 13.9.2012
If you belong to lovers of nature, for who is no problem to carry the essentials on back - water, something to eat, and in case of worsening weather also some spare clothes, or at least a raincoat and hiking outing from ridge mountain hotel Portáš to the highest mountain peak of Javorníky - to the Velký Javorník, I can highly recommend.