en.infoglobe.cz » SK, Nitra III – On the Road to the Castle II

Soon when we set off from the synagogue we reached beautiful town hall in Neorenaissance style which was built in 1880. Evidence to its importance is the fact that in 1882 Austria-Hungarian Archduke Joseph was accommodated there. Since 1900, the Ponitranske Museumhas been residing there. Its façade is very rich, and it also holds rich collection of 83 thousand items. The items depict development of society and nature of the Nitra, Sala, and Zlate Moravce. This regional museum offers Slovak jewelry gems from distant past. It consists of more than 2300 unique archeological findings from the Stone Age to the 18th century. 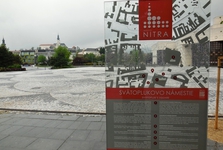 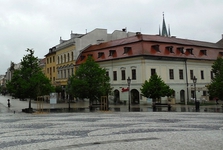 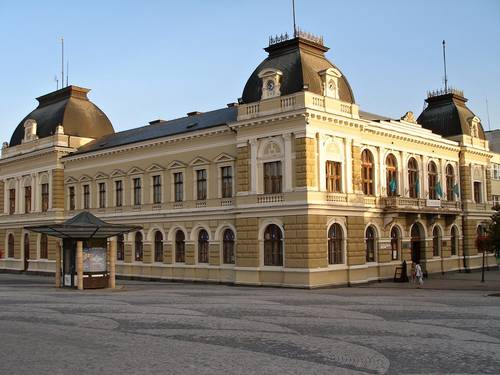 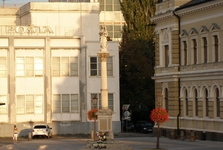 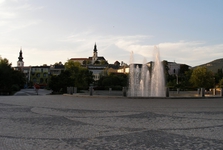 We looked at the museum from the outside for our goal was the castle. Nevertheless, we were really tempted to look inside the museum. Right next to the museum our attention was captivated by Svatopluk’s Square from which ran streets of pedestrian zone. In the middle of the square, there is a fountain. The surrounding consists of buildings. Among them stood town house, the oldes building of the Bottom Town and it comes from the +6th century. Another is a post office, a neofunctionalist building from 1931. It is considered one of the most important examples of prewar architecture. And last but not least, there stands a Marian Column restored in 1840 and built as early as in 1740. It commemorated the end of a plague epidemic. Yet the real sight was the building of Andrej Bagar theatre completed in 1992. One of the newest and largest theatre buildings in Slovakia, the theatre has a large hall for 577 people, and a studio for 120 to 150 people. The building is located on the site of first Nitran theatre built in 1883. The theatre was destroyed during the second world war by a bomb. It was named after important person of theatrical life in Slovakia, actor and director Andrej Bagar. The theatre is very popular among audiences. Every year, prestigious theatrical award ceremony DOSKY is awarded here during Divadelni Nitra festiva. 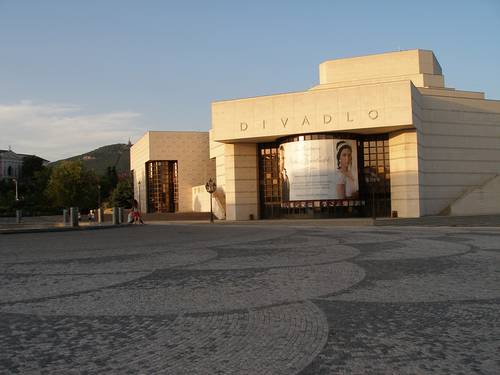 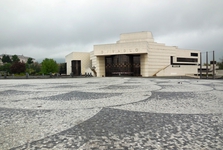 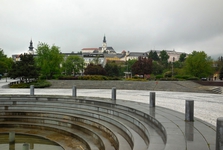 In the morning, no performance took place. Even if it did, it would have been sold out. Therefore, we continued in our stroll. Right next to the square, there is a beautiful park with twisted road. It offers nice refreshment in shade of trees, and also an artistic experience as there are many interesting sculptures. 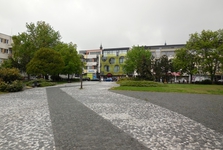 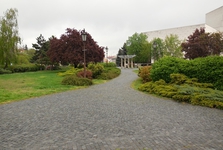 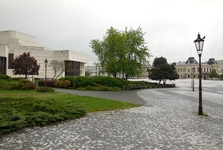 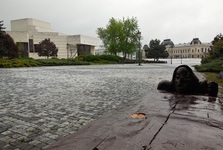 Right behind the park we walked across the road near two buildings, and we reached entrance gate to castle complex. Before we reached it, we found interesting graffiti capturing the beauty of historical Nitra. 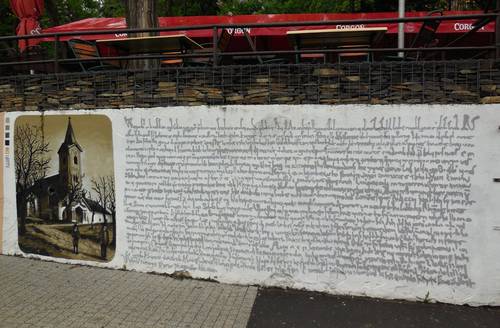 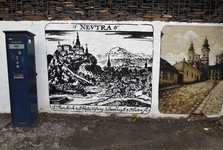 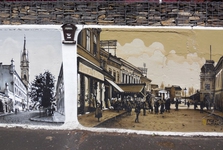 How our walk continued you will learn next week.