en.infoglobe.cz » SK, Nitra IX – A Goodbye to the City

On our way we enjoyed nature . Tree alleys, blossoming bushes, summer meadows were places we passed by while getting closer to the city center. Yet it seemed that all noise was gone. Unusual nature of this place was enjoyed by locals. They were more active than us usually. They travelled by different array of means like roller skates, bikes, or scooters with engine. 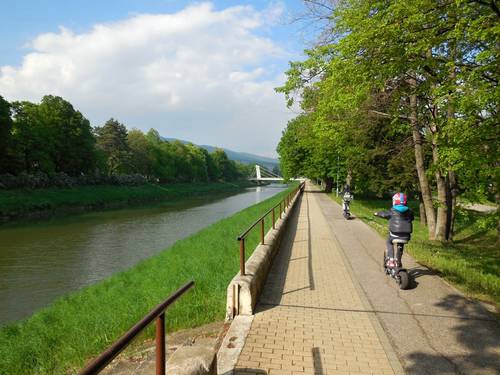 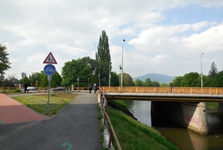 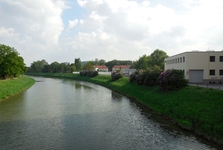 We passed by many educational instates while following the river stream. Some of them were universities. Except for the structures belonging to the University of Konstantin Filozof we had seen typical entrance aula to the Slovak Agricultural University . Agriculture is what is an inseparable part of Nitra and the whole region. Evidence for this claim are many fields, grocery products, or Slovakia’s – Agrokomplex that has been bringing to us interesting exhibitions for more than a decade. We crossed a bridge and found ourselves at the edge of a park. There we saw an interesting exposition of a tractor, and a table with information. We came closer and learned that the whole area around the university is one large artistic park that should operate as a place of rest, or a place where various events are held. This is a project of students who decorated the area with greenery and plants. Also, they demonstrated that with little of money you can create beautiful place. We sat down on a bench for a while and just thought about stuff. 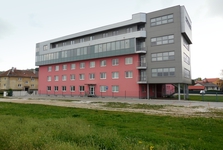 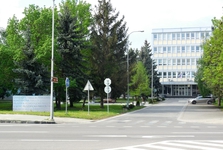 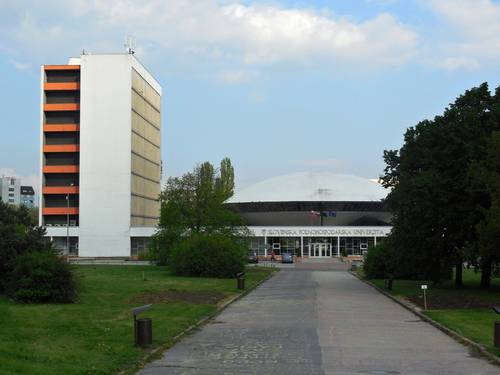 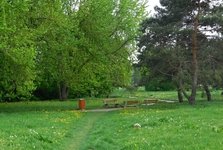 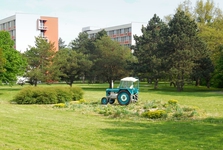 To leave this green oasis we definitely didn’t want to. But our time was getting shorter. Our walk along the river bank concluded at another bridge across the Nitra River. Before crossing it, we took a look at Zobor peak with the transmitter bearing the same name that is actually the symbol of the city. 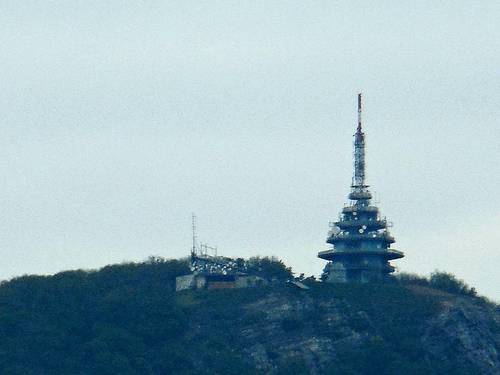 Vrch Zobor belongs to the Tribec. Its upper part holds the reservation of Zoborska Lesostep. There are rare thermophilic plants some of which are located only in the Slovakian Karst and territory near Hungary. The peak is also important for archeological reasons for there were excavated findings from the Prehistoric Era. The transmitter’s shape is of a pyramid which makes it kind of punch in the face in the landscape. It spreads TV and radio signal and until today there have been debates on its “beauty”. We have to admit we liked it and we couldn’t even imagine Nitra without it. Unfortunately, time was precious for us which didn’t allow it to see the transmitter. We headed towards the hotel instead. We checked out and moved to a station. 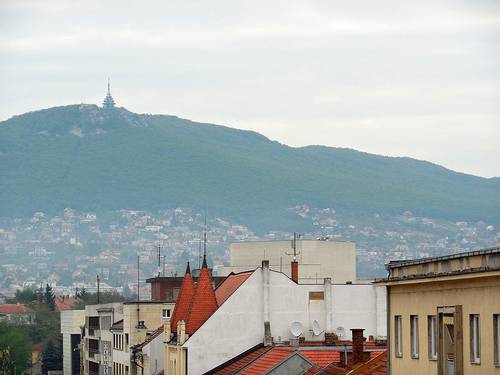 When we travelled to Nitra without great expectations. However, while walking down its streets and exploring local nature, and beautiful historical sights we were really impressed. Therefore, we truly recommend you to visit the city of Pribina.