A postcard and promotion picture known to all of Slovakia but also to be found on beer bottles that are not produced any more. There goes some characteristics of Corgon. In reality, it’s a statue of Atlas supporting the building of Kluch’s palace. There are legends related to this type of statue. The Nitra legend tells us of a smith who saved the city before the enemy. When you touch his toe it should bring you luck – should it be an exam or just in life. We took our chance and touched not only his toe and the leg as well. 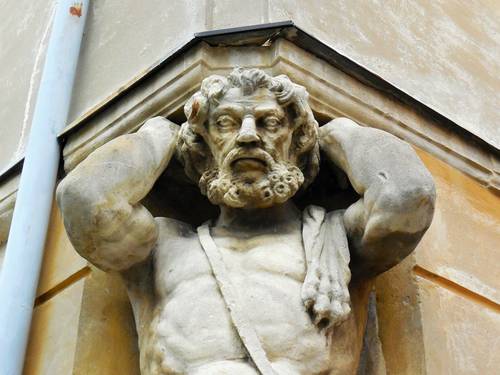 Gradually we left charming Pribina Square and moved uphill where we enjoyed beautiful vista of the city. Soon we impressive Marian Column caught our attraction, or rather it was sculptural. Its creation dates back to 1750 and documents a damaging plague that struck Nitra in 1749. I. Esterházy instructed the construction of this column. This work of art really caught our attention for its grandiosity, complicated niches, statues, and plastic art. Some of them were gilded. This column is one of the most valuable in Slovakia. The only column that looks similar to this one we have only seen in Hainburg, Austria. 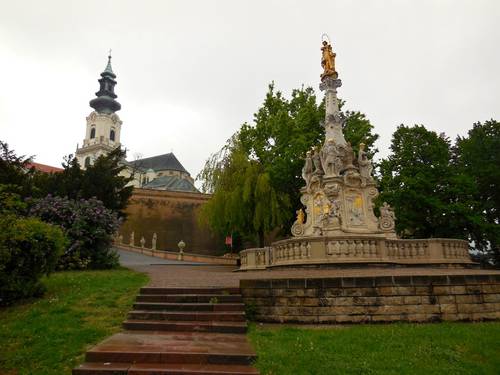 After a while we were walking across a stone bridge towards entrance gate to Nitra Castle considered the symbol of Slovakia. The area was inhabitant in the Stone Age already. It became an important ancient fortified settlement in the era of Great Moravia and also the residence of Prince Pribina, and Svatopluk. Also it was the oldest bishopric. The very first written document comes from 871. It mentions Prince Pribina’s construction activities. His history is also captured by the time when Prince Svatopluk ruled there, or Cyril and Metod were active in the area. 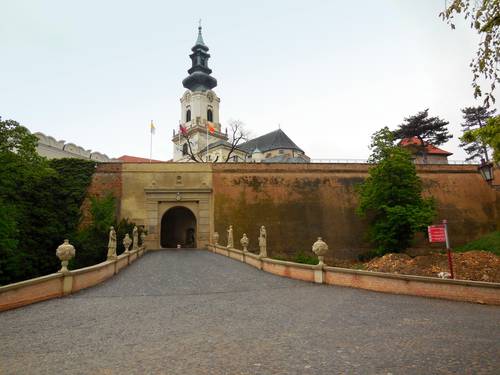 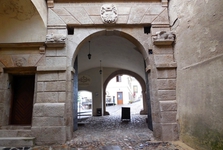 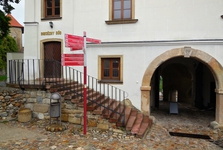 After Great Moravia’s downfall at the beginning of the 10th century, the castle had no function for a while. 70 years later, sacral architecture was restored, and it became the residence of the royal committet. Between the 12th and 18th centuries, it had received its present shape. Also the most extensive stone building - St Emaram , Andreje-Svorad, and Benadik cathedral. In the castle, wine cellars and other facilities have been built. 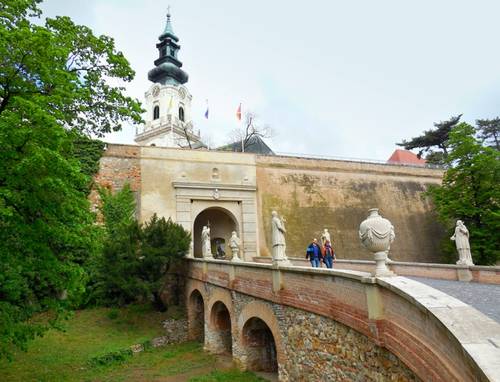 Before the Nitra Castle entrance gate we have to mention that the castle has faced several enemy invasions – the Tatars, tropps of Matthew Cak Trenciansky, Turks, and last but not least German. The latter bombed the city during the second world war. Fortunately, neither of the named invasions prevented us from seeing the beauty and uniqueness of the castle. 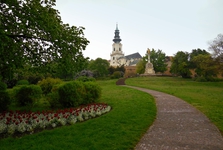 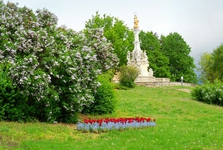 Right at the entrance gate information panels welcomed us. They told us about castle’s history and also about its parts. Behind the entrance there is a box office and a souvenir shop. Upon buying tickets we found ourselves on the first courtyard. There the Diocese court was located and today there is a café with terrace, stairs to the cathedral, and paths to other parts of the castle.

Tour around individual objects Nitra castle hides will be the matter of next week’s article.