The ticket price allowing to see all the castle complex cost us a really favorable price. More or less, we could enter all castle structures without limitations. We started on the courtyard. It seemed as St John Paul II invited us there himself. A larger-than-life statue represented him. The statue was made to commemorate his visit in 1995. The whole square was named after him. The outlook gave as a vista of growing city and sacral rarity – the church of Archangel Michael. 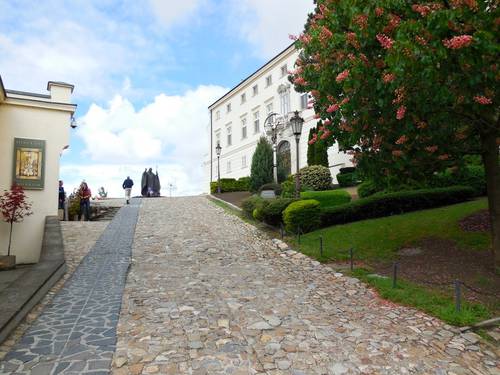 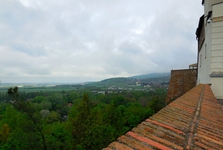 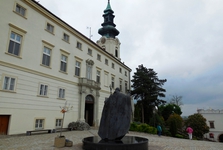 After while of pondering, we entered the Diocese Museum of the Nitra bishopric. The two-storey museum is the very first in Slovakia. After seeing the exhibited items capturing literary works of closely related to the beginnings of Christianity here, we walked down the stairs to arched underground chamber where the treasury was located. We saw ancient goblets, monstrances decorated with gems, gold, and other precious items. During the visit in the museum we heard choral music only enhancing mysterious chambers. Upon end to our tour we concluded that the exhibition was beautiful, it was even more beautiful than the treasury room in Klosterneuburg, Austria. We have seen it recently. 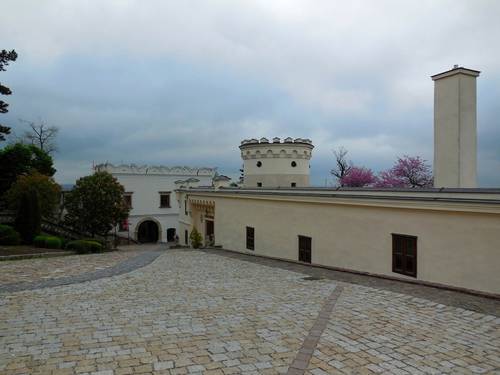 Opposite to the museum, the bishopric palace is located. The palace and the St Emeram Cathedral make of the dominant part of the castle. Today, you can see its 18th century looks. The it used to be a representational structure and to accommodate the bishop and his guests. Today, the palace is used as an archive, library, or bishopric administrative building. It is open to the public only once a year on St Cyril and Metodej holiday. Behind the palace, a complex of gardens that offers unique atmosphere and vistas of the city. The only pity is that it is available only once a year. 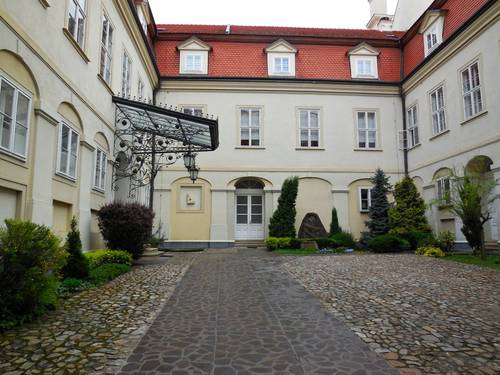 We moved to other symbol of Nitra - to St Emeram Cathedral . This landmark church offers a vista of early Baroque era with nice decoration. This is one of the reasons why the cathedral is considered one of the nicest examples of Baroque in Slovakia. The cathedral’s patrons are st Emeram, Andrej-Svorad, and Benadik. Interesting thing is that quite recently rare late-Goothical fresco of Death and coronation of the Virgin Mary were exposed. The latter was made towards the end of the 14th century. Next you can see the relief of Putting into the grave made in 1662, or relics that belonged to saints. 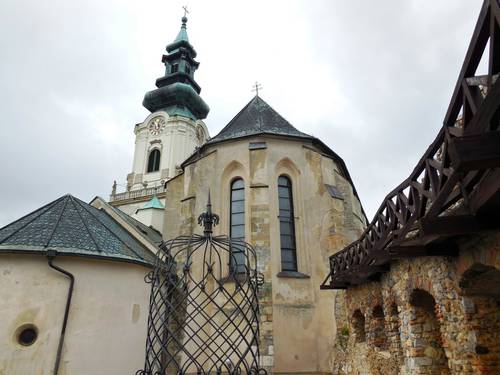 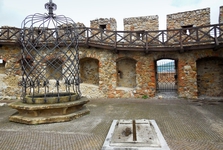 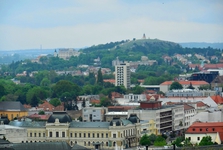 Soon you can also visit the cathedral’s tower. Except for a vista to remember it will offer you an exhibition of precious chasubles, or cellars under bishopric palace. It is arguable one of the oldest cellars (Cella Castellum) in Nitra. There should be a cade and a wine cellar. As tese are only projects, we set off from the cathedral along castle wall don the stairs. The stairs took us into a Gothic ditch which used to be a point of strategic importance to the castle. In the present, forgotten space changed to the “nature’s” amphitheater with a gallery. In summer, there take place screening, musical concerts and exhibitions. 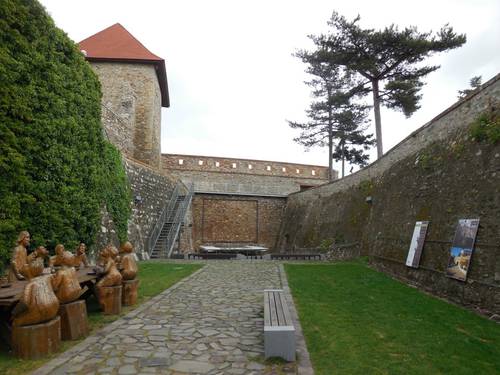 When we were there, an interesting exhibition focused on metamorphosis of the cultural sight since Castle Nitra came under the ownership of bishopric. It captured contrasts of condition of individual structures after 1989 until the present. It was unbelievable how this almost destroyed sight has changed and became on of region’s most beautiful sights. We can be really proud of it. 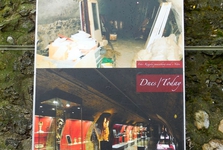 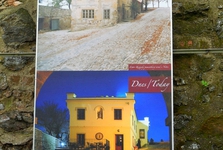 One part of Gothic moat is an entrance to the exhibition of casemates located in the fortification wall. It is pretty long corridor that concludes in a small room. Originally it guarded the gate and the bridge. Even here you can see Prehistoric and early medieval life. A museum employee accompanied us in the casemates and she gave an interesting talk on their history. We had texts on history of individual structures.

We are already looking forward to see the castle again. New attractions foe holidaymakers will be made. We concluded our trip in castle café with coffee and souvenirs.