To be honest, I do not know very well the south part of Slovakia. Therefore, I was pleasantly surprised that on our way to eastern Slovakia we will spend a few hours there. This time it was in the town of of Filakovo, located in the Cerova Highland on Slovakian - Hungarian border. This explains why many signboards there are bilingual. And also why locals speak at first in Hungarian and later in Slovakian. For example, Filakovo in Hungarian is Fulek. 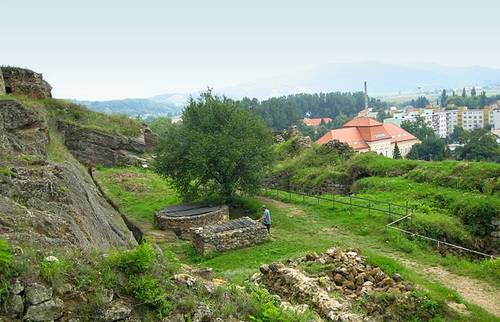 We had less than half a day to explore the town. Still we have seen many beautiful nooks in Filakovo and we visited Filakovo Castle as well. Only ruins remained until the present

While wandering in Filakovo, you can certainly encounter some beautiful buildings. Think of interesting Berchtold’s chateau , built in the late 18th century, which now houses a high school. A part of the castle is a nearby park, where deer and roe deer lived freely in the past. Today you can visit there Filakovo minizoo. Neither Cebrian’s chateau . You should see it while you are in Filakovo. Nevertheless, the building lost its former impressiveness, it is still an important element in the overall image of the town. Especially its facade with pillar arcade is very interesting. Another interesting building that is not currently in a good shape is Kohary’s curia built in the first half of the 18th century in the place where once stood the Bathory’s curia , originally built in the 17th century. Like most other places, Filakovo has its unique square that cannot be missed while you wander around d the town. At Fallen Heroes Square is a WWI monument as well as a monument to the fallen heroes of the Soviet Army in the World War II. Very interesting is the building of reduta, or a community center, locals call it Vigado. This beautiful building with eclectic façade dating from the late 19th century is still today an important center of social and cultural life. On the side of it there is a library and, also, the Town History Museum . Even the municipal administration building is one of the most interesting buildings you can see there. Once it housed even a firefighter brigade. Be sure to pay special attention to the turrets from which firefighters had the whole town in their view, so today it is a great observation post. Also, the parish church of the Assumption of the Blessed Virgin Mary is worth mentioning. Last but not least, adjacent to it is a Franciscan monastery , which it adjoins on the northwest side. Both are declared a national monument. 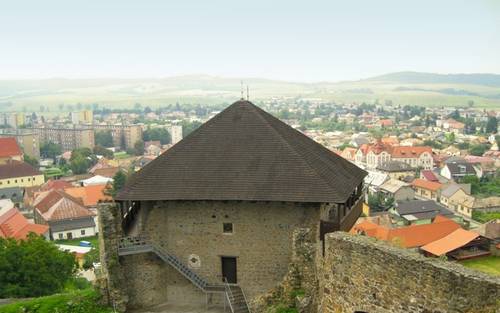 But now we turn to the most popular landmark in Filakovo, Filakovsky Castle. Today in its five storey Bebek Tower, reconstructed five years ago, there is the Castle Museum. 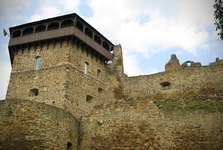 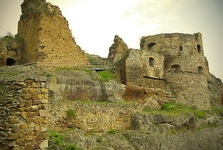 But let's look at it in order. History Filakovsky castle began probably sometime in the 12th century, when the castle was built on the castle rock. The first written mention dates back to 1242. Since then, as it goes with other castles , there were several major or minor owners. Among the most famous of which certainly belonged Matus Cak of Trencin . Even the appearance of the castle during its history considerably changed and adapted to the requirements of specific time. After amplification of the Turkish danger was rebuilt on a grand Renaissance fortress. At that time the town’s fortifications were finished that continued flawlessly from the acropolis. Despite this grueling effort, for the long 39 years the castle fell into the hands of the Turks. Until in 1593 the imperial troops took it back. Then the castle was owned by several masters, Bockaj troops occupied it. The troops had to often face military unrests between power groups of the Habsburg Empire and the Emperor. It meant that the necessitated considerable modifications and in 1615 it even caught in fire. However, the castle underwent further restoration. And so on it again began to fight each other then power. Later, during Rakoczi uprising , the city was occupied by imperial troops . At that time, not only the city but also the castle prospered The Red Rock was exposed to a guard tower and guard the mountain began patrolling a permanent garrison . During Tököliho Habsburg uprising his troops stormed the castle, but did not conquer it. They succeeded until about four years later, in 1682, when Tököli with a large army of Turkish soldiers. After a long siege still managed to finally conquer the castle. Subsequently, the castle burnt down and the city was destroyed. And since then, the castle has been in ruins. 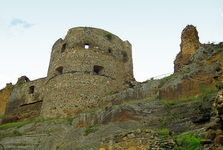 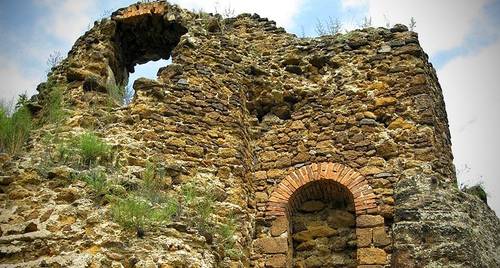 Just one tower remained out of town’s fortification. The bottom castle was swallowed by expanding city. Just a small part of its courtyard remained. Today, despite all worries, the castle is a popular place to have a trip at. Gradually it has been conserved and not very long time ago , an interesting museum was founded. It is devoted to the history of the castle and Filakovo town.