The center line of the square is filled with an artistically redesigned fountain, a liberation monument and smaller green areas. There is also a fountain with drinking water, lots of benches and fun elements for exercise. The dominant feature is the Baroque building of the County House from the end of the 17th century, which has served as the seat of the Orava Gallery since 1971, or the three-nave neo-Gothic evangelical church of the Augsburg faith from 1894. 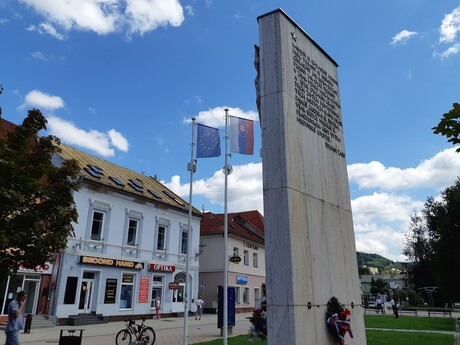 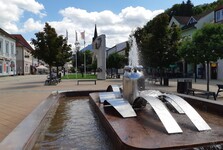 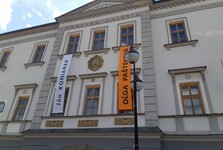 Among these monuments is the Dějatelů Park, where statues, reliefs and memorial plaques of important personalities are located. The building of the former Slávia Hotel, currently the Zmeškal House of Music in the lower part of the square, is also remarkable. It was built by the Orava estate and for many years served as the cultural center of the Dolnokubín amateur theater. 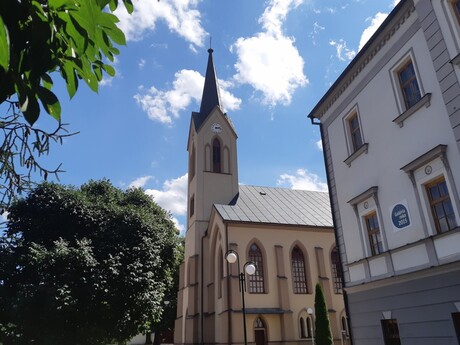 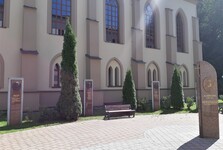 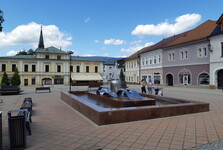 In the upper part of the square you will come across the building of the Čaplovič Library, which is one of the most valuable historical libraries in Slovakia. It also includes the truly magnificent Literary Museum of P. O. Hviezdoslav. Opposite the library is a three-meter statue of Hviezdoslav, who is one of the most important realistic, lyrical-epic authors of Slovak literature by Franň Štefunek, as well as the house in which he lived during his stay in Dolný Kubín. 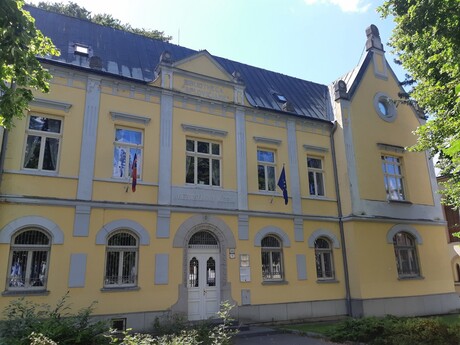 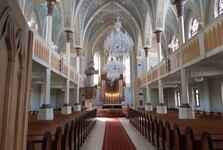 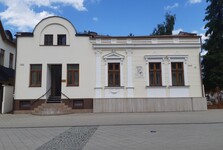 A few meters from the library stands the Jewish synagogue from 1901, which, however, no longer serves its purpose. At present, it is the Choč cinema. Of the Jewish monuments, the cemetery near the center in the direction of Kuzmínovo and the Exhibition of Jewish Culture located in the premises of the Municipal Cultural Center have been preserved. 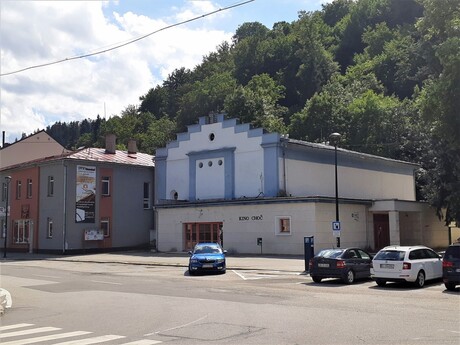 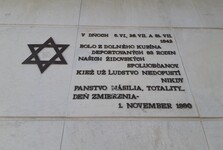 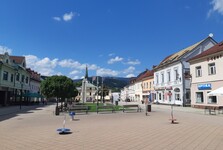 At the upper end of Hviezdoslav Square is the monumental blue building of the grammar school and behind it the equally nice town hall, which is the seat of the Municipal Office. In front of the office, they planted the Lípa confluence of the world, which is flooded from various rivers, seas and streams of the world, from where water will be brought by locals as well as representatives of partner and other towns and villages. 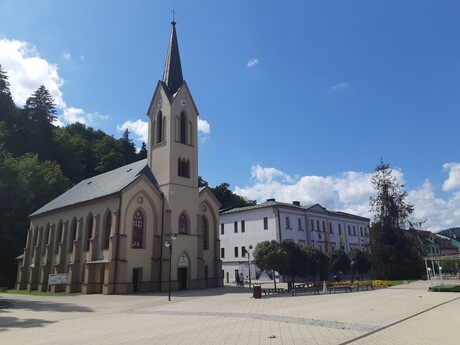 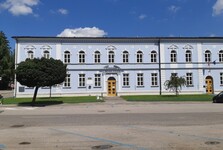 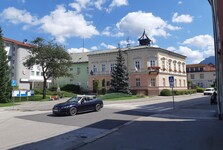 With a view of the mighty peak of Choč in the background, we end our journey, but only for a few days, as we still have our last walk through this exceptional Orava town.