This former mining town is situated on the meeting point of Cesta Svobody (Freedom Road) and the Bela River, about 16 kilometers from Strbske Pleso. It is the westernmost of Vysoke Tatry's 15 boroughs. Tourists find this locality very attractive, mostly for its proximity to the freeway, many accommodation facilities, and restaurants. 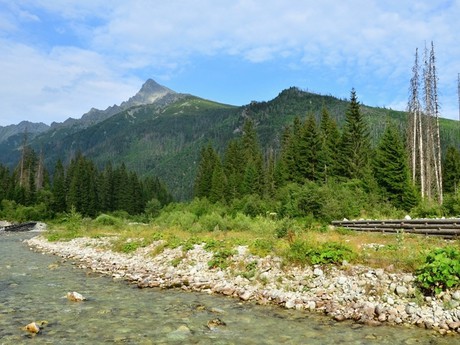 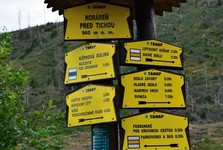 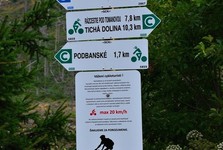 The history of the settlement dates back to the 15th and 16th centuries. Then a gold rush broke out in Hungary and it hit the Tatra as well. However, the actual foundations of the settlement represented by the so called Harman mining house with a room for tourists date back as late as to the year 1871. Soon, a water sawmill, or a mill for spruce bark grinding used by Liptov tanners to work raw leather. In 1923, new structures were added. The forest road from Strbske Pleso across Tri Studnicky would be later extended. Throught the 1930s, there was a plan to built a road across Ticha and Tomanovska valleys to Poland. In the plan, Podbanske was supposed to be an important junction. Eventually, this project was not carried out. Later, wooden houses would be constructed. A connection to Liptovsky Hradok was built before the 1970 Nordic skiing championship. Also, local hill slope was adjusted and a ski tow was added. Soon, Krivan hotel was built there and soon Permon sanatorium followed. 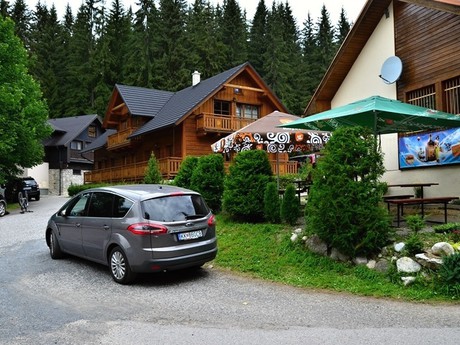 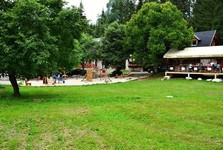 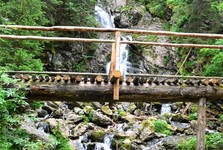 The ski resort featuring three ski towns and maintained ski slopes suitable for families and children is among the most well-known attractions in Podbanske. With favorable weather conditions, skiers ski on natural snow from end December to March. The resort has its own ski school and ski rental.

The memorial place adjacent to the main car park is nteresting too. Vysoke Tatry guerilla unit and its fights during the the Slovak National Uprising are represented here in symbolical manner. 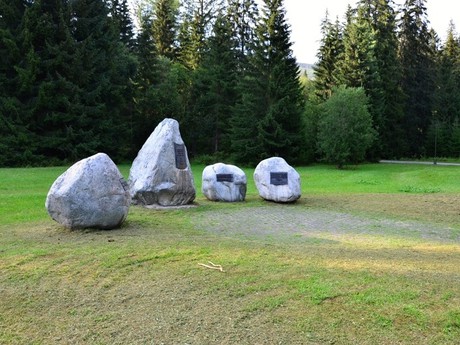 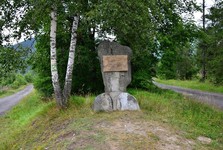 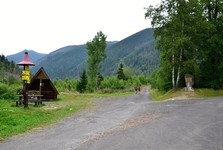 Last but not least interesting point of interest for tourists and travelers are Krivan hotels (Pieris at the present) which feature beautiful architecture, sunny terrace, and top-notch gastronomy, or Permon hotel which features the largest wellness facility in Slovakia. 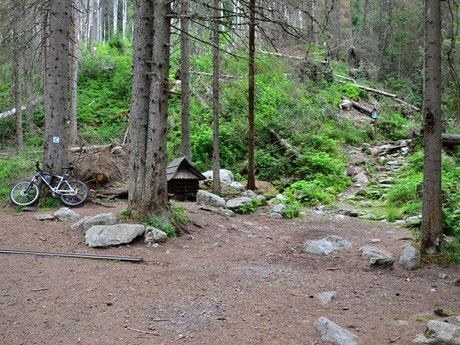 Podbanske town offers many interesting bike trails or tourist trails – to Ticha and Koprova valleys, up to Krivan, or a section of the Tatra Tourist Highway, just to name several. Liptov Village Museum, caves in Liptov region, or medieval castles are some of the remote destinations you may visit.