The town of Podolie is sitauted aboutt 11 kilometers from Nove Mesto nad Vahom. In the former town, there is St George Roman-Catholic church, and also the largest concentration of chateaux and castles in the world! do you ask how this is even possible? The answer is simple Park miniatur (The Park of Miniatures). Originally, it was the idea of Juraj Hlatky to build such a place in 2001. Soon, the construction took place. Today, the park, which is close to a local elementary school, grew to a place with 70 models within one exhibition. New models are added every year. This lures in tourists, families with children, or people who like to see unusual places. 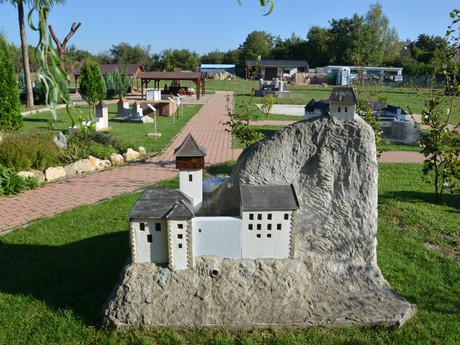 The park is designed as an open air space. It was opened in the mid July of 2005. Amazing scale models of medieval architecture show them in their greatest fame. Many models represent buidlings that are currently in decay, and there is not much left of some. All models are accurately based on their real life templates. The ratios used are 1 : 50, 1 : 30, and 1 : 25. 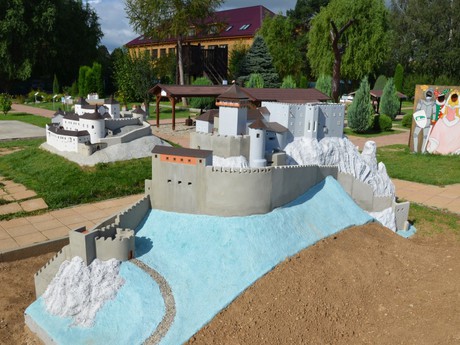 A fan of Slovakian history invested in the entire compound. He intended to create an entertaining yet educational composition which would introduce the cultural heritage and history of Slovakia. 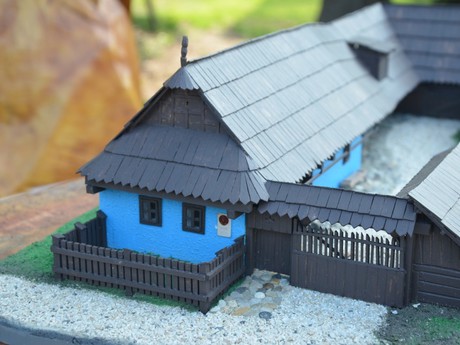 The park is situated in the heart of an area between three castles (Cachtice, Beckov, and Tematin). You can walk take a walk around Branc castle, the first officially  completed scale model (2003), Novy Zamek of Stiavnice, Jelsavsky castle, Korlatka castle, Vrsatce castle, churches of Tvrdosin and Drazovice, or Hronsek belfry. In addition to that, there is Holubyho cabin, Martin Kukucik's native house (Slovakian writer), Klepac lookout tower, and many other structures. 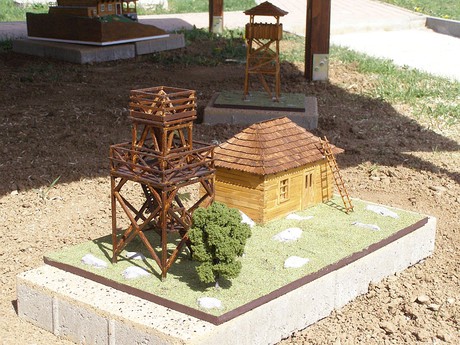 Park miniatur is a vibrant place. Apart from amazing scale models, various events take place there throught the year – from the Easter, the day of open doors, themed summer events, night tours, or baptism of babies. Elizabeth Lookout Tower is an interesting feature at the center of the park. Up from the tower you can see majority of the scale model kingdom. Also, try a minifarm where some animals live. 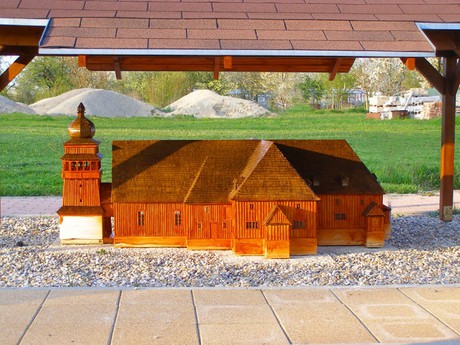 You can buy snacks in the area, and even book group sausage grilling. There is also a souvenir shop. The park is open from April to October, Tuesday through Sunday (with only exceptions on national holidays or special events). Follow their website for sometimes the park is even open on a holiaday. 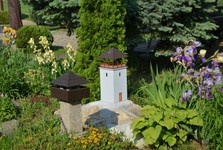 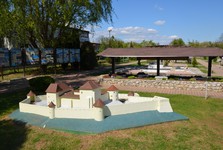 Be sure to visit this unique park and its scale models. There is nothing else like it in the nearby area. If you send us the names of at least three sights within the park until July 7, 2017 to 4gsyQOQa9~Bq2~6_Tlx, one of you receives a family ticket! We publish the name of a winner on our social media profiles.