The oldest written mention of the town of Roznava dates back to 1291. King Ondrej wrote a decree where he ordered to mark its borders. The town was founded thanks to rich deposits of minerals in the area - gold, silver, and iron ore. A church was constructed in this twon in 1304 already. Today it is the bishopric cathedral. This constitutes the historical core of the town. In 1382, it received the town privileges by King Louis I. Later, however, the mining looses its importance and is replaced by crafts and education. We leave the history for now and take a look at the landmarks. 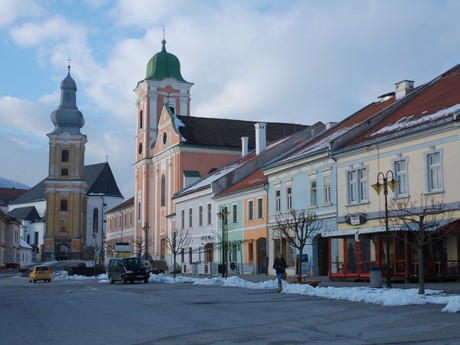 Horniku square is where most of the landmarks are including some side streets. An interesting fact is that this square is one of the largest of its kind in Slovakia. The 38-meter watch tower is the dominant landmark on this square. It protected the town before the Turks. The symbol of Roznava was constructed in the 17th century. Only the obseration tower is now open to the public. It provides an excellent view over the town and its surroundings. 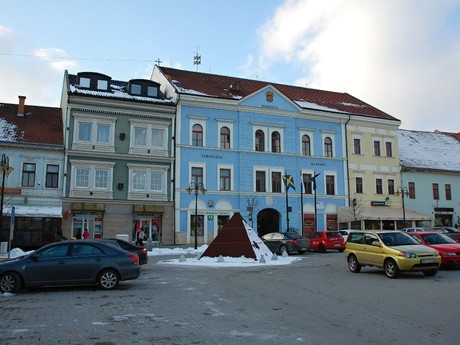 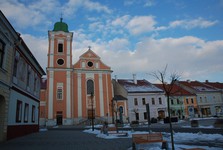 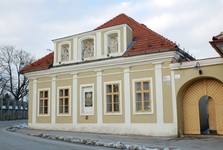 Among other remarkable landmarks are sacral structures such as the church of St Frantisek Xaversky which was completed in 1650, the already mentioned bishopric cathedral of the Assumption of the Virgin Mary which holds the remainings of Saint Neitus. Then there is the bishopric office where Roznavska diocese resides. It was founded by Empress Maria Theresa. Then visit an evangelic church, the church of St Anna, or the sister of St Vincence de Paul Order or the Franciscans. 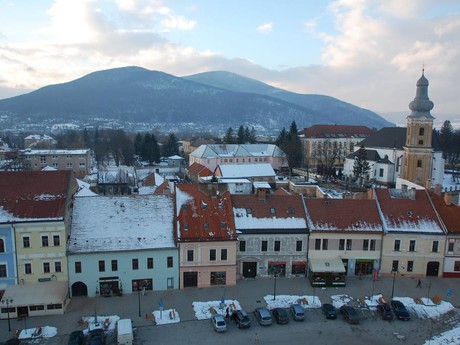 Where we would like to recommend you to go is also the town hall completed in 1810, the Municipal Gallery, or the Museum of Mining which holds one unique item - the oldest steamroller in the world! Well, rthe exhibition of mining shafts is interesting no less. There are several statues and memorials around the downtown. One such memorial is the Marian column on Horniku square as well as the memorial of the guerilla fighter Toth. Next, there is larger-than-life statue of Frantiska Andrsassy - the patron of the poor. The Old Spital (then a public hospital) is situated in Betliar Street. The hospital was built by lord Juraj Andrassy of Krasna Hurka. An observatory is situated in the norther part of the town. Above the observatory, there is the municipal cemetery which partly lays over Jiskrova stronghold - a very valuable landmark. 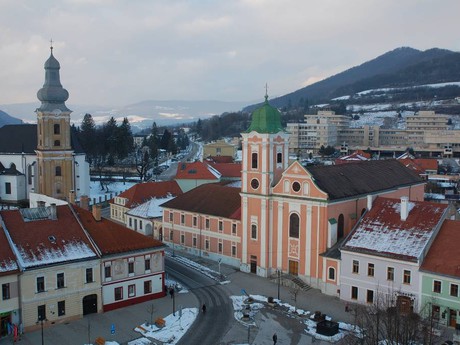 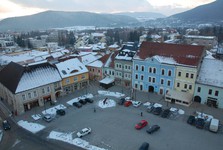 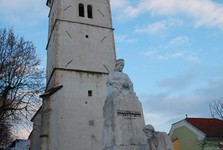 Parks or landmarks of engineering are just some of the places great to take trips to in Roznava. Former spa with slightly radioactive water was popular among tourists. One of the guests was even the famous Sigmund Freud. Today, you can get sense of its past glory. 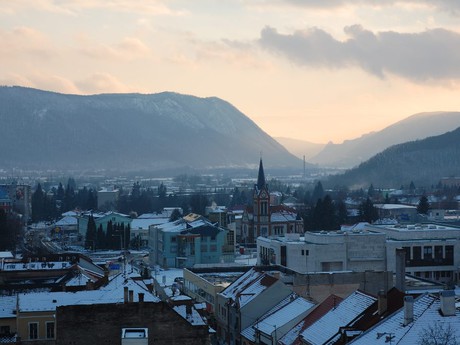 Roznava was once the center of tourism of the entire Gemer. We think, it should become so once again. There are many beautiful landmarks and places attractive for tourists. Good means of transportation which can get you there, makes it a good place to make trips. The Gothic road is just an example where to go or go to Krasna Hurka, Chateau Betliar or simply discovering the caves of the Slovakian Karst.