Vysoka (754 meters) is one of the characteristic peaks of the Small Carpathians. It is located in the western part of the Kuchynska Highlands , we ,according to the geomorphological attributes, include it to the Pezinske Carphatians. It is very well visible from several parts of the Small Carpathians . And also, from around. Especially, when viewed from the southwest and northeast, the silhouette of the looming peak contrasts sharply with the neighboring hills. The significant height advantage and sharply sloping steep slopes are typical features top Vysoka . The territory of this hill forms since 1988 a protected area of over 805,300 m² - the Vysoka Nature Reserve with the strictest fifth degree of protection. Ridge of Vysoka is typical by its distinctive rock walls that are at its southeastern edge sharply terminated by steep cliffs, overhangs and high walls. These massive rock formations are made of massive benches light grey limestone and Triassic age dolomites. The slopes of the majestic hill form dense forests of beeches, elms, maples, and limes as well. The forests are mainly inhabited by deers. 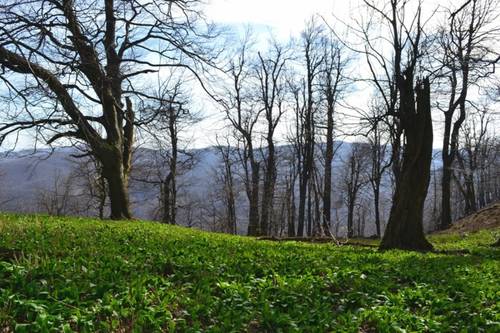 In college, the second highest hill of the Little Carpathians , there are two marked hiking trails . The first and shorter one is the path of the blue trail leading from the nearby village Kuchyne . This tourist walkway soon lead us through green pastures slope localities situated on the slopes above Kuchyna, then through the forest towards bore and then the slope of the hill Pristodolok (591 m). After crossing the saddle separating Pristodolok and Vysoka had only followed the steep climb to the top of a high. We recommend take the red trail at the crossroads Panske Uhliska turn the blue tourist sign pointing to the northwest. for tourists who prefer the high output from its eastern side - of the Little Carpathians. After a short walk through the forest fall to the slopes of Vysoka. Then you can just continue climbing to its summit. You can also visit other, lying near the site - Taric rocks (620 m). After we meet at the crossroads of High Panské Uhliská , can be connected to the red marked tourist walkway and turn towards the north to the saddle Skalka . The route of the tourist walkway leads along the ridge of the rock formations and screes formed pale gray Mesozoic limestone rocks called Taric Rocks . From that place we may see the amazing Small Carpathians . On the east, there is also Vysoka peak, rocky ridge Horni peak ( 643 meters), a deep valley leading northwest to Rohoznik   and to a glowing quarry in the distance, Vajarska. 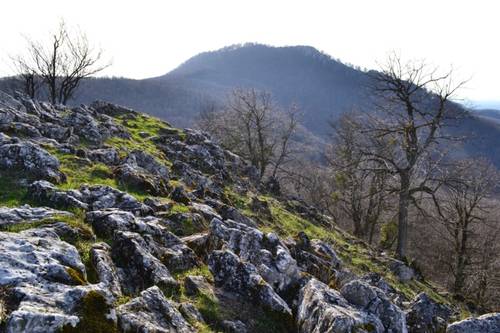 At the top of Vysoka, when there is a good visibility, we can admire the unforgettable and fantastic views of the surrounding areas - mainly in the Small Carpathians, Zahorska lowland, while in the distance you can see the outline of the White Carpathians. Not far away there are villages of Kuchyn and Rohoznik. They are located in the lowland. From Vysoka, there is a great view of the whole Small Carpathians – to the southwest you might see a silhouette of Devinska Kobyla ( 514 meters), to the east there is Velka Homola (709 meters), Kukla (564 meters), Cerveny Kamen Castle , the peaks Jelenec ( 694 meters) and Geldek ( 694 meters) and far on the horizon you can recognize Trnava. Except for this you might have a great view of the Pohanska Peak ( 494 meters) and Plavecky Castle . Also you might see the massive peak Vapenna ( 752 meters) – the third highest peak of Small Carpathians. 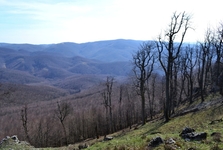 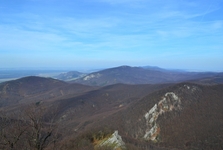 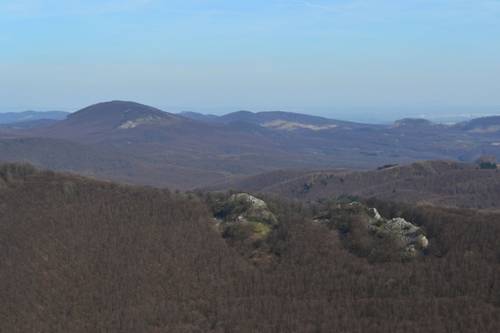 Thanks to its massiveness and impressiveness, Vysoka, dominates the Small Carpathians. It is a natural jewel , one of the seven hundred meters high peaks of the Small Carpathians. It is worth climbing on. Glorious views from the top over the wide open countryside. It is a great and unforgettable experience that will delight every tourist, or a lover of natural beauty. 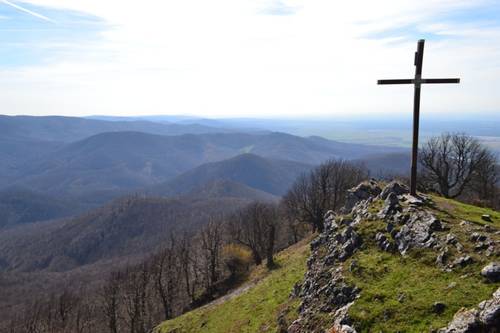