en.infoglobe.cz » SK, Spisska Sobota – A Gem Under  the Tatras

SK, Spisska Sobota – A Gem Under the Tatras

The history of Spisska Sobota began in 1266, a year when it was mentioned for the first time in a deed of Bela IV. After the arrival of German Saxons it became an important place in Spis and it was a serious competition to cities such as Kezmarok and Levoca. In 1271, the city got its prigst and privileges of Saxons which meant the city had an advantage compared to other Slovakian cities and town. In 1412, Poland got the city as a “deposit” and it remained such for long 360 years. Despite this the city flourished and even famous King Matthias Corvinus stopped by there. Even the reform of Martin Luther had an impact here and it changed religious matters in the city. The year 1545 was tragic. A half of the city’s square burned down and the church’s tower as well. It was just a sign of nearing end for it came in 1775. However, locals remained there and had built the city again. Since then the character of the city remained basically untouched. This is the reason why you can admire ancient beauty of its houses, church and other landmarks. 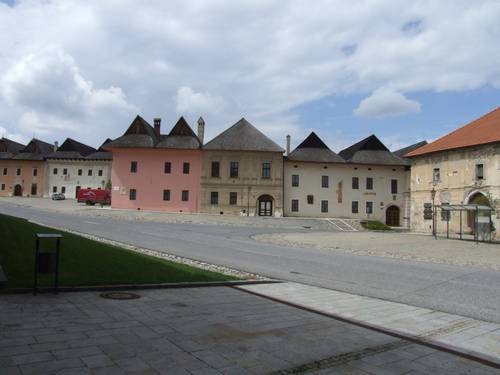 Age long competition
The city of Spisska Sobota for a long time competes with its neighbor, the city of Poprad. Until 1923 it had a prominent status in the region, however, the railroad that crossed Poprad caused the former to be the major city in the region in 1927. Also near cities were subsequently connected together. After the Great War many new buildings were built there and population of the city raised. After the Second World War, there was built the largest industrial complex in the city Vagonka which is until today one of the most respected companies of its kind in Europe and the world as well. We also shall not forget agriculture, it was a significant part of city’s growth and even today it plays a prominent role. 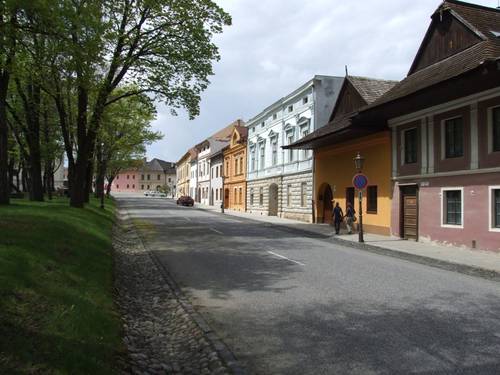 Lets leave history and move off to the well-preserved historical center of the city which is since 1950 a reservation.

. Visitors can sea Gothic, Renaissance and Baroque bourgeois houses. One of the greatest gems is, undoubtedly, the St George’s Church , particularly its interior. There are five late-Gothic wing altars. The most precious is the main altar made by Pavel of Levoca who expressed cognition of life and men. You also should visit a renaissance bell tower built in 1598, or Imaculata. The former means a baroqueMarian column made of sandstone. At the end of the southern end of the square there is situated an evangelical church , which was built in Baroque/Classicism style. The church symbolizes a reformation that took part in te Middle-Ages. The town hall is also interesting sight. It used to be a prison and later evenKing Matthias Corvinus spent some time there. There are many other landmarks we could talk about, indeed. 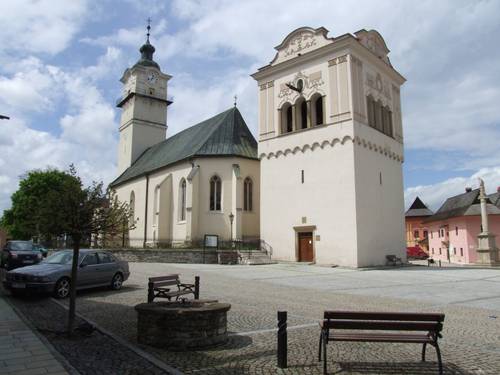 Famous figures of Spisska Sobota
Many famous personas were born or lived in Spisska Sobota, among them is the Gross family especially Pavol Gross, a woodcarver. He made lots of works of art that are located not only in the Spis region but they spread further, for example to Kosice. Another world-famous personas were, for instance, the sculptors Fridrich and Jan Brokoff, the major representatives of the českého Baroque. Also Moric Benovsky, a traveller and the king of Madagaskaru, is related to Spisska Sobota. You ask why? Well, thanks to Zuzana Hönschova, a Spis native he got married with. Also the architect Gedeon Majunke lived there his whole life. He wanted to incorporate there more of a unique architecture of the High Tatras. The most important natives of the present are for example Petr Bondra, a hockey player, Lubos Bartecka, Radoslav Suchy. They had attended the “Spisskosobotska" primary school 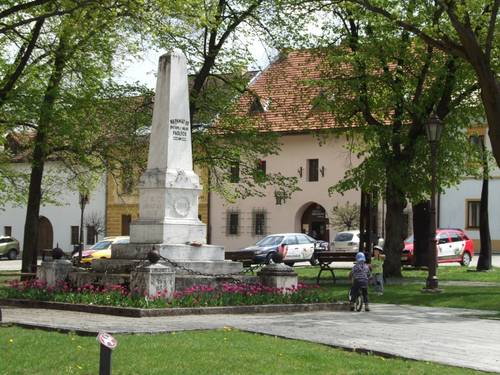 Spisska Sobota is a hidden gem of Poprad. It is beautiful and thanks to locals also a busy city. A park in the center of the square is a great opportunity for every visitor to stop for a while and enjoy an unforgettable atmosphere of this that hasn’t changed for more than 300 years.