It is today when we go and seethe Ski museum. Poodhalíme mysteries, not only in connection with skiing. Near the railway station and bus station in the Tatra Lomnica, off the main road, has grown this year new attraction , from which enjoys both domestic and foreign tourists and lovers of skiing. The newly built building conceals the possibility of accommodation, sports shops and cozy cafes. While this is not so extraordinary, but after entering the building you will find that there is also a small museum established. In it is extremely interesting exhibition dedicated to the history of the emergence and development of winter sports in the High Tatras since their beginning in 1945. 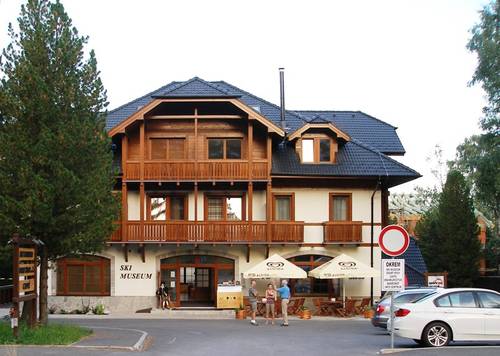 Even before entering the exhibition will welcome reception where you buy tickets. Also, you can buy different souvenirs and postcards and books, of course, how else than the Tatra theme. The visitors of the museum waiting 300 m² of exhibition space and 19 bilingual educational boards (Slovak-English) from which you will learn a lot of interesting information about the early days of skiing, skating, curling, rock climbing, tobogganing or sledding in the High Tatras. Each thematic area is supplemented by exhibits that the text part will offer visitors a perfect picture of how it in the High Tatras once seemed. 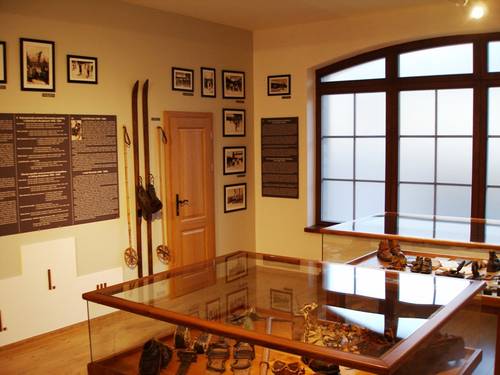 Not us mention a few interesting things that we learned during a visit to this exceptional place. For example, did you know that the man has from time immemorial tried to ease and speed up the movement of the snow, and wrapping your legs in different materials (straw, animal skins, wood panels)? With time and improvement of this technology came to world's premier ski . The theory is that the place of the first skis were central Asia. It was already 6000 years ago. Interesting is also the origin of their name. The word ski (ski) probably comes from the Icelandic word scidh, which means a piece of wood.

But leave surrounding world and lets see how skiing was in Slovakia, in the High Tatras. According to historical sources skis on our territory brought Karol Cornidesz , in 1865, but served only as a "decoration". The first actual use of skis for skiing made to the founder of Novy Smokovec his name was Mikulas Szontágh. Gradually phenomenon skiing at Slovak began to expand, until finally in 1911 doctor and the founder of climatic spa in Tatranska Polianka Michal Guhra finally succeeded in cooperation with the Hungarian organize the first ski club Ski Championship Hungary. Guhra is signed and the construction of several ski jumps and was also the founder of the first voluntary rescue corps in the High Tatras. 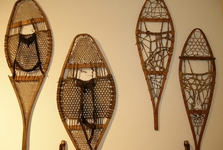 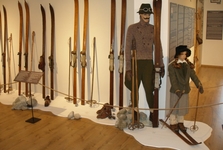 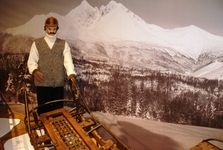 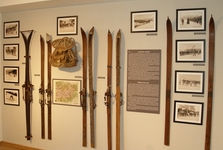 After little research on these figures living in Tater we also saw an exhibition with various types of skis. We were very impressed by most skis of 1885, which measured unbelievable 3.07 meters . In another room, we learned about the beginnings of tourism in the High Tatras and the project of artificial bobsleigh track in Tatranska Lomnica, which was his time the longest in Europe. The last room was made up of faithful copies of ski shops and Gertrud cottage . Exposure addition to the already mentioned information, maps and history of skating and curling, who enjoyed great popularity, but today, wonder of wonders, it is not for him or nobility. The museum also captures significant moments from the period of the European Championship in ice hockey and sports personalities such as: first Slovak Olympian Lukas Michalak or other Olympian winner Stefan Kovalcik, and others. Equally interesting is the section on the history of military exercises. This way we could continue long, but better if you visit the museum yourself. 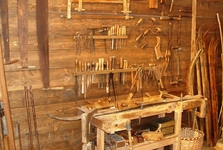 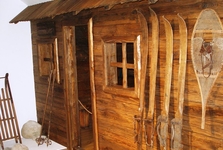 Museum of skiing and winter sports in the High Tatras is a private entrepreneurial activity, but serve the general public. The realization of this attraction, which in Vysoke Tatry city certainly missed, took care of Mr. Vladimir Hubac , who more than 20 years collected, reconstructed and restored rare exhibits that they become a matter of his heart. The museum and its exhibition will be gradually supplemented with additional unique exhibition objects and interactive presentations that are even closer to visitors of the rich history of the Tatra Mountains. Therefore, do not hesitate for a moment and when you next visit the High Tatras, do not miss visiting the ski museum in Tatranska Lomnica, which will become an extraordinary and most instructive