Turčianské Teplice is known for its long spa tradition and we followed not only the tradition. We decided on one nice day in August to visit it. We got into the car and directed it right into the center of this quiet town surrounded by picturesque countryside of the Velká Fatra in the east, Kremnica Hills in the southeast, Žiar in the west, and Malá Fatra in the north. 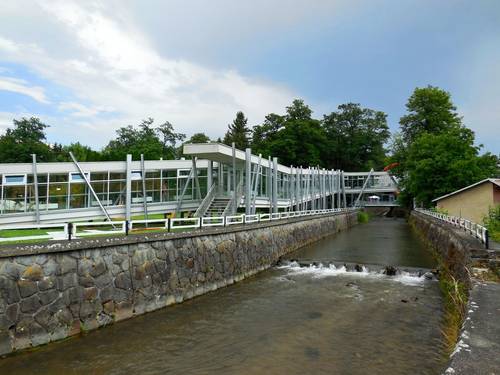 Exploring the city
After leaving our four-wheeled iron steed at the free car parking, we went first to the park at by the Teplica River, the locals also call Žarnovica. Beautiful green park with flower beds is dominated by an artistic fountain, or rather therapeutic spring . Not for a moment, did we hesitate and we tasted a few sips. Despite the relatively warm spring, hot summer day to refresh us great. The rocker around the park lined with restaurants and bath house. When we came closer, we got on a nicely landscaped pedestrian zone with many benches and even here we found a tourist signpost with tips on trips. 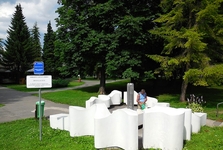 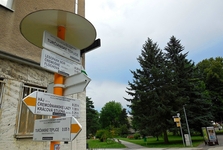 From the pedestrian zone you can get, for example, to the surrounding villages, to the park, or even on the famous peaks. Since we were not in tourist mood or had a nessecasary equpiment, we continued exploring Turčianské Teplice. We found here a Great War monument , or also memorial boards dedicated to Joseph Lettrich - one of the most important personalities of Czech and Czechoslovak political scene of the 20th centurym and Nicholas Galanda , which represents one of the most important representatives of the interwar avant-garde painters who are closely related to the town's history is. Galanda has even a house where he was born, which we unfortunately did not manage to visit. 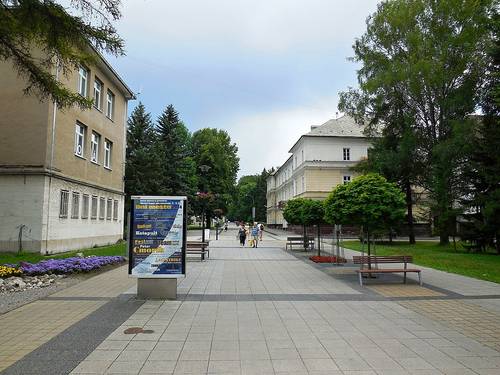 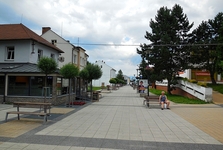 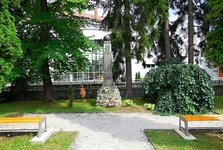 Among the dominant buildings is also the Municipal Office of Turčianské Teplice, which houses the tourist information center. We looked inside it and found that it offers a wide range of promotional materials and articles. Even before the municipality is is a park , which is really nice. Within it is a stage set up where interesting events are held every years. Such as the days of the city, harvest festival, or popular international folklore festival Bukovinská Meetings. 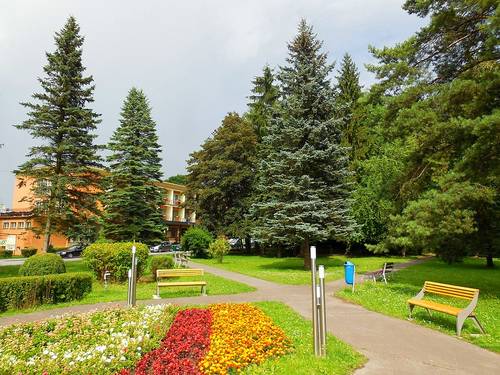 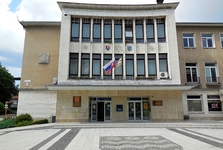 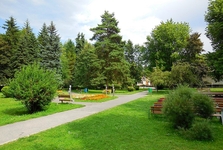 On a way behind the again at the park we came across a beautiful Rococo-Classicist chapel of St John of Nepomuk , in which it is located rococo altar from the second half of the 18th century. We also got through to the relatively large spa pavilions , which were largely already renovated. In these places, there is also a cinema which was a refuge for us from a violent storm, which at the time of our visit, swept across the city. 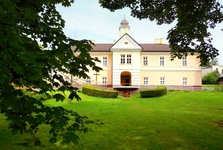 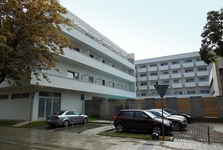 Perhaps the most beautiful architectural attractions of the city include the spa park with a cultural sight called Blue Bath , to which we went right after the rain stopped. But what we have seen, learned and experienced, we will tell you next week. 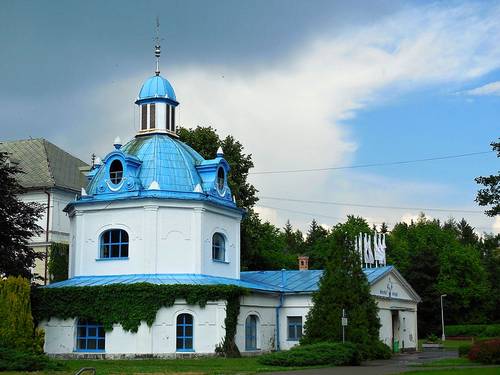