And so we went to perhaps the most beautiful, most photographed and most typical dominant in the center, the building called Blue Bath. This is a late-classical building of a polygonal shape with a dome, which is registered as a cultural monument Slovakia . Typical is the combination of white and sky blue colors and at its core is a medicinal spring. As we read, the very first written mention of the origin of the baths was built in 1726 by Dr. Chylciuse. Two years later gave the neighboring town of Kremnica build the so called Green Bath also added the building with five rooms and a kitchen. Later, there were several changes, most notably the construction of the main gate of the house after treatment J. Kollar. Its uniqueness this building has preserved until the present. It is currently used for field trips. 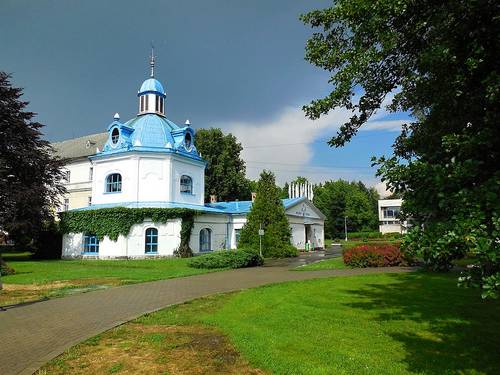 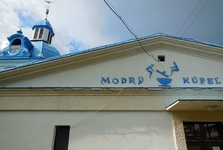 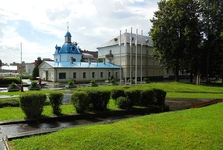 Right at the Blue Bath there are other freely accessible therapeutic springs . One of them even stems from the wall spa building. Sometimes we we got this feeling that we are in small Karlovy Vary. After examination and testing of local springs we went to explore the spa’s Park of Fame . Thereare placed benches dedicated to famous dancers as well as many exotic trees. The park is even among the oldest and largest parks in the Slovakia.; 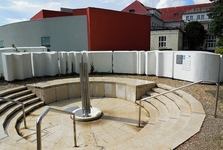 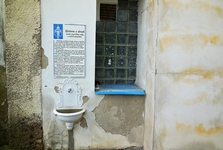 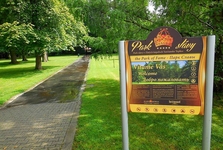 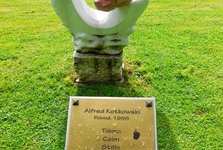 On these stops we got back in the history of Turčianské Teplice . The town is from the year 1281 associated with hot springs and spas. In 1533 the town was a property of neighboring Kremnice that made springs available to residents. Kremnice also began to build residents bathhouses. The construction objectives were achieved in the 19th century. Then followed a period of autonomy or integration of the surrounding local government. Interestingly, Turčianské Teplice is the district capital for the third time. The fate of spa culture was affected by war and economic decline but also by the construction boom in the 1980s. 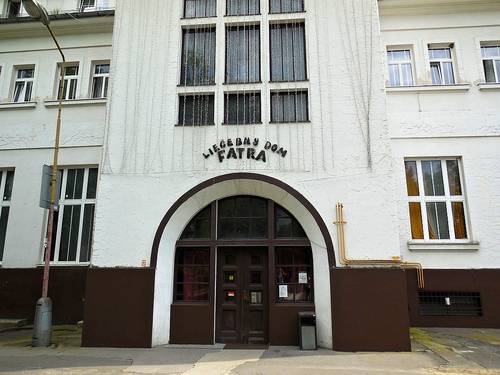 An important landmark for the city was also the year 2007, when in the presence of Archduke Michael von Habsburg-Lothringen was opened new fun and relaxation area of a waterpark . From that time up to & nbsp; present the city literally has been booming and every year there appear thousands of tourists, like us. On the first hand, we tried relaxation-healing effects of water and the thrill of this experience is beyond description. It was simply put - great! 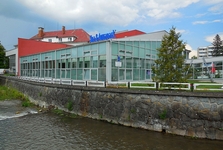 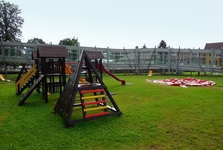 The in the past visited the nobility of Hungary, Poland, Austria, and Transylvania. Kings and emperors bathed there, like Maximilian I, or Francis II. Veseleni, and even Countess Marie Secianska to whom they associated with the legend of her beauty thanks to the miraculous water of the spa. Interesting is also the legend of King Sigismund , who at the time of his visit to Turcianske spas had his golden crown on his head. This, allegedly, caused his longevity Well, whatever the truth is, the spa is beautiful, modern and healing 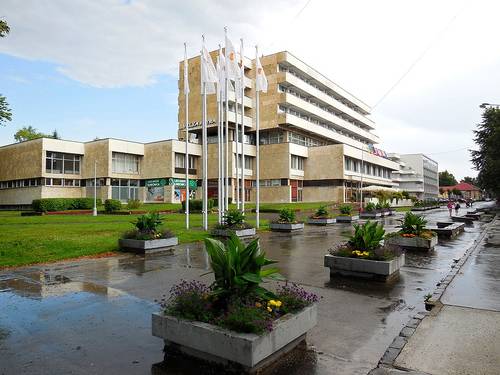 After completing the walk through the city and trying out the local spa, i.e. waterpark we just say that Turcianske Teplice is picturesque, "healthy" town that literally stole our heart . Definitely we would like to come back here.