We start walking around the village at the end of Trnavská street, where the Hoferský cross is located. It is a wooden cross with the figure of the crucified Christ. It is located next to the road leading to Hrnčiarovice. 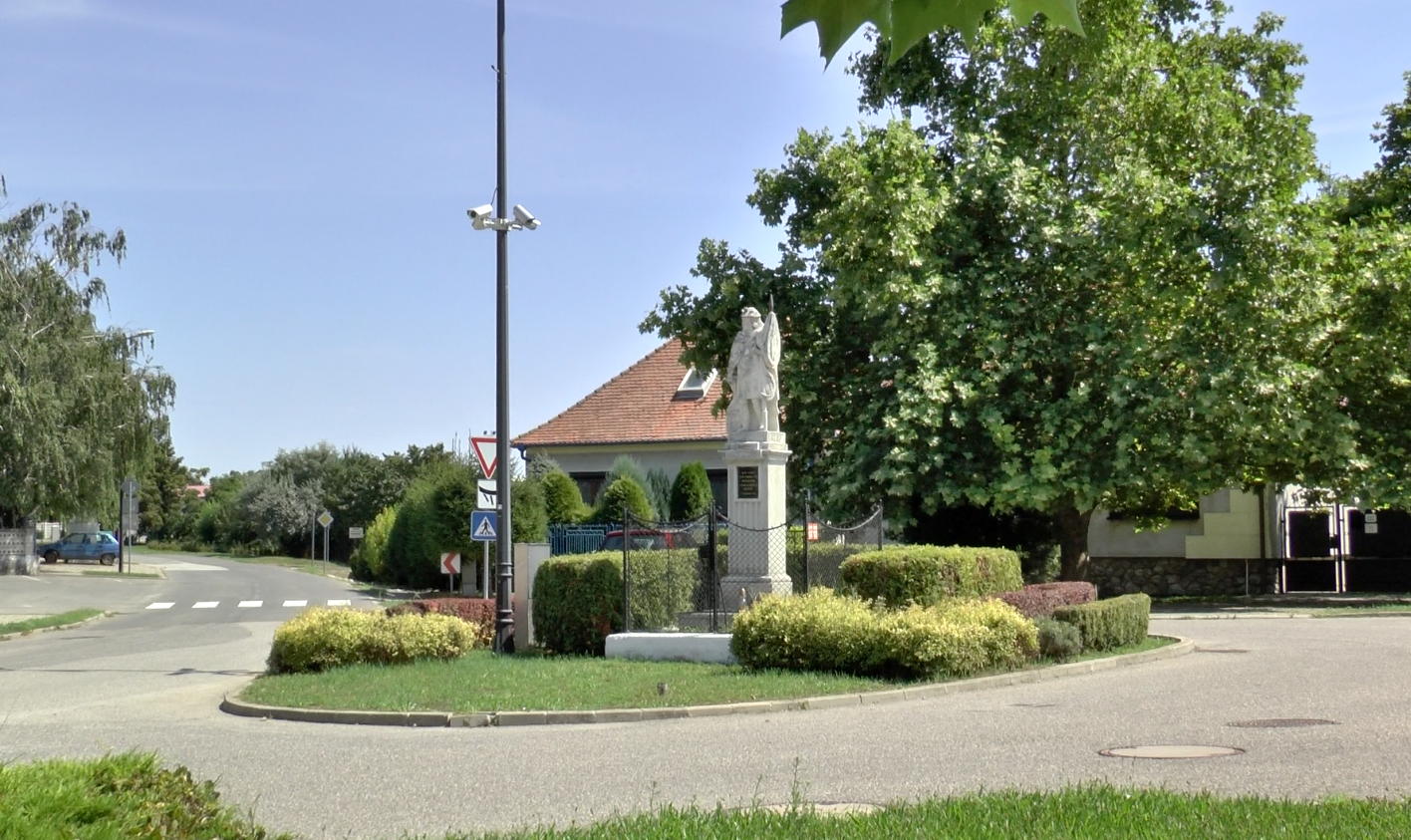 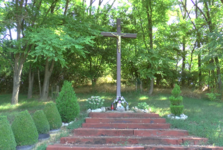 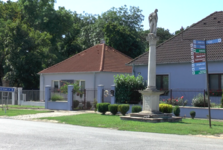 From the Hofer Cross we return to the village and on the right we stop at the chapel of St. Vendelín. Its origins probably date back to the 18th century and were renovated in 1995. Next to the intersection of Trnavská, Cíferská and Podhájska streets is a classicist statue of St. New Year's Eve from 1800. 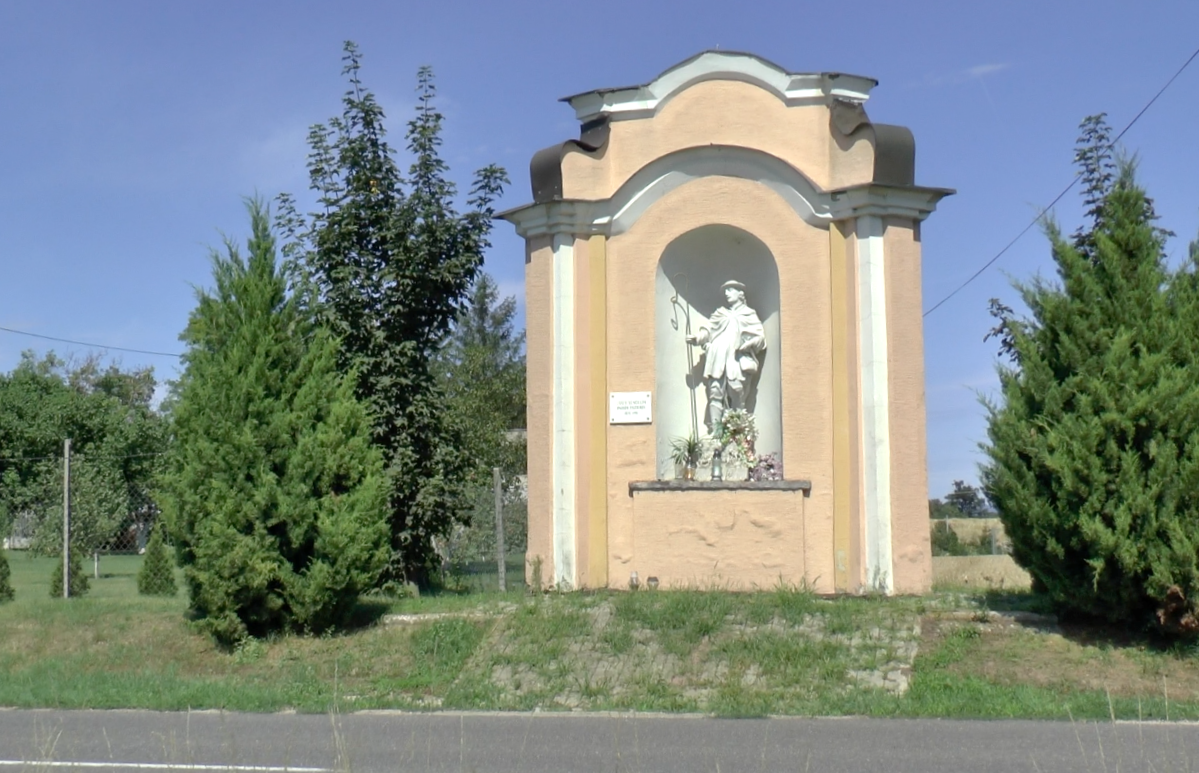 In the immediate vicinity of the village center is a huge park, which in the past belonged to unique European locations. You will find here several exotic woods, such as sofort, catalpa, ginkgo, lily of the valley, etc. In the near future, revitalization of this natural gem is planned, along which a botanical nature trail will be established. 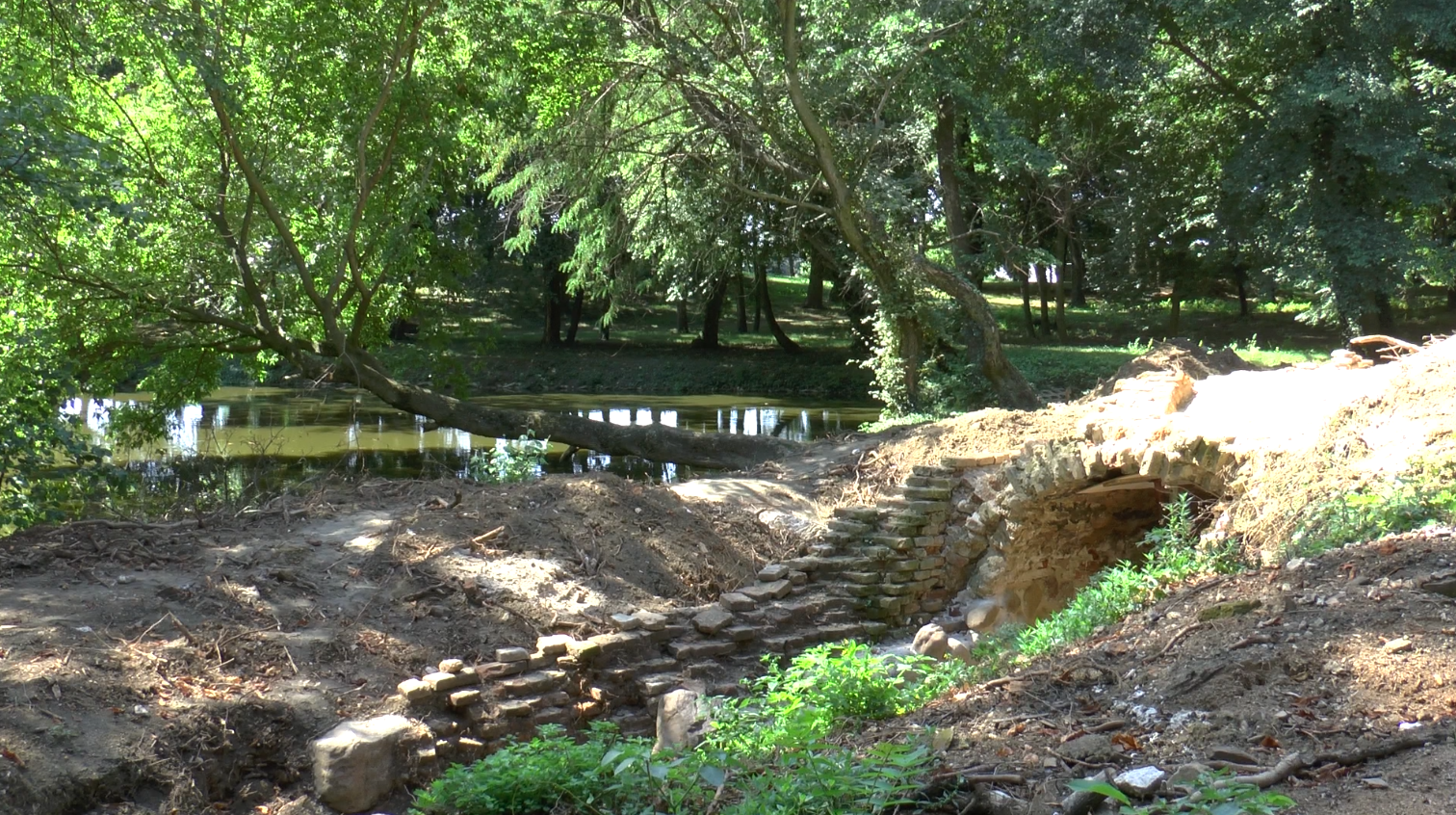 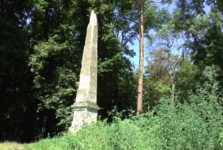 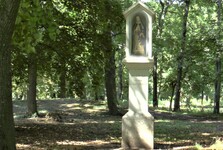 Several centuries-old oaks in the woods behind the park deserve attention, but the unwritten dominant of the park is an artificial cave (grotta) with stalactite decoration, designed by Bernhard Petri. The cave used to be a place of refreshment, a shelter and a food store. It is currently undergoing reconstruction, which will aesthetically enrich this natural space. 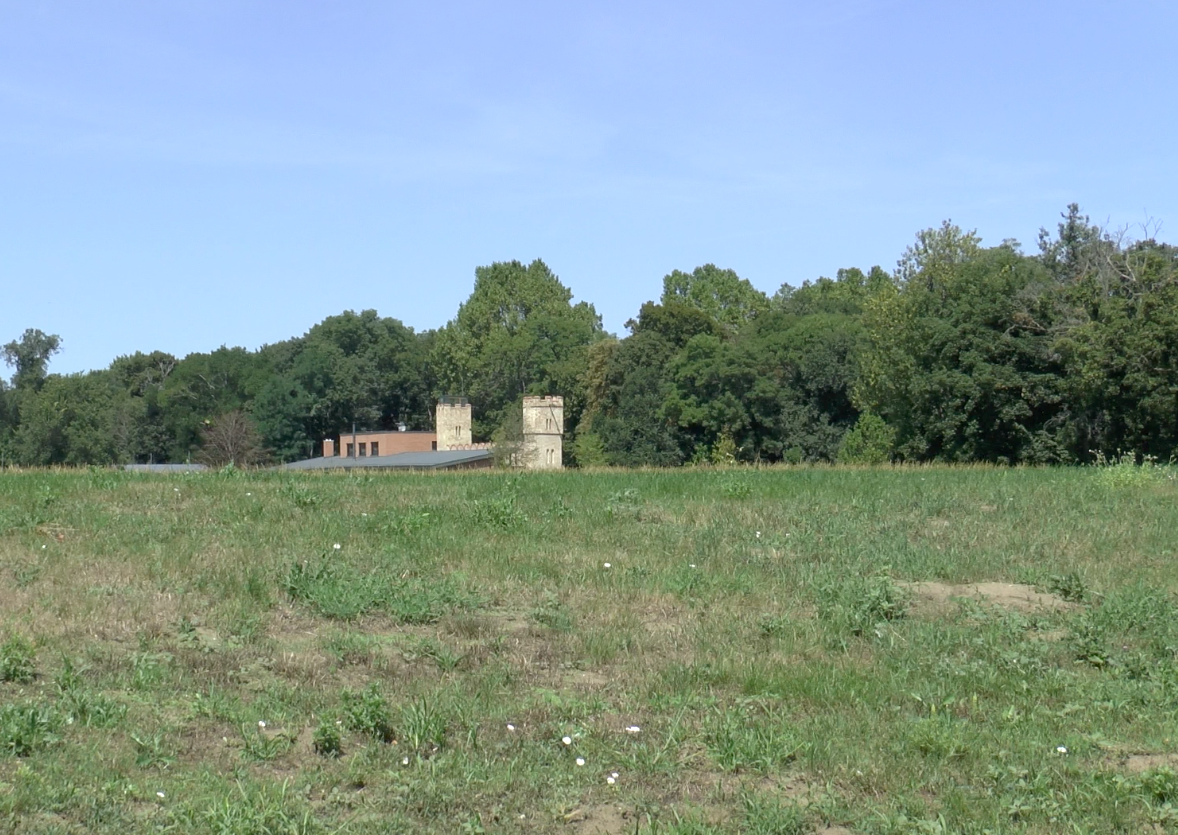 A 12-meter obelisk with a Latin inscription rises on a hill on the right side of the park: NATURAM PINXISSE PARUM EST, NISI PICTA VENUSTE RIDEAT, ET LAETOS OSTENDAT SPLENDIDA VULTUS. VETUSTAS AVORUM SEDES SUO RESTITUIT NITORI 1794. C.F.Z. The Chapel of the Virgin Mary is nearby. The ruins of the castle are definitely worth mentioning. 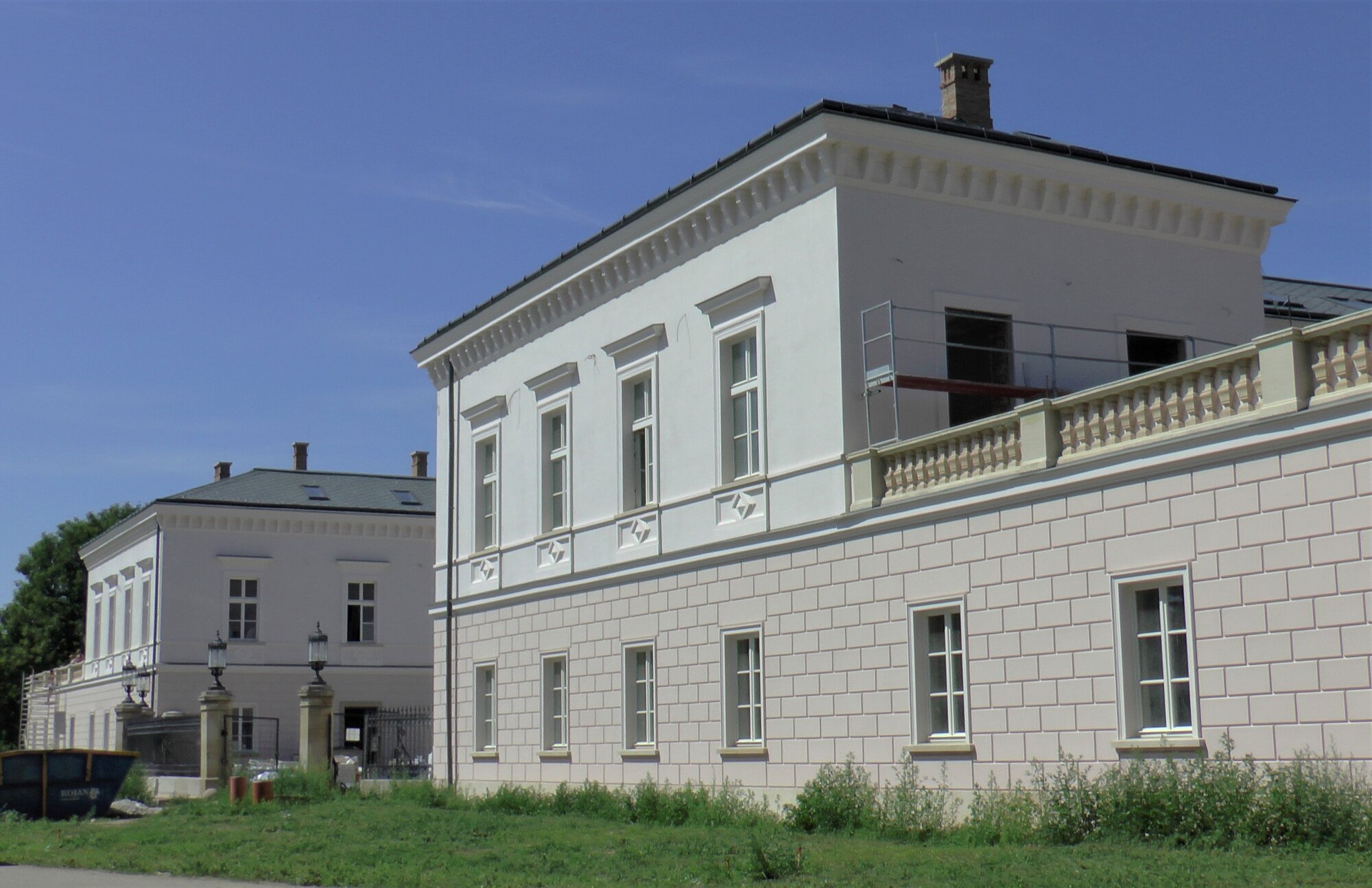 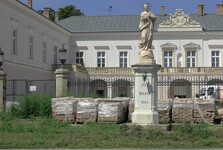 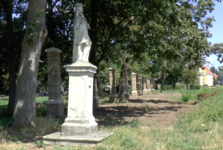 The absolute dominant feature of the village is the chateau, about which we still do not know when it was built or who built it. Its antiquity is pointed out mainly by the vaults of its ground floor, which date back to the 17th century. We know from history that one of the most important Hungarian aristocratic families - the Zichy family - took part in improving this beautiful building. The first description by Matěj Béla from 1736 states that the chateau is in poor condition. The announcement of the Bratislava county from 1736 also states that it is in poor condition. Fortunately, an extensive and sensitive reconstruction is currently underway, which should result in partial opening of the chateau to the public, as early as next summer. 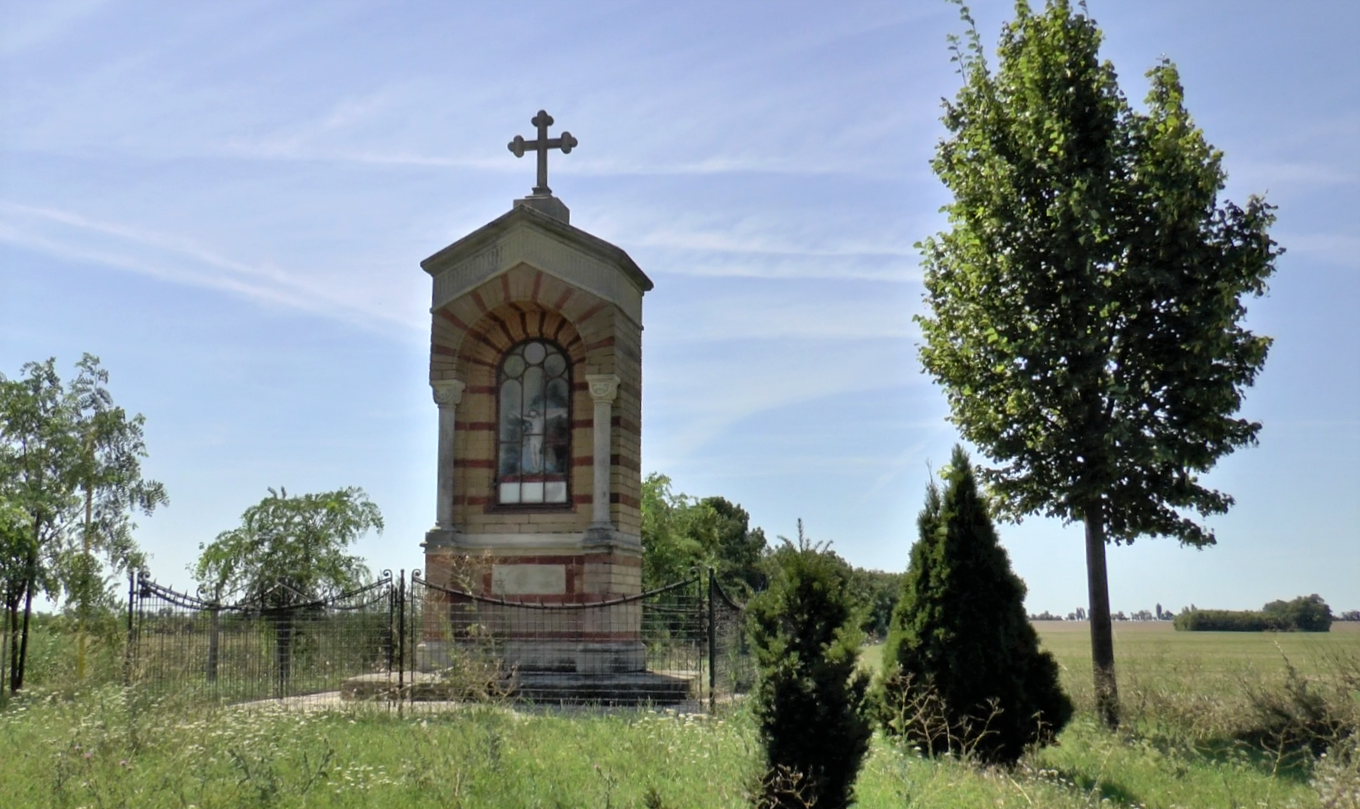 In front of the chateau there is a statue of a saint on a pedestal with stars around his head from 1864. If you go on the way to Pavlice or a dirt road to Velký Grob, you will find the neo-Romanesque chapel of the Holy Trinity from 1869. 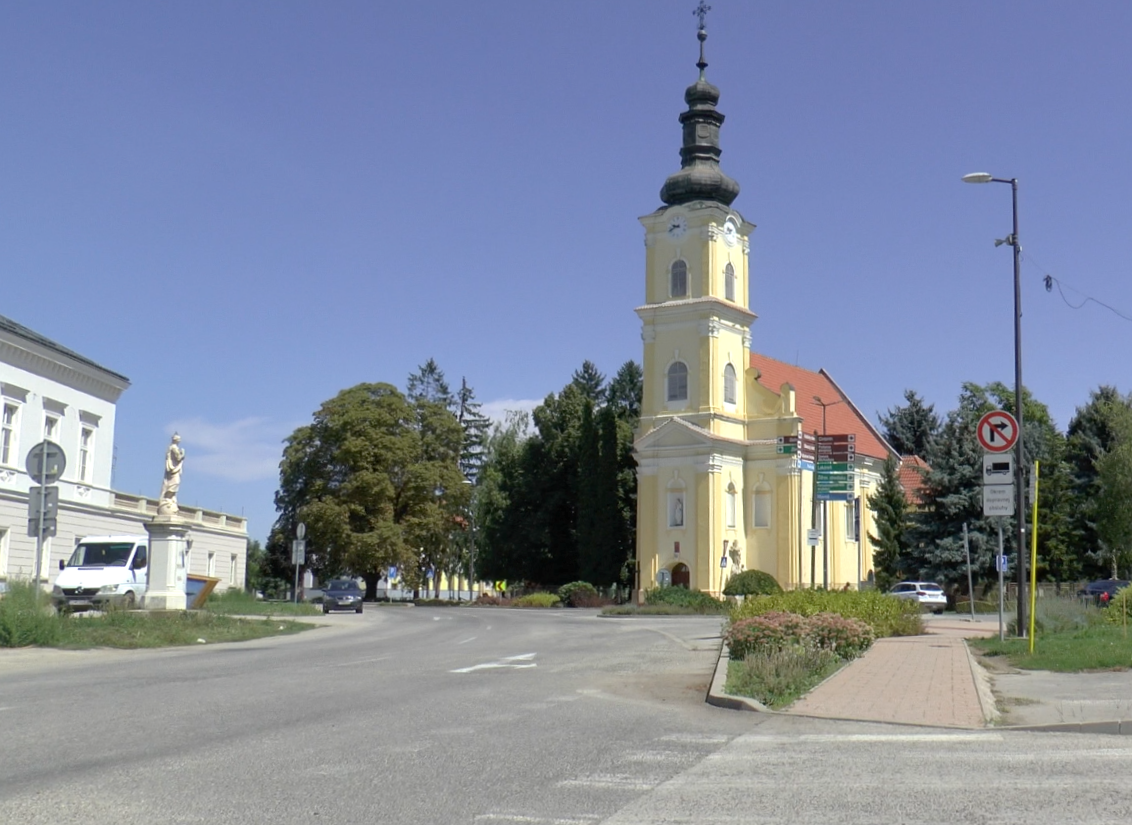 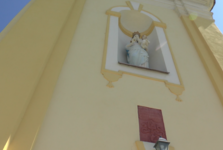 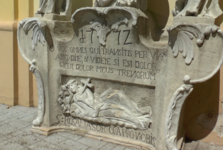 Another of the inseparable sights is the church of St. Andrew from 1692, which stands on the central square. It is a parish Baroque single-nave church with a three-storey church tower. Above the entrance is a stone coat of arms of the Baranyai family with a cartouche. It is interesting that the coat of arms is fitted upside down, which in heraldry means the cessation of the use of the coat of arms by the genus (one of the reasons could be the extinction of the genus). 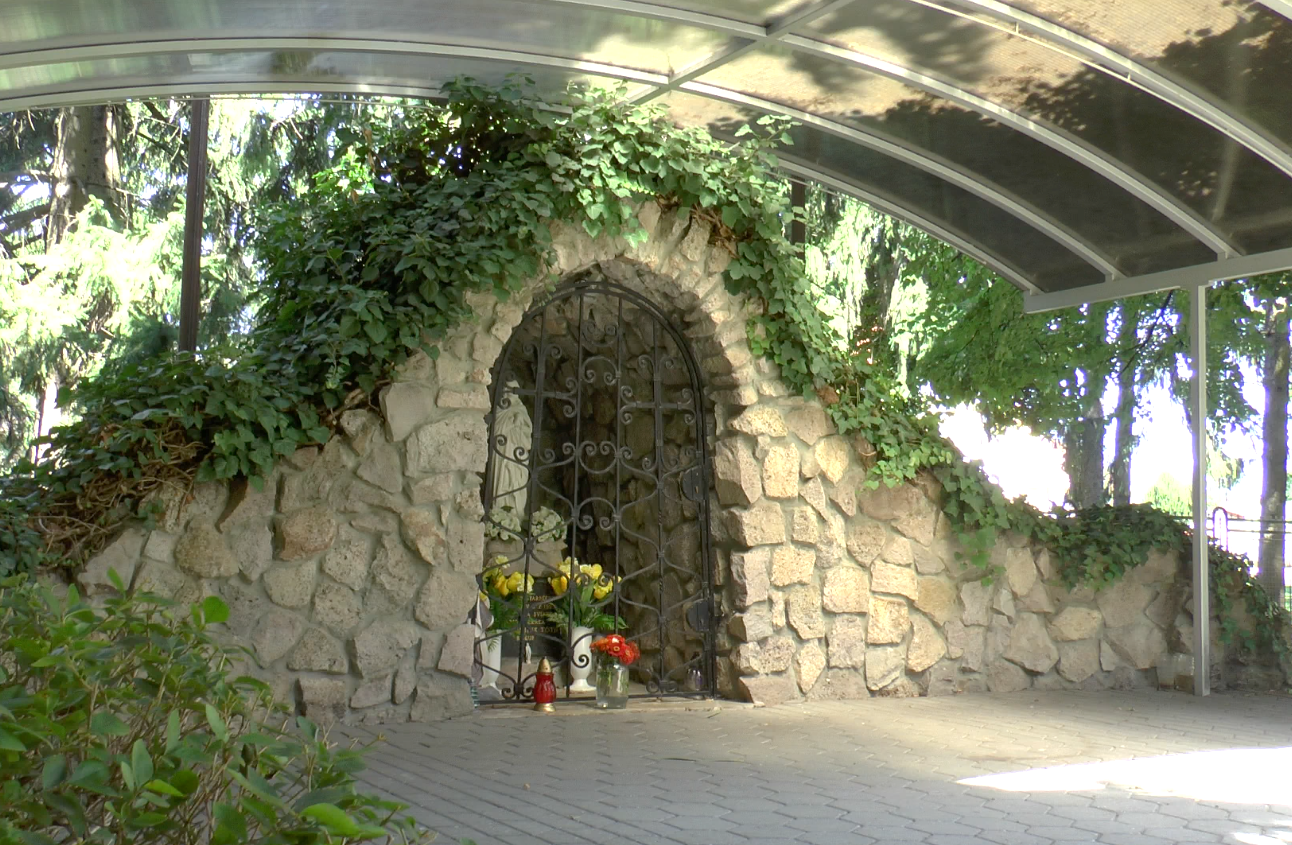 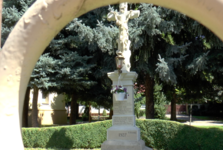 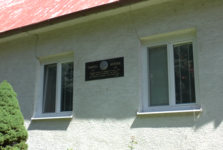 From the side of the church there is a Rococo and stone Calvary from 1772 and on the right is a monument in memory of fallen soldiers in the First World War. Behind the church is a small but nicely landscaped garden and on the left is the cave of the Virgin of Lourdes. The park is complemented by the rectory building, on the facade of which is a memorial plaque dedicated to the chaplain and Slovak textbook translator Andrej Kubin. 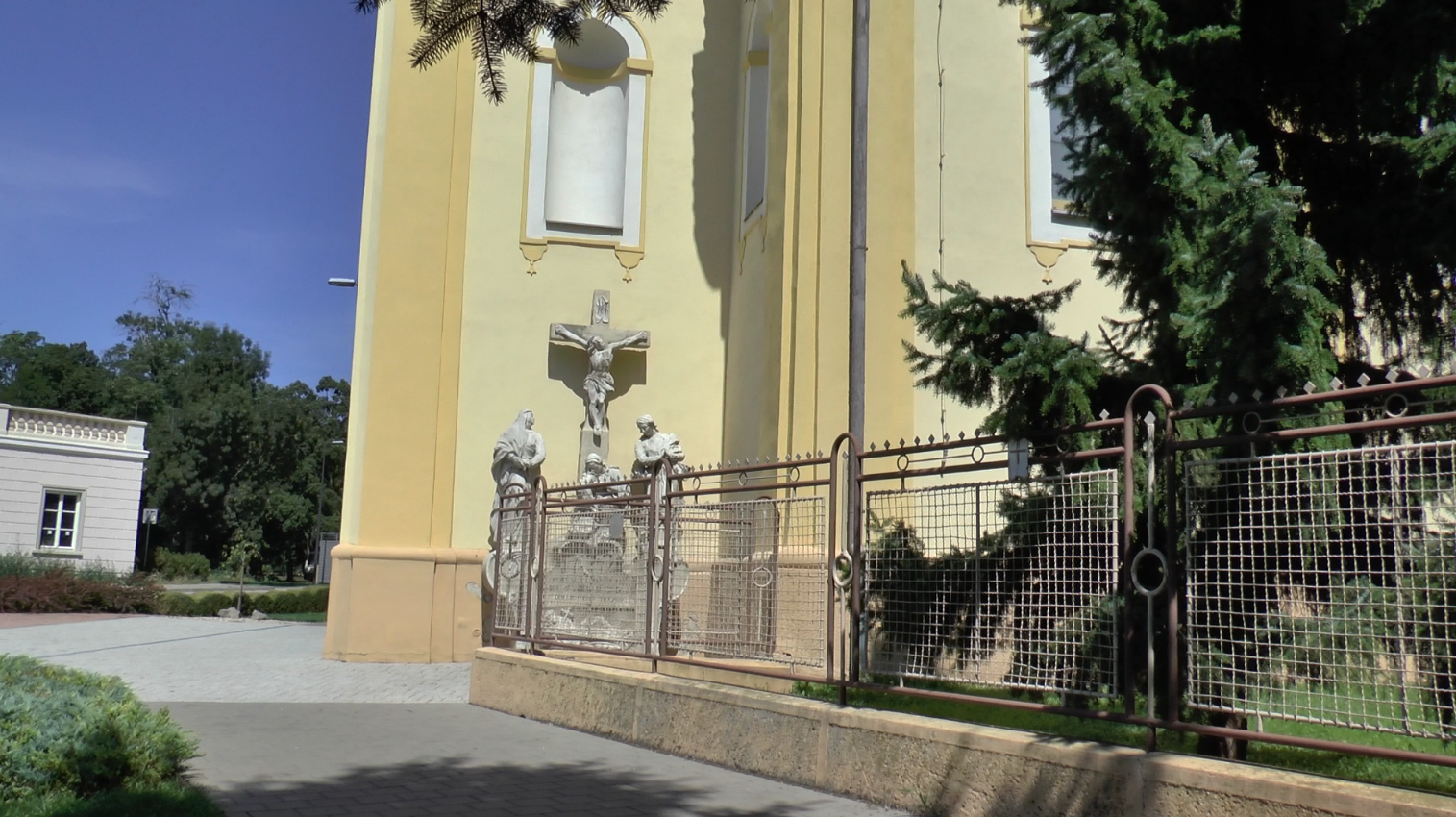 On Hlavní street towards the cemetery stands a statue of St. Florian from 1840. The cemetery itself offers a central cross from 1796 and a relatively new sculpture with a motif of the Lord Jesus in Gethsemane. 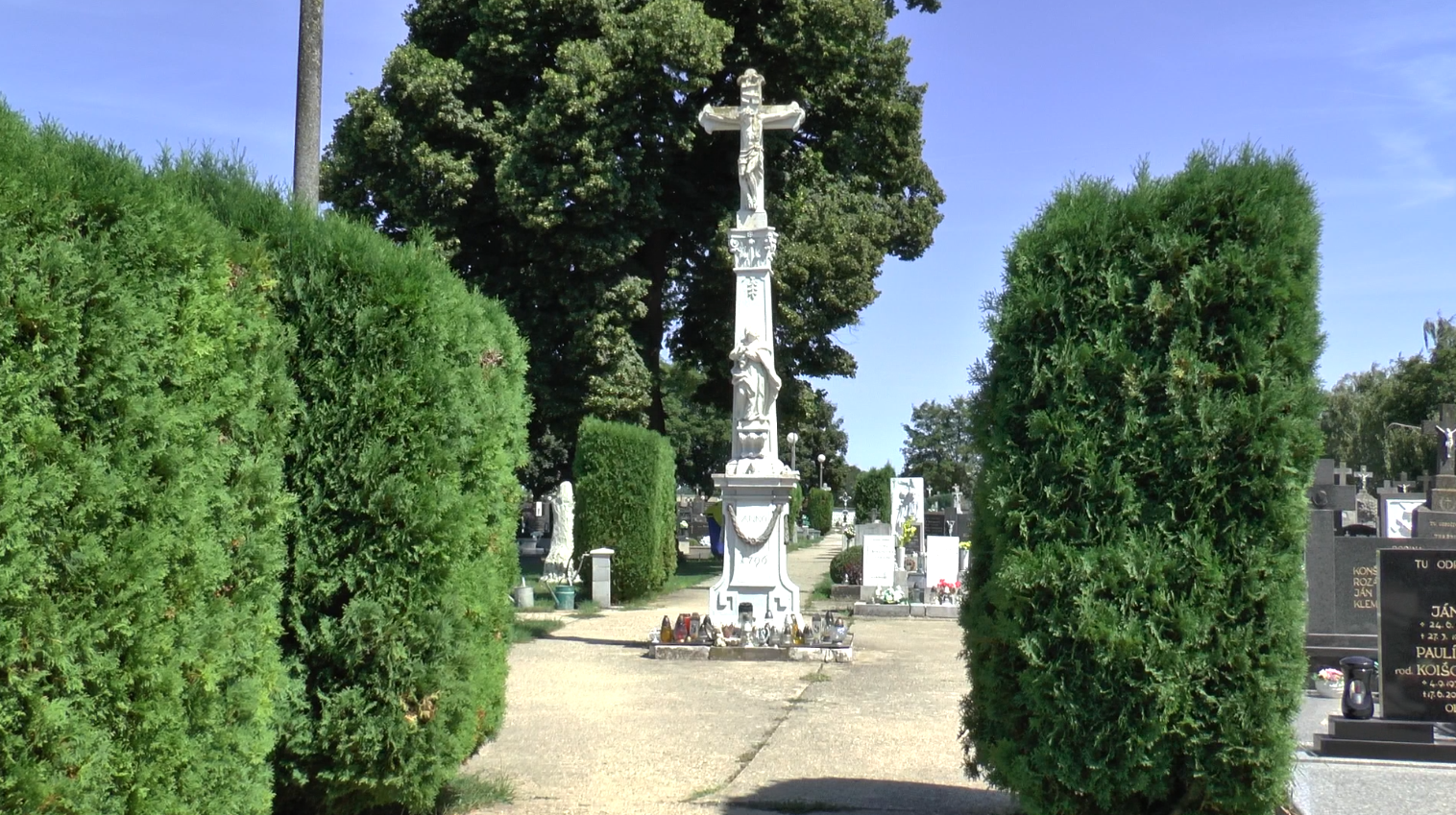 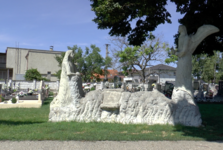 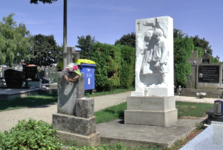 If you return from the cemetery to the village center, notice the memorial stone dedicated to Jan Koniark. It is located in the aforementioned park with a pond and fountain. 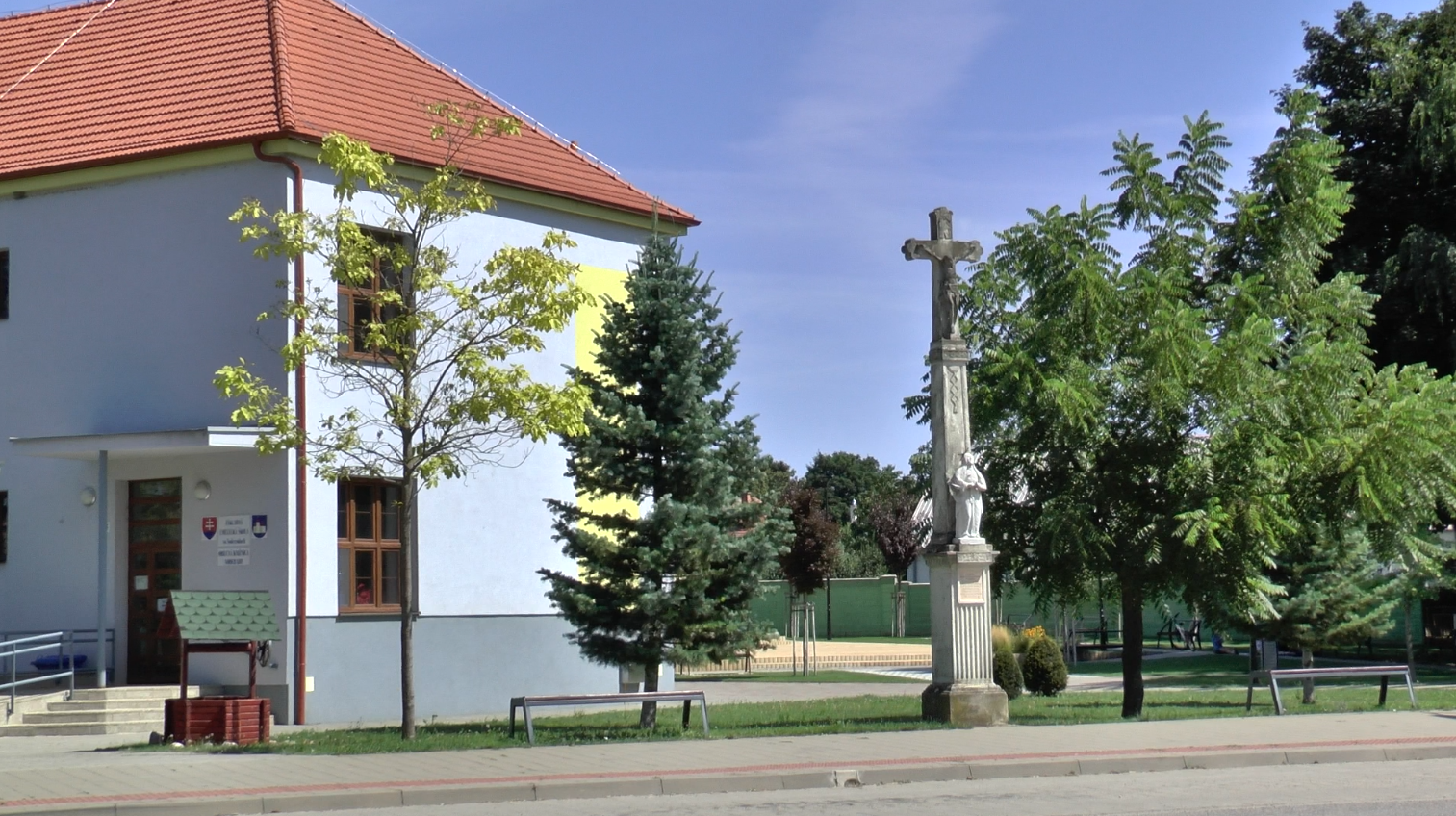 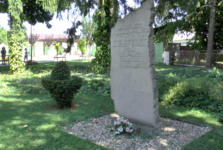 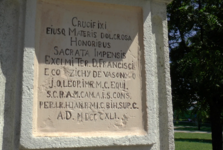